The Crowdfunder aims to make cycling more accessible for disabled people in Manchester. 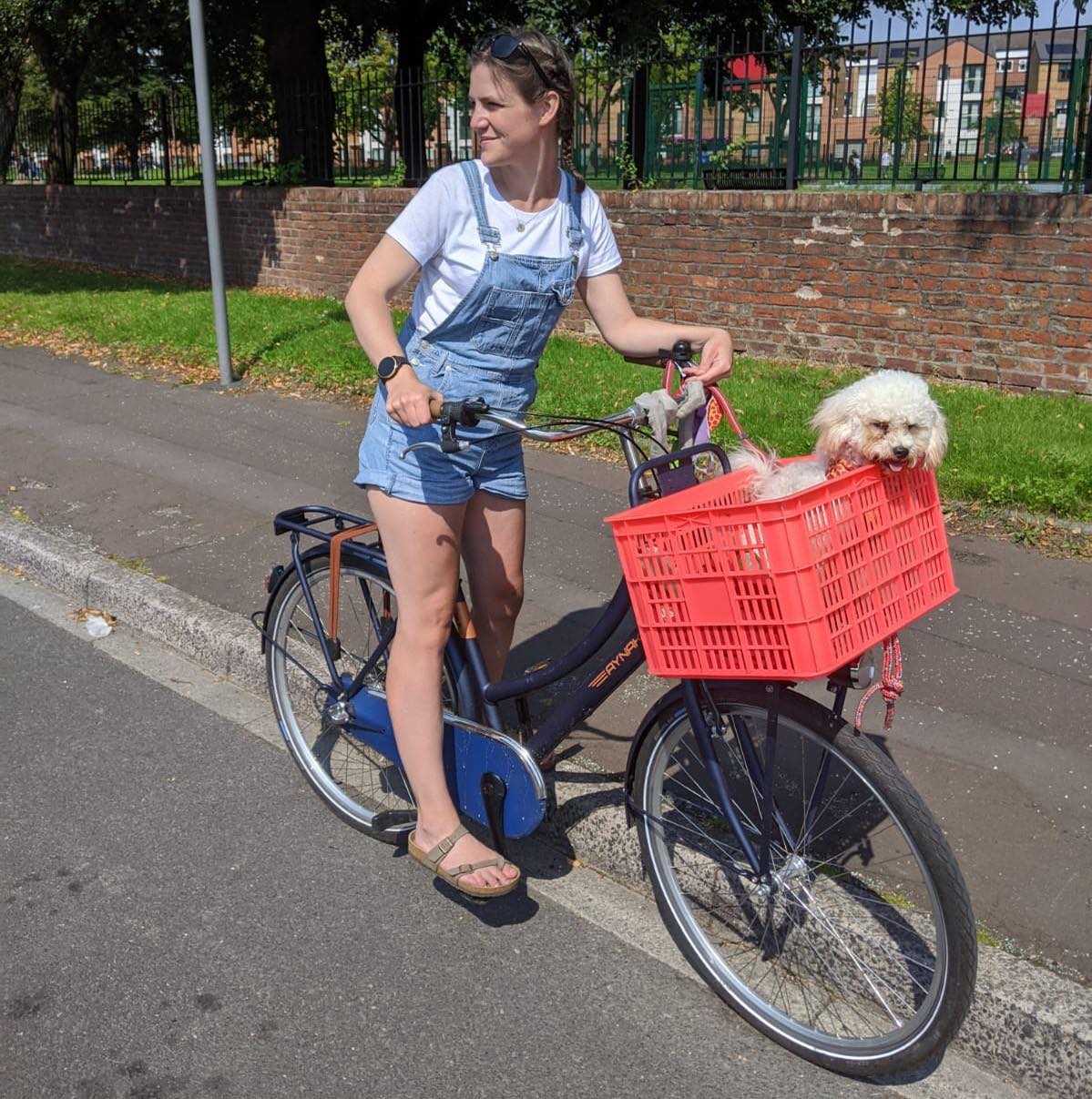 A Salford University researcher who was left permanently disabled after a bike crash is raising money to make cycling more accessible in Manchester.

PHD student Harrie Larrington-Spencer, 30, has set up a Crowdfunder to buy E-Trikes which can be loaned out to those who need it, for three months at a time.

Harrie, who lives in the city centre with her husband Caglar and dog Frida, suffered a brachial plexus injury after a car crashed into her while she was cycling in 2017.

Speaking to The Manc, she said: “I was left disabled after a car overtook me and turned left when I was cycling in Manchester a few years ago.

“The muscles in my left hand are no longer fully functioning, and it became impossible to ride a normal bike.”

Luckily, Harrie could afford to buy a suitable alternative, but this is not the case for everyone.

“Cycling is cheap – unless you’re disabled, and need anything other than a standard two-wheel cycle,” she added.

“I recently ordered a trike so I can continue to transport my dog Frida safely now she is a massive 5kg and it cost the equivalent of a brand-new small car.

“By being able to provide an e-trike free of charge to disabled people on loan for a number of months, Walk Ride GM will provide an opportunity for people to experience the joy of cycling and to work out whether and how cycling can fit into their lives, without having to make a huge initial investment.”

Harrie set up the fundraiser on behalf of Walk Ride Greater Manchester – a group whose aim is to make walking, cycling and other active travel modes modes the natural choice for journeys across Greater Manchester.

So far, the Crowdfunder has raised £10,461 from 164 supporters, with matched funding which Harrie secured from M&S.

She added: “I can’t believe how much has been raised so far. I’m amazed by people’s generosity, especially given the pandemic.”

The more money raised, the more E-Trikes can be purchased.

Funds will go towards the cost of trike insurance and maintenance, in addition to the trikes themselves.

Walk Ride Greater Manchester will also ensure that there is a package of support around disabled people who borrow the trike, such as route planning and buddy cycling.

A Guardian article in 2015 described Manchester as a “terrible cycling city.”

Since then, a number of schemes have been implemented, including in June 2017 when Mobike started a bike-sharing scheme across the city, allowing users to hire bikes via its app.

The service was suspended in 2018, with high levels of vandalism reported.

Meanwhile, Transport for Greater Manchester aspire to “achieve at least a 300 per cent increase in the levels of cycling across the city region by 2025” as part of a cycling strategy.

A new £85m cycling project has been outlined and will bring 55 miles of protected routes and 140 new crossings to roads across Greater Manchester by the end of 2021.