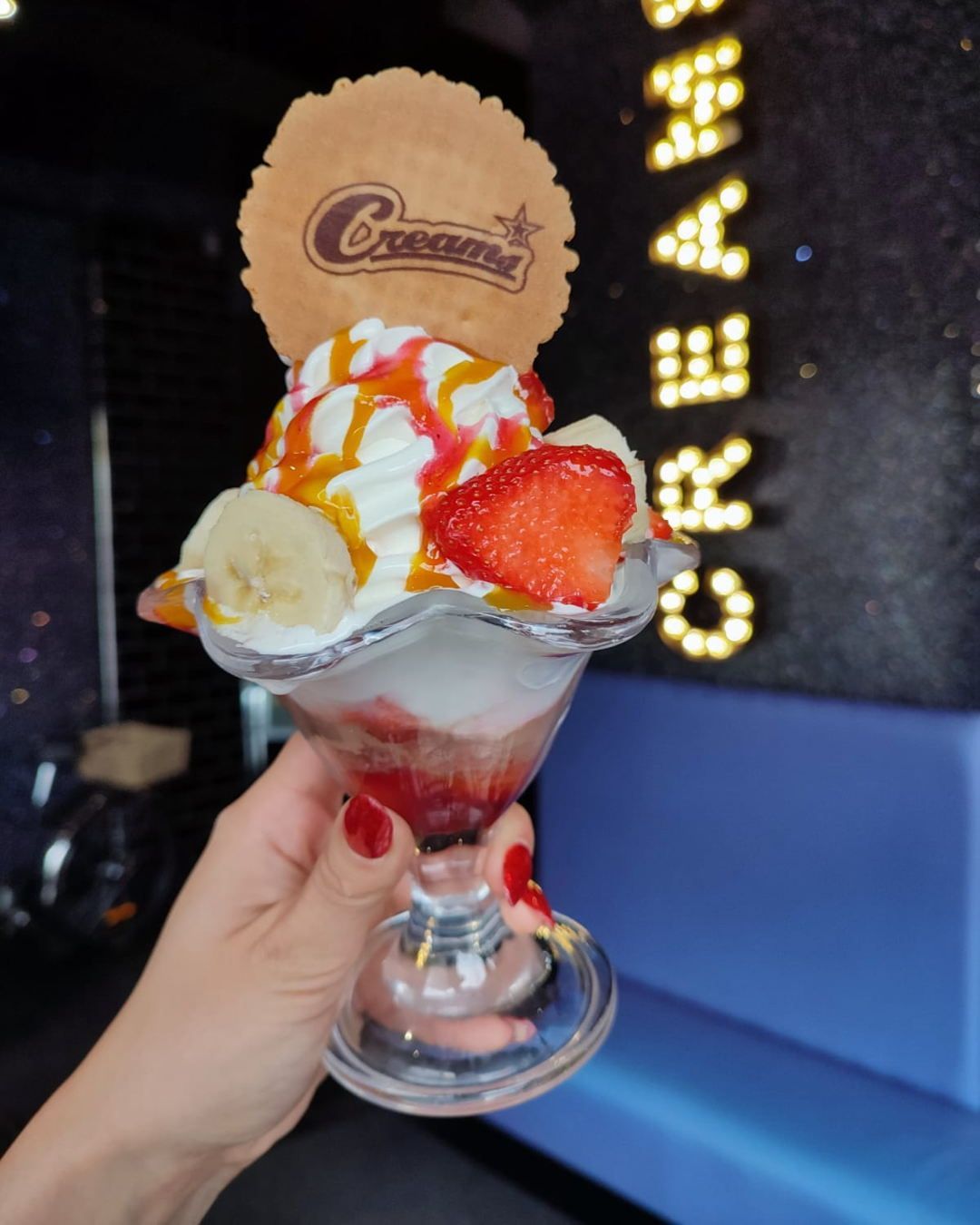 Manchester Arndale has just revealed that Creams dessert cafe will open a huge new site at the centre later this year – bringing its signature ice cream sundaes, milkshakes, waffles and crepes along with it.

The popular UK dessert chain has just signed a 15-year lease on a massive new 2,325 sq ft store in the centre’s Halle Place, where it will join the likes of Archie’s and newcomer Pizza Luxe.

Here, sweet tooths can get their fix on a range of flamboyant and indulgent desserts. From takeaway ice cream cones to boxes of Biscoff and icing-laden donuts and slices of cake, the cafe will sit in an ideal place for shoppers looking for a mid-afternoon sugar lift.

Inside, interiors will focus on a dark colour palette of blues and blacks alongside pops of purple and pink. Walls will be lined with neon signage, BMX bikes and skateboards.

The move is part of a large expansion for Creams, which now has over 100 restaurants across the UK.

It is the second Creams site for Manchester, building on the popularity of its Cheetham Hill cafe which first opened in 2017.

As well as Creams Cafe, Manchester Arndale is due to welcome another leading food and drink brand later to the centre later this year – although the exact details surrounding the offering are being kept firmly under wraps for now.

“We hope to announce further new lettings and leasing activity across the centre as we seek to maintain Manchester Arndale’s position as a premier retail and leisure destination in the UK.”

Othman Shoukat, managing director for Creams Café, said: “We’re thrilled to be opening in
the iconic Manchester Arndale and we’re confident that Creams Cafe will be a very welcomed
addition to the shopping mall’s already impressive line-up of food and beverage outlets.

“With one successful restaurant already operating in Cheetham Hill, we look forward to bringing our delicious desserts to even more of the Manchester community.”

Colin Flinn spokesperson for Manchester Arndale said: “We are delighted that lettings activity
remains strong at Manchester Arndale, and we welcome our new arrivals to the centre as we
continue to grow our F&B and leisure offering.

“We are also pleased to announce new lease renewals for Pizza Hut, Café Nero, and Dr Martins, as well as the upsizing by Pandora, as it highlights their commitment to – and faith in – the long-term performance of Manchester Arndale, recognising its place as a leading destination which continues to attract millions of visitors from across the North West and beyond.”

An opening date for Creams is yet to be announced. For now, you can visit the site in Cheetham Hill and keep up with them on social media here.