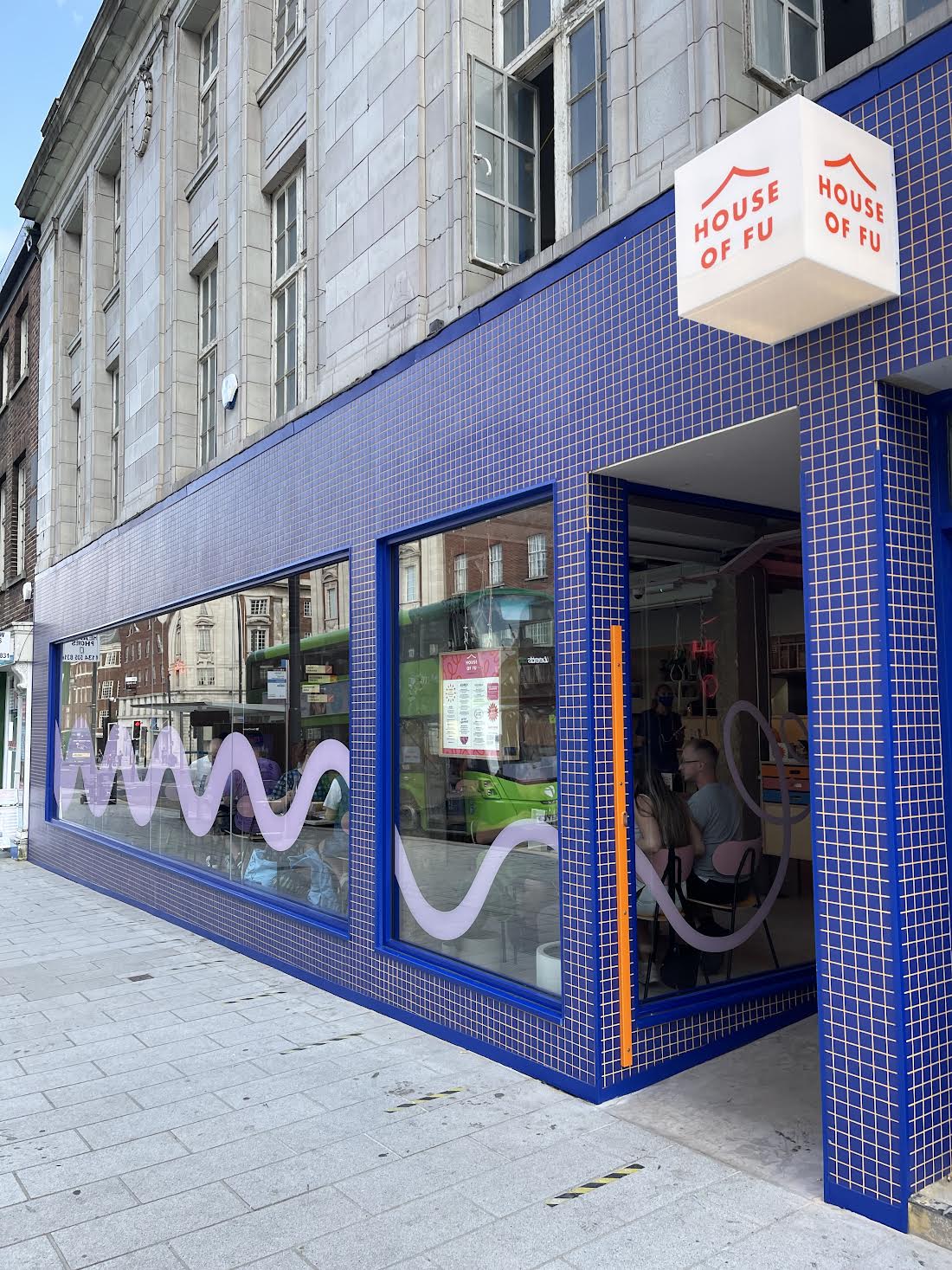 House of Fu, the popular Yorkshire ramen restaurant with a huge following in Leeds, is making its way over to Manchester.

Eyeing up a new home on Portland Street, the restaurant has submitted plans with Manchester City Council to take over the former Leaf site.

Having first begun life as a street food pop-up, House of Fu has revealed it will bring its Toyko and LA-inspired Japanese dishes across the Pennines for the first time – just a year on from opening its first brick and mortar site in Leeds.

Brought to Manchester by the team behind Leeds’ Belgrave Music Hall, Headrow House and Ox Club, diners can look forward to a range of different umami-rich ramen and noodle dishes, as well as dumplings, small plates and sides when it opens its doors later this year.

From homemade gyoza to handmade noodles sourced right here in Manchester, there’s a lot to get excited about – all thanks to head chef Ben Iley, who spent nearly a decade at some of Japan’s finest restaurants before coming home to work on the House of Fu project.

With an impressive CV that includes Aquavit, The Tokyo American Club and Fujimamas, he landed in Leeds following nine and a half years Japan, only to be introduced to the Belgrave team ‘the very same day.’.

From that initial introduction, it would take six years for the concept to fully come to fruition – first beginning life as award-winning street food pop-up Fu-Schnickens before ultimately becoming the ramen restaurant it is today, with Ben taking a short detour into live fire cooking as the Head Chef at Ox Club somewhere in the middle.

When House of Fu opened in Leeds last summer, he told The Hoot: “I first met these guys and we spoke about doing this in 2014.

“The year that I was over in Japan, the guys behind this, Ben Davey included, who was working in Belgrave at the time, had a pop-up […] doing bao buns, chicken wings and that kind of thing, and that’s the year that they won best street food of the year or whatever it was, so they thought right, ok, we’ve got something here, let’s expand and look at building a restaurant, let’s do ramen […] and so they needed to find someone who could do ramen.

“Probably the day that I arrived back from Japan, a mutual friend between myself and Ash hooked us up and said ‘this guy’s just come back from Japan, these guys want to do ramen, like off you go!’ and I was like ‘wow, what an amazing opportunity.'”

In the summer of 2019, ahead of opening the first House of Fu site, Ben took the directors on a intense three-night dash through Tokyo – all eating and drinking their way in a blur across the city in the name of research.

Ramen choices range here from classic tonkatsu broths to miso chicken and mushroom options, and a special ‘green ramen’ made using a shitake dashi. Prices sit between £12 and £14 for ramen bowls, with diners given the option to add on ingredients to suit themselves from just £2 each.

There are also rice bowls and ‘super bowls’ to choose from, as well as sides like kimchi, chilli crunch rice and a ‘sunshine salad’ with Japanese radish, mizuna, jalapeno and yuzu.

Read more: A tiny Brazilian bakery is opening on a backstreet in Ancoats

Having been incredibly well-received in their hometown, House of Fu is now branching out with a second site here in Manchester.

The new restaurant is tipped to open in early 2023, although an exact opening date is still yet to be confirmed.

Owners Simon Stevens and Ashley Kollakowski said of finding their ideal Manchester site at
Bruntwood Works’ West Village Building: “Manchester is home to some of our favourite restaurants and shops and it’s been great getting to know the city a little more whilst looking for a home for House of Fu.There’s such an exciting food scene in Manchester and there seems to be more great openings announced every week, we’re really excited to be part of it!”