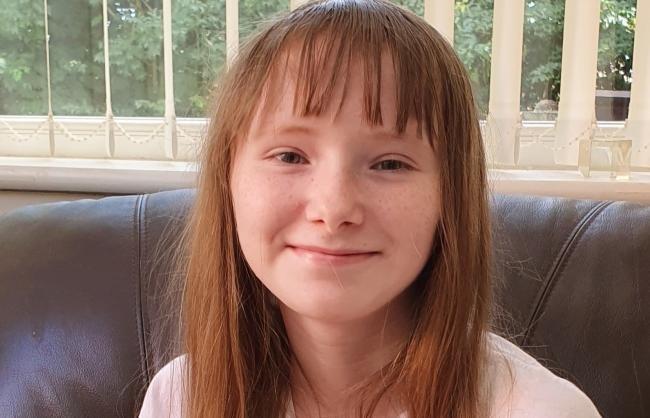 A driver who struck an 11-year-old girl in Radcliffe, then drove off and left her lying in the road with catastrophic injuries, has been jailed.

Ruby Cropper died after being hit by the car driven by Andrew Cairns on 10 August 2020.

Cairns, of Rupert Street, Radcliffe, was found guilty of causing death by dangerous driving at a trial at The Hilton Nightingale Crown Court in January, and has today been sentenced to five years in jail.

He will also be disqualified from driving for seven years.

Ruby’s parents have spoken of their heartbreak, saying their ‘world ended’ when they saw their daughter ‘unconscious and dying’.

They also said that Ruby’s organs were donated, adding: “Our brave, selfless girl saved three people with her kidneys and liver.”

Ruby had been walking along the pavement with a friend, and was struck by Cairns’ Suzuki Alto while crossing New Road in .

They also reported him overtaking cars and cutting across traffic before hitting Ruby.

The young girl was left with severe head injuries, and died in hospital two days after the collision.

A post-mortem examination concluded that her death was ‘primarily due to brain injury and attributed this to the collision’.

Cairns handed himself into the police, denying that he was driving dangerously but admitting to travelling at excess speed.

“It is not known as to what exact path or speed Miss Cropper ran at, however research shows her time in the road to be between 0.8 and 1.3 seconds. Mr Cairns could not have avoided this collision at the speed he was travelling.

“However, had Mr Cairns been travelling at the speed limit, Miss Cropper would have had time to pass across the front of his vehicle without him having to take any evasive action.”

Lead investigator, PC Phil Drummond, from GMP’s Serious Collision Investigation Unit, said: “For reasons only known to himself, Cairns chose to drive in a way that would inevitably end in disaster.

“His reckless actions had the most severe of consequences; the life of a young, innocent girl ended and a family torn apart.

“As quickly as he took Ruby’s life, he fled the scene without any thought for her, leaving decent members of the public to rush to her aid.

“While Cairns admitted to causing Ruby’s death at an earlier hearing, he failed to recognise and take responsibility for his sustained, despicable course of driving.

“Furthermore, only six months later and while on bail, he continued to drive without regard for public safety and was caught speeding, showing a complete and utter lack of remorse.

“Thankfully, 17 months after the collision, a jury saw through Cairns’ inconsistent account and rightly convicted him of causing Ruby’s death by driving dangerously.

“I wish to thank Ruby’s family for their patience and compassion throughout the entire investigation. I hope this serves to bring them some level of closure.

“Furthermore, I would like to take the opportunity to commend the efforts of the members of public who not only aided Ruby until paramedics arrived but furthermore, appeared in court to give evidence, ultimately reliving their horrific memories.

“I hope this serves to reassure our communities and a reminder those who seek to put them in danger – the Serious Collision Investigation Unit is dedicated to our work and will continue to prosecute them.”

Shelley Booth (Ruby’s mum): “From the very moment I received the call from my husband telling me that our beautiful daughter Ruby had been run over, life has never been the same.

“The shock of seeing her unconscious and dying in front of me is the worst thing I have ever had to deal with in my life.

“I couldn’t understand how my gorgeous, happy girl, who would help anyone, had been run over and left in the road, and that the driver didn’t have the heart to stop and help her, not even ring an ambulance.

“Our world ended at that point. We had lost our ray of sunshine. Our girl was always positive, a kind, caring and funny girl who had her whole life ahead of her.

“We will never get to see her prom, her first day at college and at university. We won’t see her get married or become a mum. We will never see what life she would have had.

“No sentence will ever be enough, as we have to spend the rest of our lives without our beautiful, kind, caring and funny girl. She was the brightest light in the darkest room. We miss her so much.

“Ruby would have died on the 10 August but, because she was an organ donor, we had until the early hours of 12 August to say goodbye.

“We lay with her and played her favourite music, took her hand and foot prints, told her how much we loved her and were there until her last breath.

“Our brave, selfless girl saved three people with her kidneys and her liver. They have frozen her heart valves for possible matches in the future.”

Read more: You can now see exactly how Uber drivers have rated you as a passenger

Ian Cropper (Ruby’s dad): “After it all happened, I was angry for a long time. I didn’t care about anything, life just became pointless and my reason for being wasn’t apparent anymore.

“Every day merged into one and they felt endless – no work, no sleep, no one to talk to that could understand the way I was feeling – I was lost in my own bubble of anger that I couldn’t allow anyone in to, it was too hard.

“Ruby was my whole world, she was my best friend and absolute love of my life – Ruby made me the person I am. She made me a Daddy, she made me see the world differently, she made me strong when I didn’t feel it, she made me happy when I was sad – she was my EVERYTHING and it’s hard to put into words the loss I feel.

“I am not sure there are enough words in this world to try and describe a world without Ruby in it.”