Whilst e-cigarettes are not risk free, they are believed to be less harmful that smoking tobacco - so ministers are considering making them available on the health service. 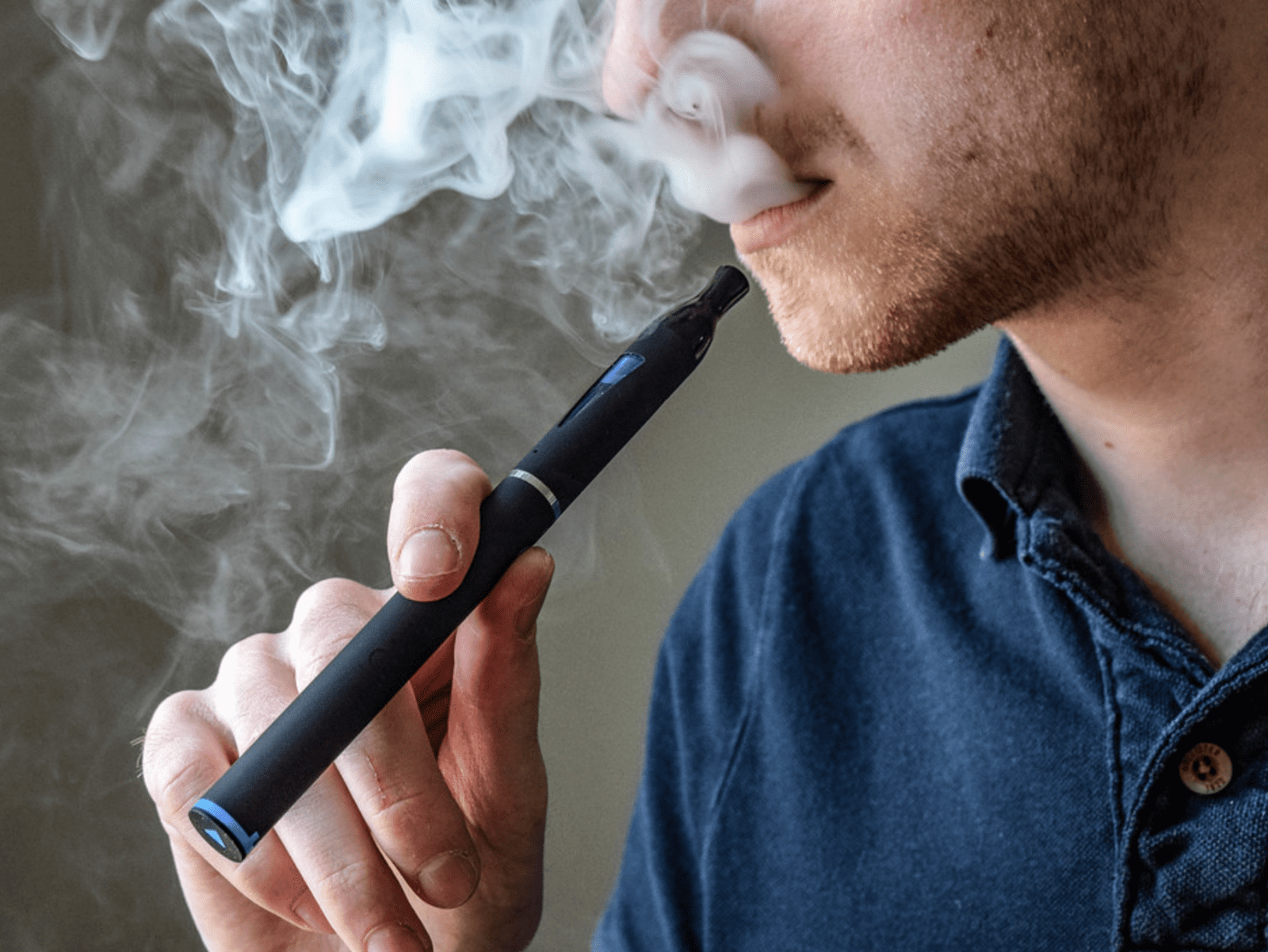 Doctors may soon be able to prescribe e-cigarettes on the NHS in a bid to help smokers give up tobacco for good.

Smokers trying to kick the habit may soon find that their GP can make an e-cigarette available to them on prescription, after the government has said it is considering making vapes available on the health service.

Guidance from the medicines regulator is due to be updated in England, and the addition of e-cigarettes is on the governments’ agenda.

If e-cigarettes were to be made available, it would be a world-first – with England becoming the first country to offer licensed vapes to patients via its health service.

Pointing to statistics that say 64,000 people died from smoking-related causes in 2019, Health Secretary Sajid Javid says the government wants to help people kick the habit – and think this is the way forward.

Whilst vaping products are not risk-free themselves and contain nicotine, just like cigarettes, some experts do believe they are less harmful than smoking tobacco.

According to Ash.org, there are around 6.9 million adult smokers in the UK. The organisation also notes that since the 70s the proportion of people who have never smoked has increased massively – from 37.4% in 1974 to 60.4% in 2019.

Meanwhile here ere in Manchester, it’s estimated by Manchester.gov that there are around 91,500 smokers aged 18 and over – equivalent to 21.7%.

Speaking on the plans to introduce e-cigarettes to the NHS, Mr Javid told The Mirror: “This country continues to be a global leader on healthcare, whether it’s our Covid-19 vaccine rollout saving lives or our innovative public health measures reducing people’s risk of serious illness.

“Opening the door to a licensed e-cigarette prescribed on the NHS has the potential to tackle the stark disparities in smoking rates across the country, helping people stop smoking wherever they live and whatever their background.”

The government has also said that e-cigarettes are “highly effective” in helping people quit, pointing to research that shows more smokers choose vapes (27.2%) than patches and gum (18.2%).

New rules from the Medicines and Healthcare products Regulatory Agency would mean in order for vapes to be approved for use on the NHS, firms would have to ask the watchdog – just as drugs and vaccine producers do.

Once an e-cigarette is granted MHRA approval, it would then be up to doctors to decide on an individual case basis whether a prescription would be suitable for a patient.

Deborah Arnott, of the campaign group Action on Smoking and Health (ASH), said: “Just as the MHRA led the world in licensing vaccines for COVID-19, today it is leading the world by backing medicinal licensing of e-cigarettes.

“This is entirely justified, as the Chief Medical Officer Chris Whitty has pointed out, smoking is likely to have caused more premature deaths in the UK last year than the Covid pandemic.

“Thanks to vaccines, Covid-19 is being brought under control, but smoking will kill as many people this year as last.

“With nearly 7 million smokers in the UK, smoking will continue to kill people for many years to come until we make smoking obsolete.

“Smokers find it hard to quit, taking on average 30 attempts to succeed, which is why we need new tools in the toolbox, such as medicinally licensed e-cigarettes.”

“Thanks to vaccines, Covid-19 is being brought under control, but smoking will kill as many people this year as last.