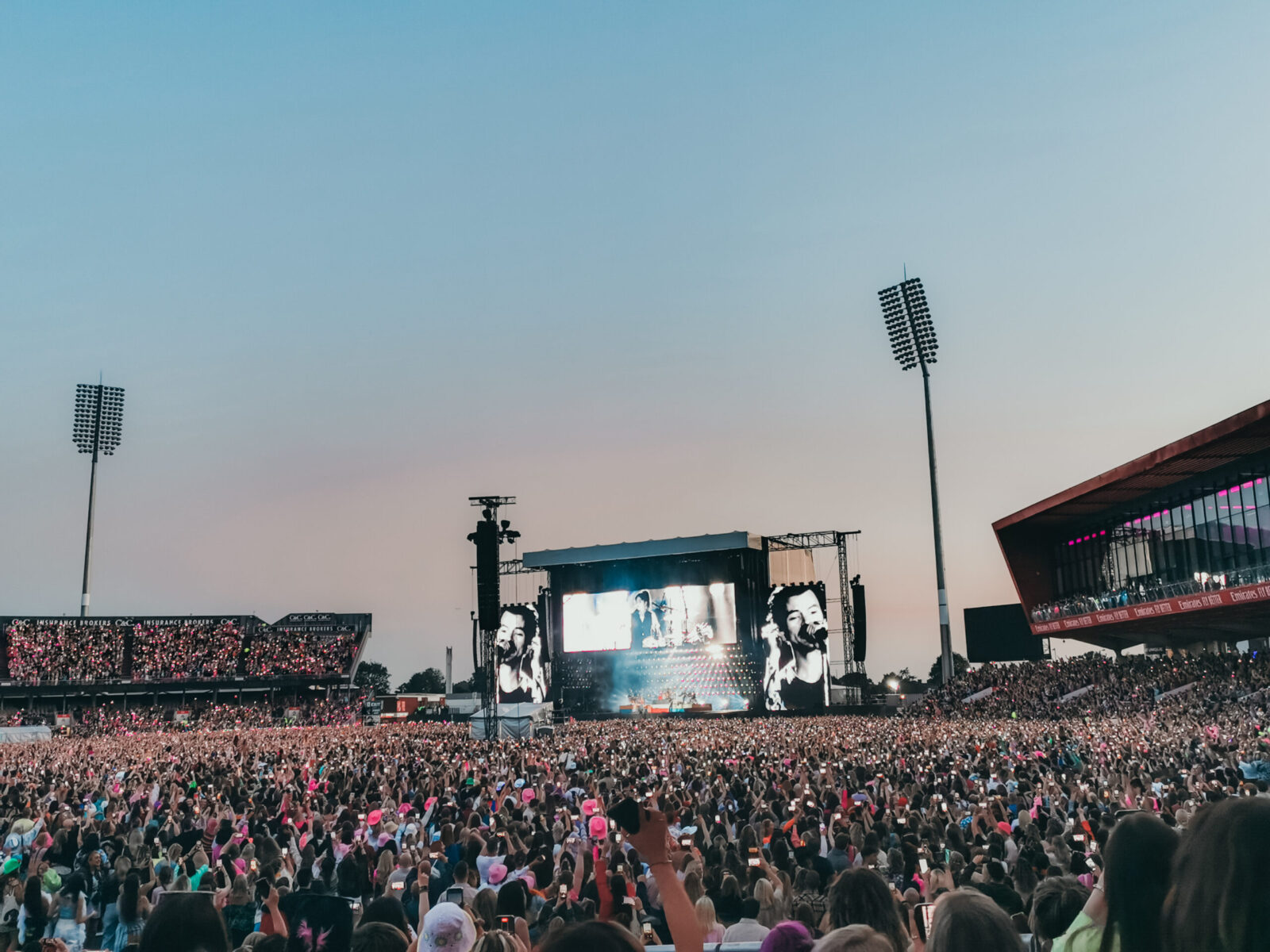 The Emirates Old Trafford cricket ground has addressed claims that the venue was ‘dangerously overcrowded’ at recent concerts.

The Manchester venue has hosted Harry Styles, The Killers and Red Hot Chilli Peppers in the last few weeks as the city’s huge summer of music kicked off in earnest.

With crowds of up to 50,000 for live music event, it’s one of the region’s largest venues.

But fans say their recent gig experiences have been marred by poor organisation and overcrowding.

Dozens of negative reviews and complaints have been filed online from the Emirates Old Trafford cricket ground, saying it’s been ‘overcrowded’, ‘poorly staffed and unsafe’.

The venue has since insisted that ‘guest safety will always be at the heart of the events’ held there.

One video shared by a gig-goer showed a person slumped over on a tarpaulin while another appeared to argue with a steward.

They wrote: “I cannot believe you sold this many tickets and didn’t even check who had seating. I had to help people get out because your stewards were brushing them off as drunk when having a panic attack.”

Someone else wrote on Twitter: “@EmiratesOT is the worst stadium I have ever been too. Awful organisation, poorly staffed and imo unsafe. Lucky not to get trampled on whilst leaving a gig. Overcrowded.”

Another said: “Worst venue I’ve ever attended. Nearly got crushed. Leaving one SINGLE gate unattended for everyone getting in and out. The stewards attitude was disgusting. No crowd control at all. Clearly oversold.”

On TripAdvisor, one person wrote: “Amazed a venue in 2022 could be so dangerous. Massively oversold for the size. From the second you clear security it was absolute chaos and people trapped with no where to move around. Completely trapped and more and more fans pouring in behind.

“We witnessed numerous fans come into medical trouble and the untrained staff just waved them away as if they were drunk. Disabled and families had no way of getting to seating area. Nowhere near enough exits. And then stopping people exiting after the show! If an incident were to have happened this would have been a disaster.”

Another reviewer claimed: “If I could give minus I would! Avoid this venue at all costs if attending a concert. Just been to see the Red Hot Chill Peppers and I can honestly say I have never been to a worse venue.

“The organisation was a complete disgrace. They dangerously oversold it and packed so many people in there was no room to move. Anywhere!!

“We attend gigs regularly all up and down the UK and I have never experienced anything like this! If this is how they run all concerts then it’s a disaster waiting to happen.

“If you want to see your favourite artist perform pick another venue on the tour – one that knows how to run such an event safely. I will never go back there.”

“Our guest safety will always be at the heart of the events we host at Emirates Old Trafford.”