Boxing Day is widely considered to be the biggest day in the hunting calendar. 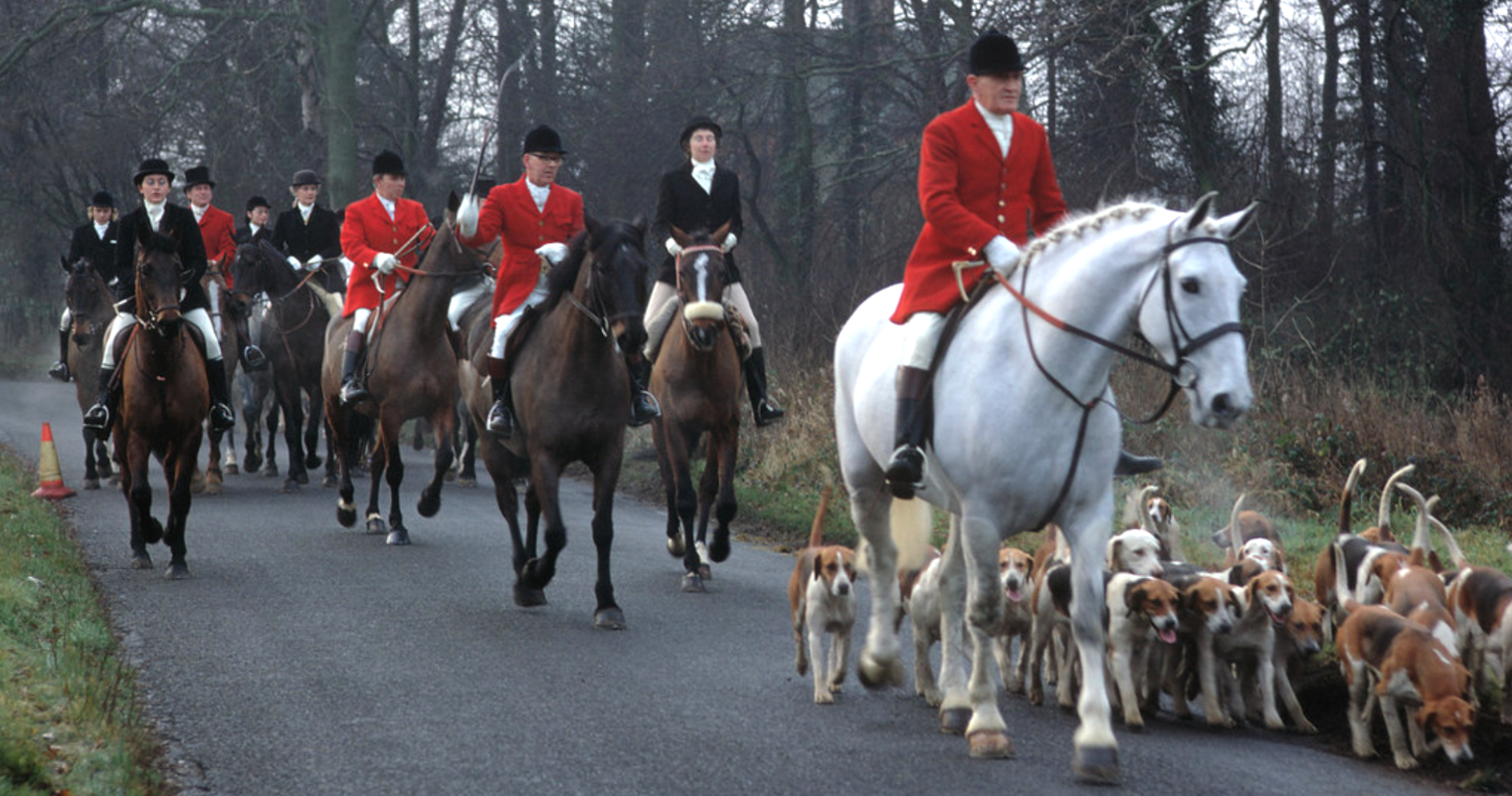 The government is facing fresh calls to strengthen trail hunting laws ahead of Boxing Day parades across the UK.

Activists are once again urging government ministers to close a hunting “loophole”.

The calls to tighten hunting laws comes ahead of the many Boxing Day parades expected to be held nationwide today, and comes after the League Against Cruel Sports recently revealed there were 303 combined incidents of hunt havoc – which is defined as trespass, road interference, and disturbing animals – between the dates 1 November and 7 December.

Boxing Day is widely considered to be the biggest day in the hunting calendar, with more than 200 hunts expected to parade through UK high streets, before they head out to the countryside.

Fox hunting was banned in England and Wales under the Hunting Act 2004, but hounds are still allowed to follow a scented cloth instead – which is called trail hunting.

Although more a total of 438 convictions under the Hunting Act have been secured over a decade – with 42 secured last year – the League Against Cruel Sports said incidents of illegal fox hunting have still been recorded between the period of 1 November and 7 December.

The animal charity revealed that it received 78 reports of a fox being visibly pursued, eight reported kills, and three suspected kills.

She said it’s “time for change”.

“People will see the hunts out today and not know that behind the finery is a so-called sport that sees public lives endangered on roads and railways, livestock worried by out-of-control hounds, and in some cases domestic pets killed,” Ms Judd added.

“Only by strengthening the law on hunting can communities, wildlife and rural values be protected.”

But Polly Portwin, head of the Countryside Alliance’s Campaign for Hunting – which is calling for the bloodsport to return – argued that now is not the time to be discussing hunting legislation.

She said: “There have been hundreds of thousands of days of legal trail hunting carried out by hunts since the Hunting Act came into force.

“Only someone with extremely warped priorities could think that with the country facing a cost of living crisis, the consequences of Russia’s invasion of Ukraine and political instability that now is a good time to start discussing hunting legislation.”

Labour said it believes trail hunting is being used as a “smokescreen” for the illegal hunting of foxes.

Shadow environment secretary Jim McMahon said the government must “do more to close the loopholes” and “consign hunting to the history books”, adding that: “Labour is the party of animal welfare and in government, we will go further to protect animal welfare by putting an end to trail hunting.”

Countryside Alliance chair Nick Herbert accused Labour of harbouring a “pointless political vendetta against hunting” and that the party’s position on it is “utterly illogical.”

“Labour is drawing battle lines in the countryside when it should be trying to unite the country,” he added.

At this time, the UK government appears to have no plans to strengthen the legislation.

Addressing the fresh calls from anti-hunting activists, a government spokesman said: “The Hunting Act 2004 makes it an offence to hunt a wild mammal with dogs, and anyone who believes that an offence has taken place should report the matter to the police.

“Those found guilty under the act are subject to the full force of the law.”