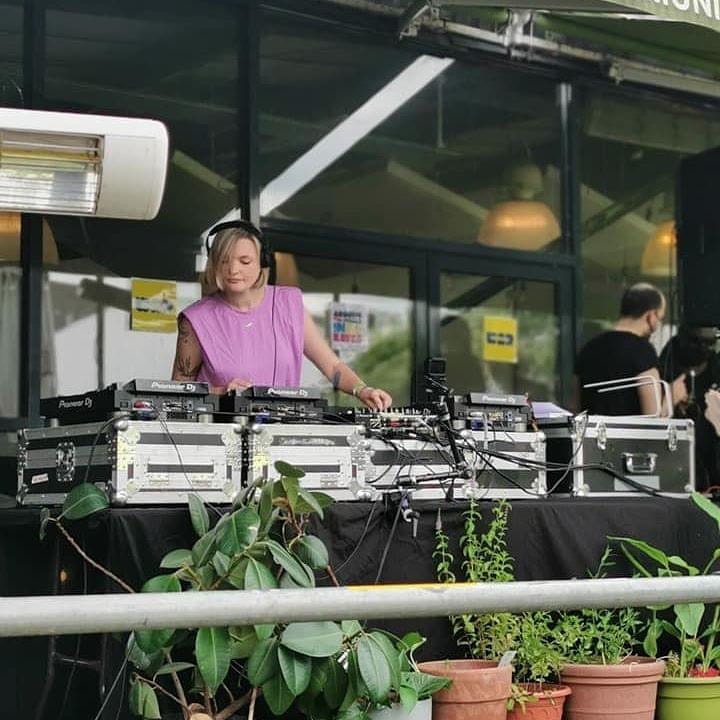 Hulme’s party pub has been crowned the Community Pub of the Year by the Trafford & Hulme CAMRA branch.

The flagship venue of STEAM Hubs and Pubs C.I.C (Community Interest Company), it was specially designed to be a safe space for the community when purchased in 2018.

Four years on, this latest award proves more than ever just how well the team there is doing that job.

So much more than just a pub, the accolade is well deserved for this ‘community hub in a pub’, which regularly runs club nights and live music gigs, pub quizzes and community feasts at its historic site.

It also does a lot for its vulnerable neighbours. During the pandemic, owners Frankie and Rachele ran a successful Taphouse TV Dinners campaign that saw the pub deliver nearly 3,000 two-course dinners to people who were struggling in the local community.

As well as being a site of importance to the local community today, it also has historic roots that stretch back hundreds of years.

The taphouse is the last remaining building of what was once the Greenhey’s Estate, and the pub’s beer garden is on the former Victorian Road.

The team behind it also collects stories from the local community about the pub’s history, which it shares on its website.

In tribute to the spirit of the pub, which is committed to providing a safe space for all, local historian Geoff Brown revealed that its reputation for inclusion and solidarity stretches back decades – even if it took a bit of a rocky road to get there.

The Old Abbey Taphouse was one of the first in the area to remove its colour bar, following a campaign by anti-racist activisits boxer Len Johnson and scaffolder Wilf Charles in the late 1940s.

Sharing a newspaper cutting from the time, he reveals the reality of that early push for equality in the words of those who fought hardest for it: “We campaigned then in the pubs for the freedom of people to be able to go in without discrimination and we had a big campaign against the Abbey pub in Park Street, Moss Side, who refused to serve coloured, Blacks and we forced a test case and got that lifted and that had a big effect.

“Len … ordered two pints and they said we don’t serve Black men… I insisted they would serve him or no-one else would get served. So they brought in the police and they asked us to go – we created a tremendous problem inside the pub.

“Next day I went to see the Lord Mayor and the Bishop of Manchester and got statements that they deprecated this action and … we put on a mass picket of blacks and whites from the Communist Party and progressives – some 200 people – so the ban was lifted in a matter of two or three days.”

It’s great to see the beloved local boozer getting the recognition it deserves.