Iconic Manchester pub The Deansgate reopens after a huge makeover

After two years of closure, it's finally back. 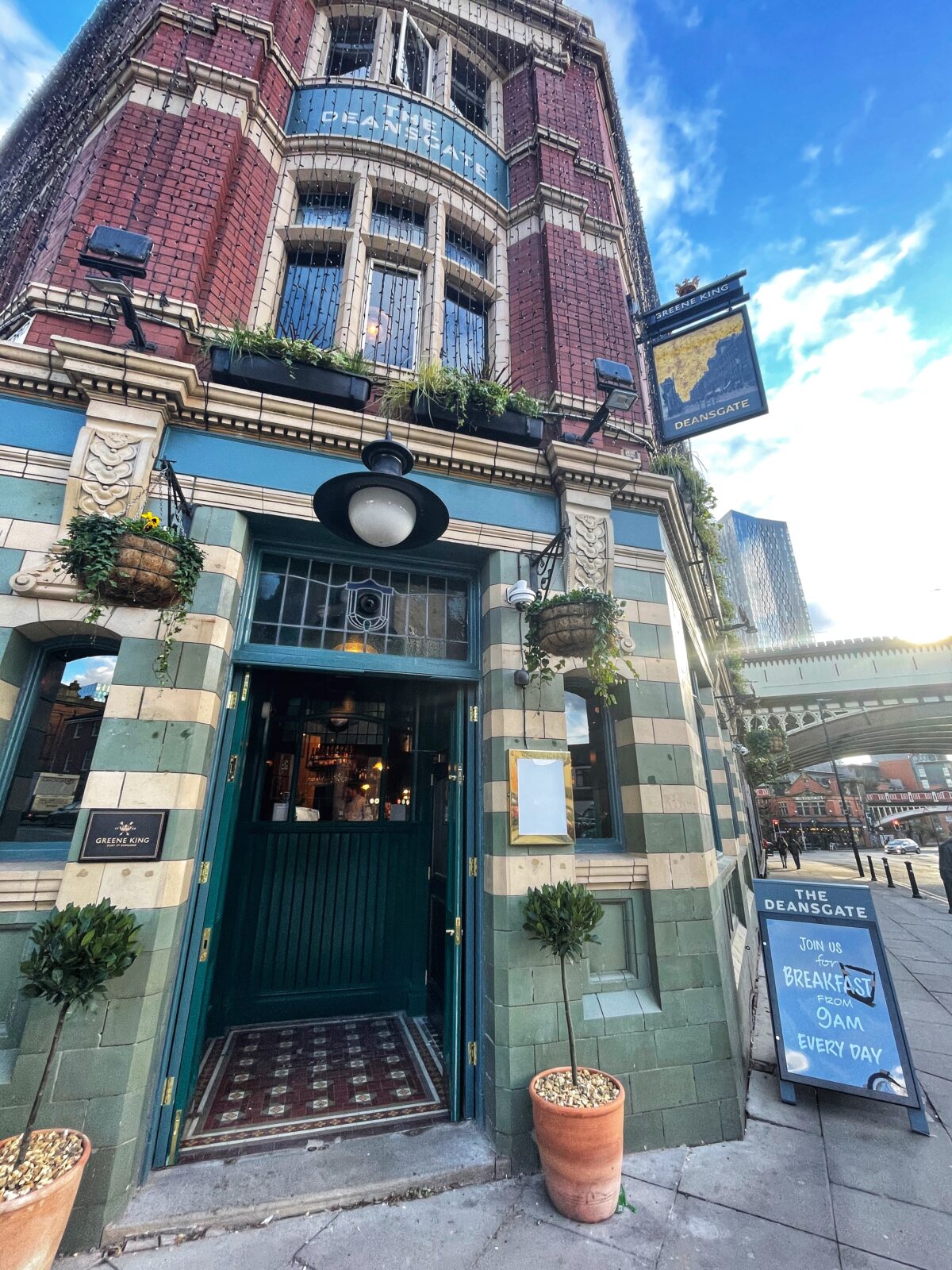 Iconic Manchester pub The Deansgate has officially reopened its doors after two years of sitting boarded up on the busy Manchester stretch from which it takes its name.

After closing during the pandemic in 2020, the pub, which started life in the city in the 19th Century, has undergone a three-month refurbishment – retained its historical features whilst adding a fresh modern touch.

With bars and cosy snugs spreading across three floors, the top floor – previously used as a flat by the pub’s previous landlord – has been brought into public use, and now boasts a stunning adjoining rooftop terrace.

This means there’s now not one, but two roof terraces, all with built-in seating, lighting, outdoor heaters and great views of the ever-growing city skyline.

In a nod to the history of the pub, the refurbishment has been careful to retain some of its original features including the stained-glass windows, external frontage, ceilings, and woodwork whilst also giving the venue a modern, on-trend feel.

The ground floor also includes a feature bar area in a half-moon shape, bespoke brass fonts and a glass back bar, as well as the return of the pub’s gorgeous festoon lighting throughout.

As for food, diners will find traditional favourites aplenty on the menu here with a new food menu boasting the likes of Steak and Ale Pie, Beer Battered Fish and Chips, Bangers and Mash and Sticky Toffee Pudding.

The pub is also serving up a traditional Sunday Roast, with a range of different meat options and a Nut Roast Wellington served with gravy and all the trimmings.

On the drinks front, you’ll find a host of different beers and ciders on draught including favourites like Peroni, Guinness, Old Mout and Amstell, alongside house craft beers Flint Eye and Level Head.

Read more: Selfridges is selling a giant Christmas panettone that’s the biggest in the UK

In total, the drinks menu offers a range of 12 premium beers on tap including regional favourite the Fuzzy Hazy Pale Ale from Manchester’s number one rated beer company, Cloudwater.

The back bar also boasts a selection of wines and spirits, including the popular Fitz English Sparkling wine.

The pub also boasts an extensive cocktail menu featuring everything from Palomas to signature spritzes – including the classic Aperol Spritz and the alcohol-free Warner’s Pink Berry 0% Spritz.

To accommodate the city’s sports fans, the venue boasts seven TV screens showing live sports on BT and Sky on every floor, including a bookable private screening space on both the ground and third floor, perfect for private viewings.

Speaking on the new opening, Jonathon Evans, General Manager at The Deansgate, said: “The Deansgate has always been a Manchester staple, from when it was first opened back in the 19th Century and we’re so excited to be able to open its doors once more.

‘The transformation from an empty to space into a proper yet modern pub, with extensive food, drink and live sports offering has been months in the making and we’re looking forward to welcoming guests back to The Deansgate.”