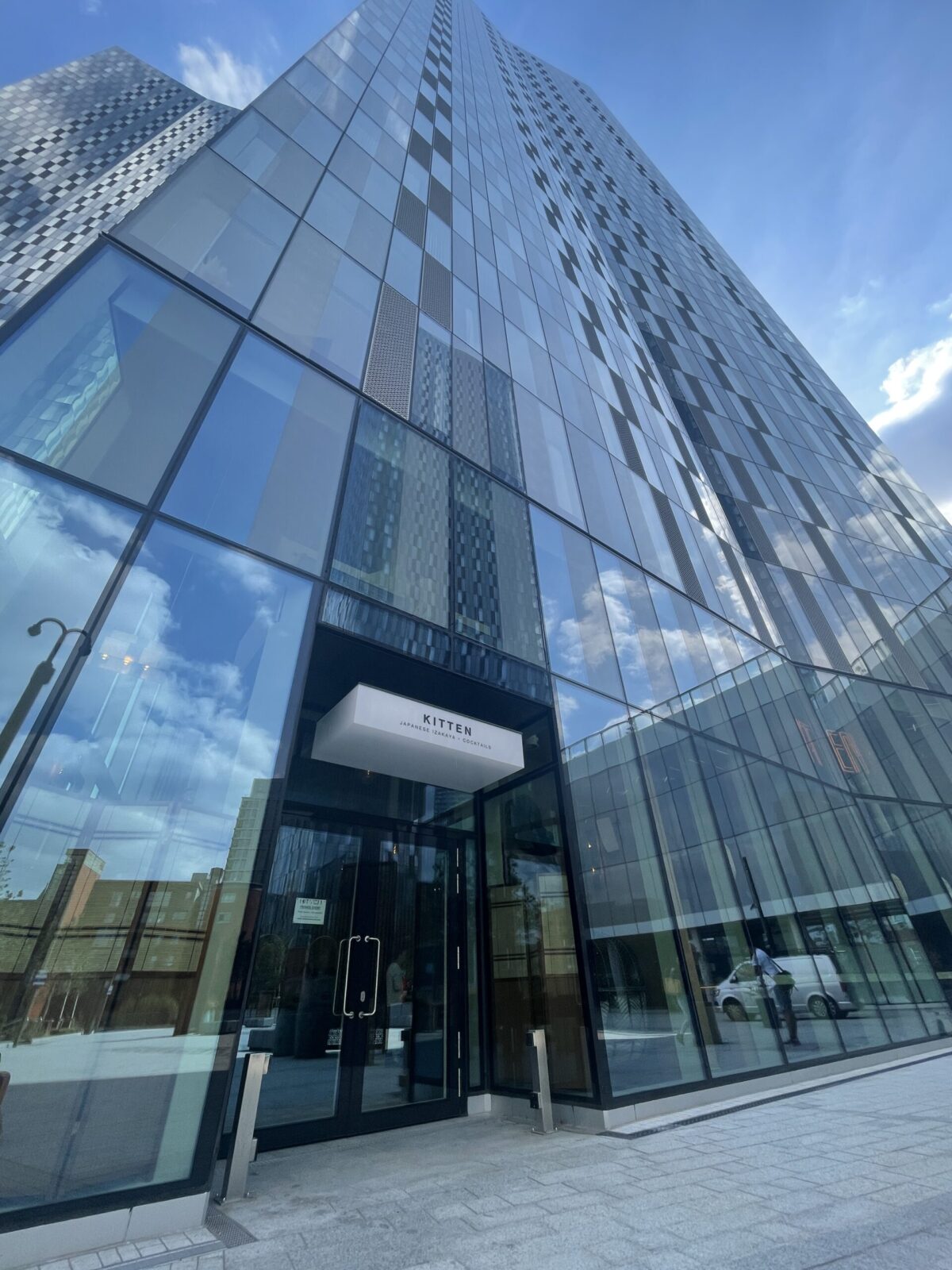 A striking new addition to Manchester’s dining scene has opened its doors this week amidst the glass towers of Deansgate Square.

With towering eight-foot-high bamboo walls, a gleaming tan marble bar, a giant (fake) bonsai and a trio of squat stone moai stationed squarely at its door, it might be called Kitten but it’s anything but cute.

Majestic, yes, and ever so slightly imposing, the restaurant’s grand interiors set the stage for a promisingly fresh and modern take on Japanese fine dining in Manchester.

All that’s left now is to try the food – and despite initial concerns it could be all fur coat and no knickers, we’re pleased to say that is not the case, not at all.

With a focus on fireside cooking, high-end sushi and sashimi, Kitten’s striking sushi bar takes centre stage in the restaurant – offering a front-row seat to all the sushi-making action to a privilieged few.

We, however, manage to miss said sushi action – sitting away from the bar at a table overlooking a sun-lit Deansgate Square. Still, in fairness, the quality of the plates speak for themselves.

Dusty pink sashimi follows, joined by lightly breaded shell-on prawns and an artfully-constructed dish of seared tuna, Kewpie, chillies and pickles – their freshness and crunch perfectly complementing the rich softness of the fish and Japanese mayo.

As well as specialist sushi, Kitten also boasts a giant Robatayak grill from which we enjoy a whole seabass rubbed in a red miso and sesame seed marinade.

Its skin is blackened from the charcoal, giving it a smoky edge and aroma, but beneath that the flesh is soft, tenderly flaking away from the vertebra.

Served solo, initially we find ourselves looking for accompanying side plates – but as we delve in, we soon realise it more than stands up on its own.

The cocktail menu is just as impressive. Midori, the luminous green melon liqueur star of many an adolescent mixer, is given a new lease of life in layered Japanese iced teas and Japanese slippers – the latter a mixture of orange Cointreau, lemon juice and melon.

Elsewhere, you’ll find a rich and satisfyingly garnishless take on an espresso martini, yuzu-laced margaritas and French 75’s, and house-infused gin made sharp and prickly with horseradish, then mellowed with cucumber.

Read more: This Manchester vegan restaurant has been crowned the best in the north

Semi-open, it’s set into a fortress-like double-height wall with a second hatch overlooking the restaurant another floor above.

Further dishes from the robata menu include premium steak cuts, with veggie and vegan-friendly options available for those who prefer a plant-based diet.

Read more: The new restaurants and bars opening in Manchester this month | June 2022

Elegant and glamorous with a quality menu to boot, on first impressions Kitten looks set to be a triumph – adding another much-needed string to the bow of the city’s East Asian dining scene.