After five years off Deansgate, The Allotment Vegan Eatery has recently moved to a new location at Cathedral Gardens. 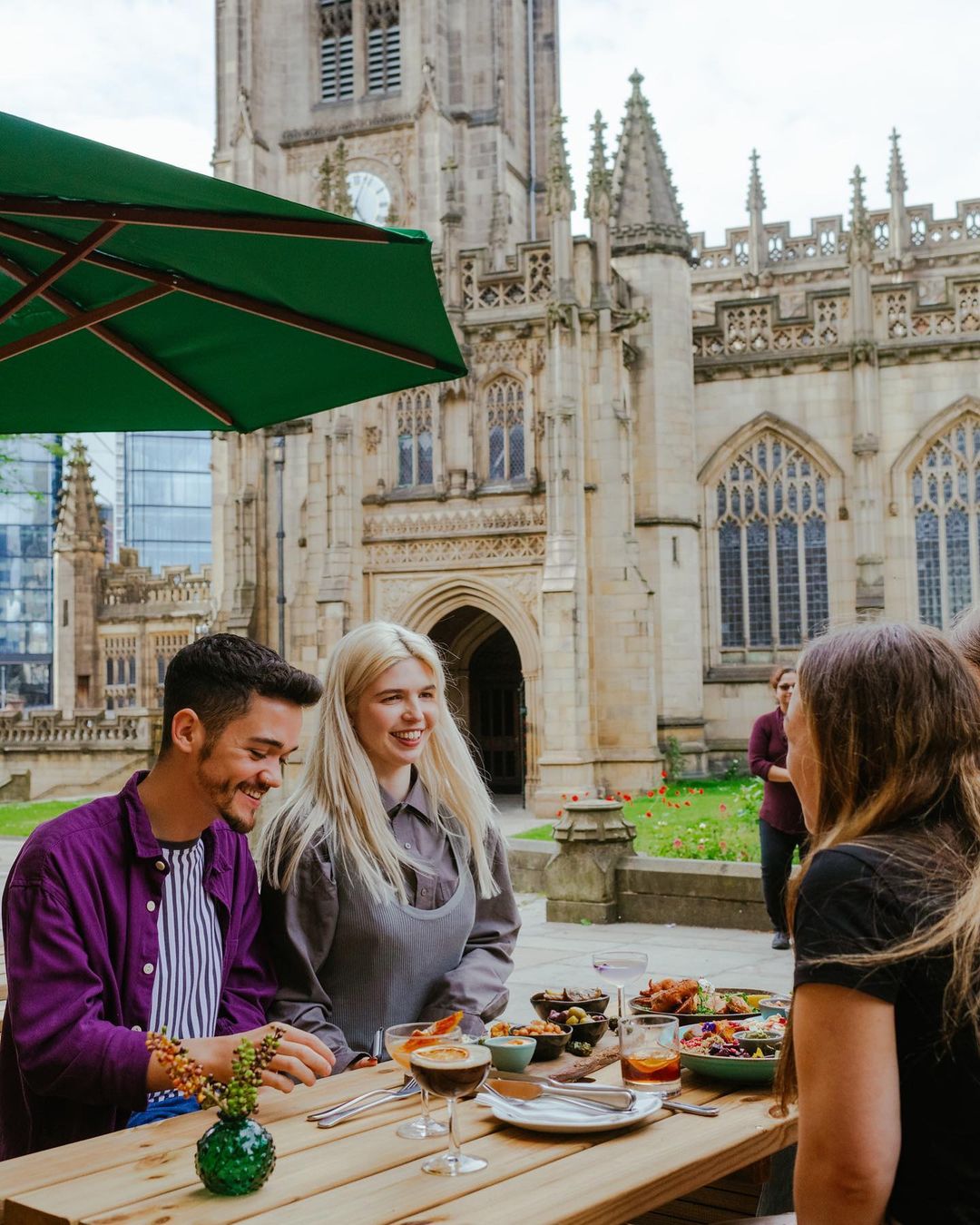 A restaurant in Manchester has said it feels ‘truly honoured’ after winning a prestigious award crowning it as one of the best for veggies and vegans in the North.

The Allotment Vegan Eatery in Manchester City Centre has taken home the gong for Best Vegetarian Restaurant North at the Food Awards England 2022.

Known for creating inventive plant-based takes on popular large plates like ‘fish and chips’ and Tom Yum soup, it has taken home the award for the second year in a row.

First opened in 2016, Allotment is owned by Anthony Sheridan and initially began life in Stockport before moving into a new home on Deansgate in the heart of Manchester.

During that time, it has shifted from offering 7 and 10-course tasting menus to a mixture of large and small plates created using locally sourced produce.

It has since moved again and can now be found at Cathedral Gardens, where it overlooks Manchester’s magnificent Cathedral.

Speaking of their delight at scooping up the award for the second year running, The Allotment team shared its news on social media on Wednesday.

The team said: “We are truly honoured and humbled to have won the prestigious Food Awards England award for Best Vegetarian Restaurant North for the second consecutive year

“The whole team at The Allotment Vegan Eatery work tirelessly behind the scenes to bring you the fresh, seasonal, flavoursome menus you know and love combined with an unrivalled setting and the relaxed friendly service we pride ourselves on.

“A huge heart felt thank you to all our incredible customers who made this possible, your continued support, kind words and loyalty really do make it all worth while.

“Here’s to another incredible year in our new location at Cathedral Gardens bringing you everything you love and more.

“All our love, The Allotment Team”.

The Food Awards England 2022 recognises the success of local professionals and establishments that continue delivering great flavours and experiences to their customers.

The winners are a true reflection of high standard and customer service and are chosen by members of the general public.

Several of the awards are split into local regions to ensure that local establishments are recognised for their exceptional performance.

A Spokesperson for The Food Awards England, said: “These awards aim to thank those that work hard within the city’s food industry and contribute to making England a great gastronomic place to visit.

“It is true that England combines tastes and flavours from all over the world and the visitors can find different restaurants, gastro pubs and bistros to meet their needs.

“These people enhance the country’s reputation nationally and internationally, and we would like to make sure that the hard work of England’s food professionals doesn’t go unnoticed.

“It was lovely to be part of this celebration and we would like to congratulate all finalists and winners for their achievements!”

Further winners in the Manchester area include:

Café/Bistro of the Year North West: The Ginger Bistro (Preston)

Café/Bistro of the Year Overall Winner: The Ginger Bistro (Preston)