By The Manc
Clap For Our Carers 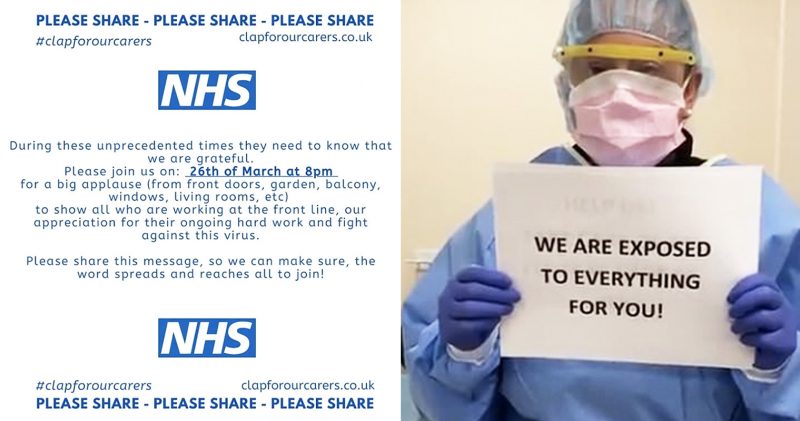 As the Coronavirus pandemic worsens and stricter measures are implemented in every country across the globe, frontline care staff have been doing God's work.

Over here in the UK, nurses, doctors, GPs, carers and many other NHS workers have been battling COVID-19 head on – putting themselves at risk in the process.

Many have fallen ill, some have sadly died fighting it, others have struggled to buy things from ransacked supermarkets after a long shift.

Clap For Our Carers 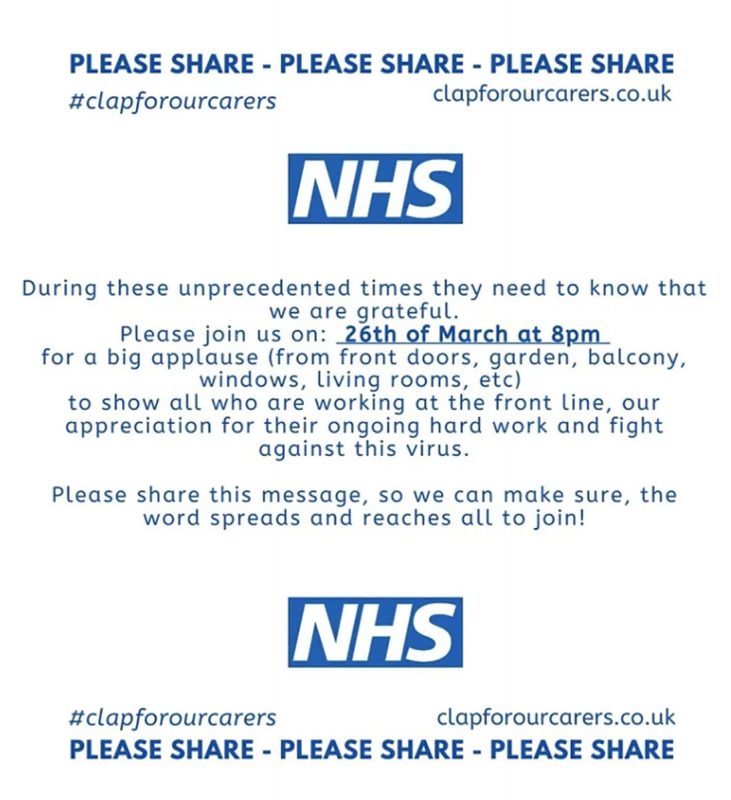 And while aid, hotel beds, food and drink, and many other donations have been provided to these incredible people, an initiative to show them our appreciation in one mass act has gained massive momentum online.

Clap For Our Carers, or #clapforourcarers on social media, went viral last week – and the proposed act behind it is pretty self explanatory.

Tonight, on 26th March, at 8pm, the nation is being asked to give a massive round of applause to show our appreciation for the hard work being undertaken by our carers in this difficult time.

On the 26th of March at 8pm let’s all unite and give all of the nurses, doctors, gps and carers a massive round of applause to show our appreciation for their hard work in this difficult time. @allontheboard #clapforourcarers #NHS #CoronaCrisis #NHSCovidHeroes #NHSThankYou pic.twitter.com/hElYGiKWu9

The image reads: "During these unprecedented times, they (our NHS and caring staff) need to know that we are grateful.

"Please join us on 26th March at 8pm for a big applause (from front doors, gardens, balconies, windows, living rooms, etc) to show all nurses; doctors; GPs and carers our appreciation for their ongoing hard work and fight against the virus.

"Please share this message so we can make sure the word spreads and reaches all to join!" 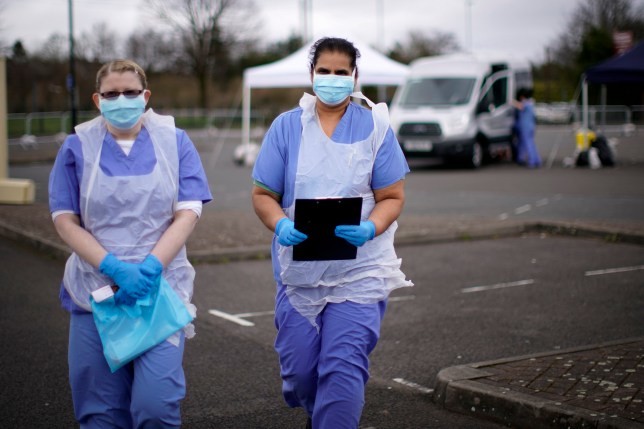 So, tonight at 8pm, we will be doing just that – and we hope you will be, too.

It is so important that we show our constant support for all of our NHS workers who are tirelessly fighting this thing for the sake of our country.

If they can sing in the streets of Italy, we can come out on our doorsteps and applaud. See you then.