"You have asked me to stand aside as your Chancellor. I have accepted." 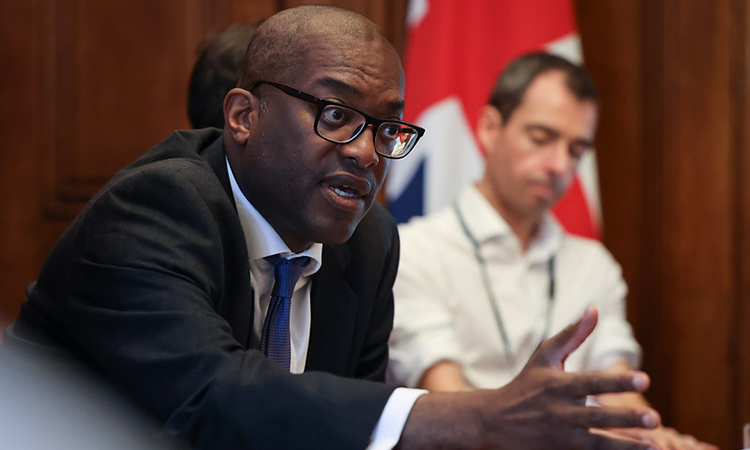 Kwasi Kwarteng has today been sacked as Chancellor after being met with widespread backlash over his latest mini-budget.

Kwarteng was appointed to the role by Prime Minister Liz Truss only 38 days ago, but many detractors believed he was on his way out the door after he unveiled his mini-budget on 23 September – where he notably and controversially announced £45 billion in unfunded tax cuts.

Kwarteng confirmed in a letter written to the Prime Minister and shared to social media this afternoon that he was asked to “stand aside” as Chancellor.

His letter reads in full: “You have asked me to stand aside as your Chancellor. I have accepted.

“When you asked me to serve as your Chancellor, I did so in full knowledge that the situation we faced was incredibly difficult, with rising global interest rates and energy prices.

“However, your vision of optimism, growth and change was right.

“As I have said many times in the past weeks, following the status quo was simply not an option. For too long this country has been dogged by low growth rates and high taxation – that must still change if this country is to succeed.

“The economic environment has changed rapidly since we set out the growth plan on 23 September. In response, together with the Bank of England and excellent officials at the Treasury we have responded to those events, and I commend my officials for their dedication.

“It is important now as we move forward to emphasise your government’s commitment to fiscal discipline. The medium-term fiscal plan is crucial to this end, and I look forward to supporting you and my successor to achieve that from the backbenches.

“We have been colleagues and friends for many years. In that time, I have seen your dedication and determination. I believe your vision is the right one. It has been an honour to serve as your first chancellor.

“Your success is this country’s success and I wish you well.”

Kwarteng’s sacking this afternoon following growing backlash from various sides comes after he suddenly U-turned on his plans to scrap the 45p rate of income tax for the UK’s highest earners at the start of this month.

The change of heart came just 10 days after he unveiled his mini-budget, which led to 10 day of market turmoil and fierce pressure from both within Conservative party and from opposition.

Kwarteng said that the proposals had “become a distraction” in his U-turn statement.

His statement read: “From supporting British business to lowering the tax burden for the lowest paid, our Growth Plan sets out a new approach to build a more prosperous economy. However, it is clear that the abolition of the 45p tax rate has become a distraction from our overriding mission to tackle the challenges facing our country.

“As a result, I’m announcing we are not proceeding with the abolition of the 45p tax rate.”