Defibrillators are a "vital" part in helping to save someone's life. 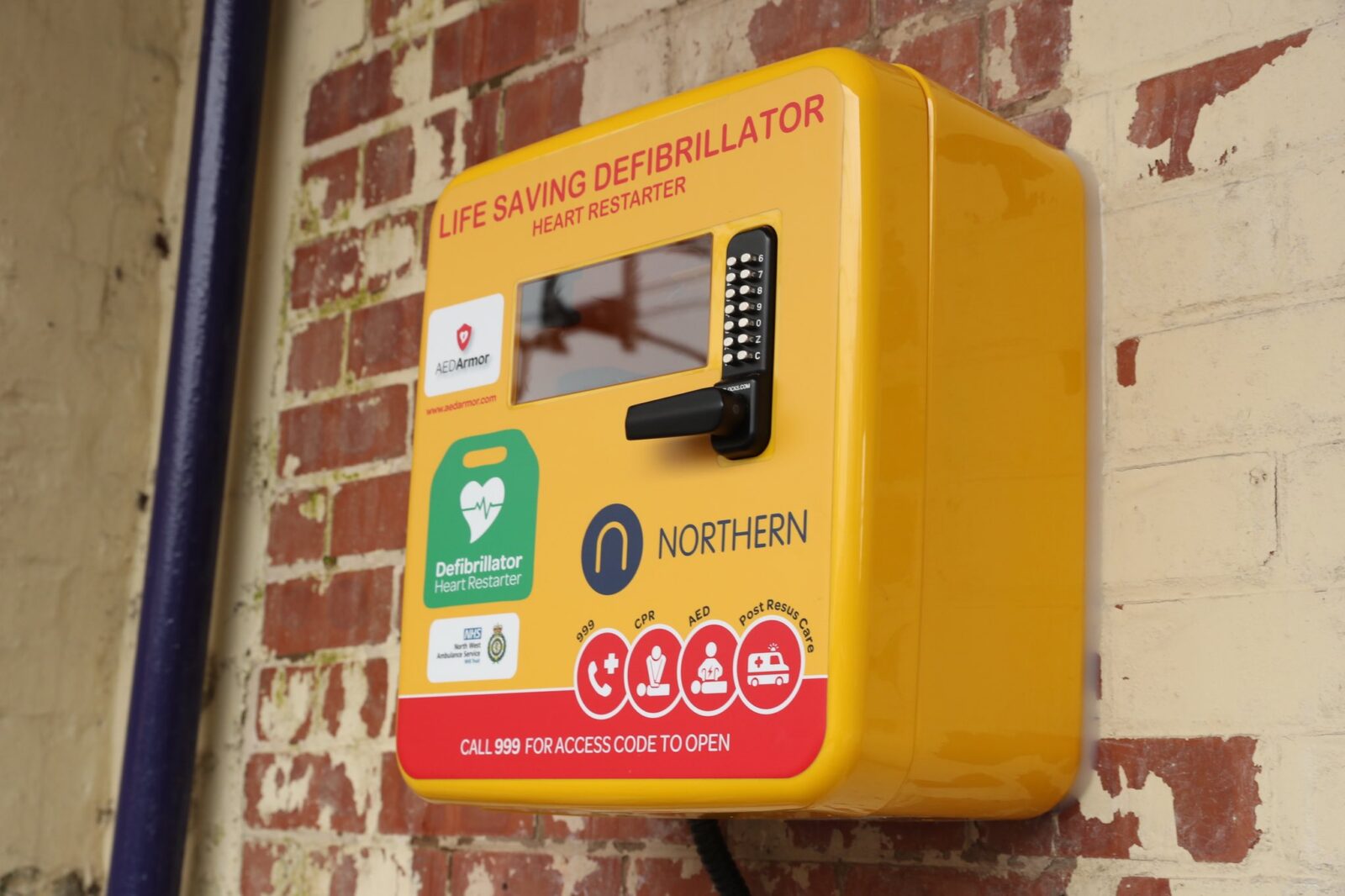 Lifesaving defibrillators have now been installed at dozens of train stations in Greater Manchester to help save people in cardiac arrest.

Every defibrillator has clear step-by-step written and spoken instructions built in, which explain how to use it on someone in an emergency, Northern explains, and the newly-installed machines will work to analyse a person’s heart rhythms to find out if an electric shock is needed, before delivering a shock if it’s required.

All units will be added to the national register and voluntary ‘familiarisation training’ will be made available by North West Ambulance Service (NWAS) to any station staff along with local communities.

84 defibrillators have now been installed at stations across the region.

A further six will be installed later this year, according to Northern, which will then mean that every station run by the rail operator Greater Manchester will have a defibrillator ready for use by the local community.

Northern worked with Transport for Greater Manchester (TfGM), ISS, and the NWAS to successfully-install all the defibrillators.

“All our defibrillators are in public places, and they are of huge benefit, not only to those travelling with us, but also the communities we serve,” explained Chris Jackson – Regional Director at Northern.

“We will continue to work hard to introduce defibrillators at even more of our stations in the future.”

Simon Elliott – Head of Rail Programme at TfGM – added: “I’m really pleased at the amount of lifesaving defibrillators that we have available at rail stations across Greater Manchester… [and] I am grateful to all partners for their hard work getting us to this point.

“Every second counts with cardiac arrest.

“Having defibrillators within easy access across our transport network for passengers, and for the local community, can have a huge impact on people’s lives.”

The NWAS has called the defibrillator a “vital” part in helping to save someone’s life.

David McNally – Community Engagement, Resuscitation and Collaboration Manager at NWAS – said: “Defibrillators are integral in helping to save someone’s life if they suffer an out-of-hospital cardiac arrest [as] every minute counts… and if basic life support and an automated external defibrillator is available in the first four minutes, then there is an 80% chance of survival.

Read more: Student with terminal brain cancer graduates from The University of Manchester

“By Northern placing these accessible defibrillators on stations across the Greater Manchester area, it not only serves the users of the station but also the surrounding community.”