Bab is planning a pre-Jubilee bottomless brunch too 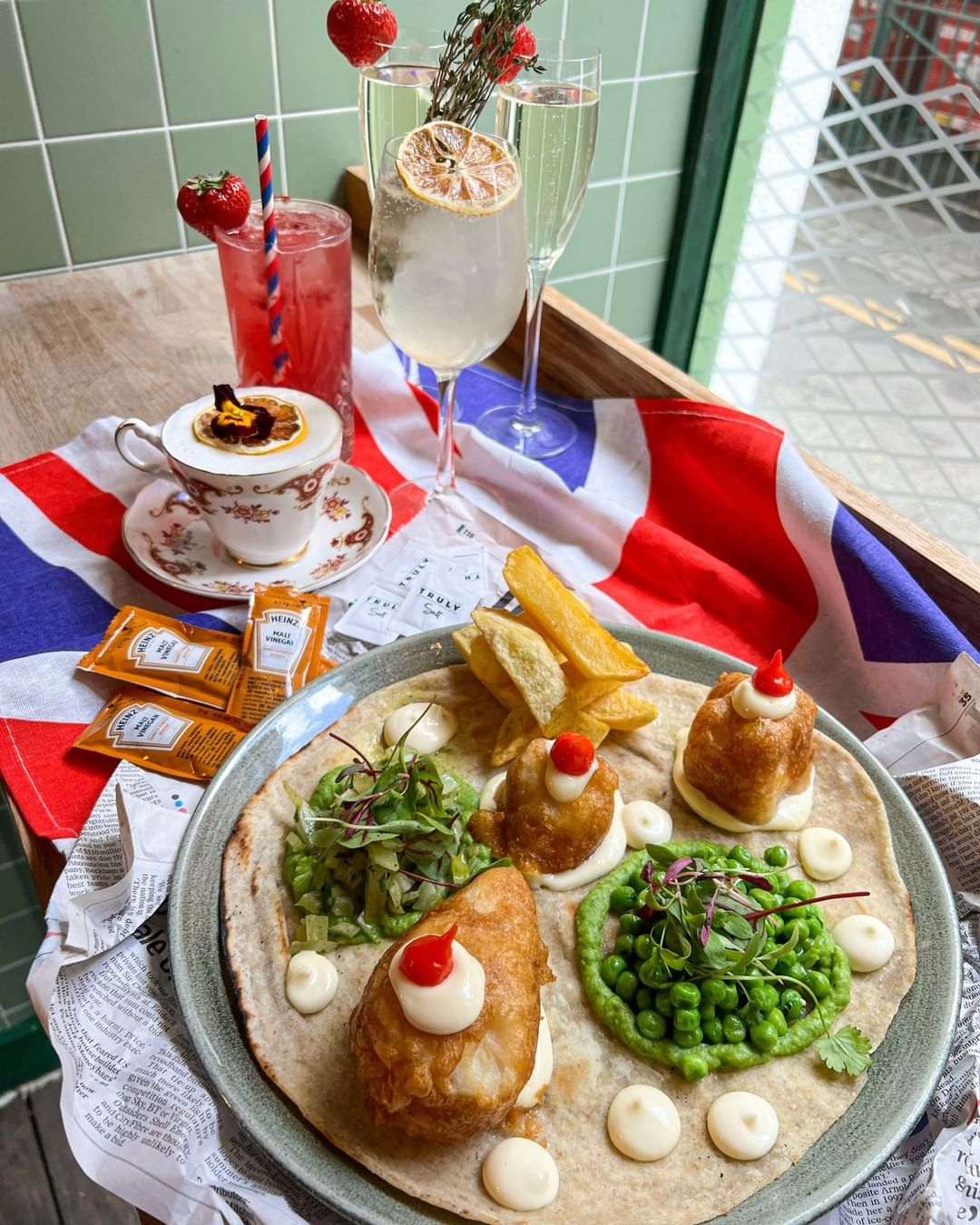 Manchester’s boujiest kebab spot is going all out for the Queen’s PlatinumJubilee with a chippy tea-themed menu.

Bab, the high-end Northern Quarter kebab restaurant found just off Manchester’s Stevenson Square, is putting together a menu of chippy tea-laden kebabs and teacup gin cocktails in honour of HRH – and it sounds absolutely brilliant.

Veggies and vegans are catered to too, with a veggie battered ‘fish’ alternative made using plantain – a starchy, sweet cooking banana popular in the Caribbean and South America.

Served with lemon mayo, fennel and coriander, minted pea puree, and proper chips atop a fluffy flatbread, it’s the perfect amount of stodge to carry you through as you indulge in the special ‘Best of British’ cocktail menu.

Available from Bab from Thursday 2 June, the chippy tea kebabs and gin cocktails will be available at Bab throughout the Bank Holiday weekend.

On the drinks front, Bab has partnered with UK gin brand Sipsmith to put together a special cocktail menu to suit the occasion.

Choose from the ‘Fit for Royal-Tea’, a blend of Sipsmith London cCup with lemon, sugar and egg white; ‘A Cordial Invitation’, combining Sipsmith London Dry with elderflower cordial, lemon and tonic, and the ‘JuBerryLee’, a fruity mix of Sipsmith Strawberry Smash, framboise, berries and soda.

The restaurant is also hosting a bottomless brunch to kick off the weekend on Wednesday 1 June, where diners can enjoy two dishes from its main menu alongside 90 minutes of non-stop beers, wine, prosecco, and cider for £29.95.

To find out more and book, visit Bab’s website here.