Loved for its haggis pakoras and Indian twist on fish and chips, fusion restaurant Roti has shut up shop in Chorlton for good. 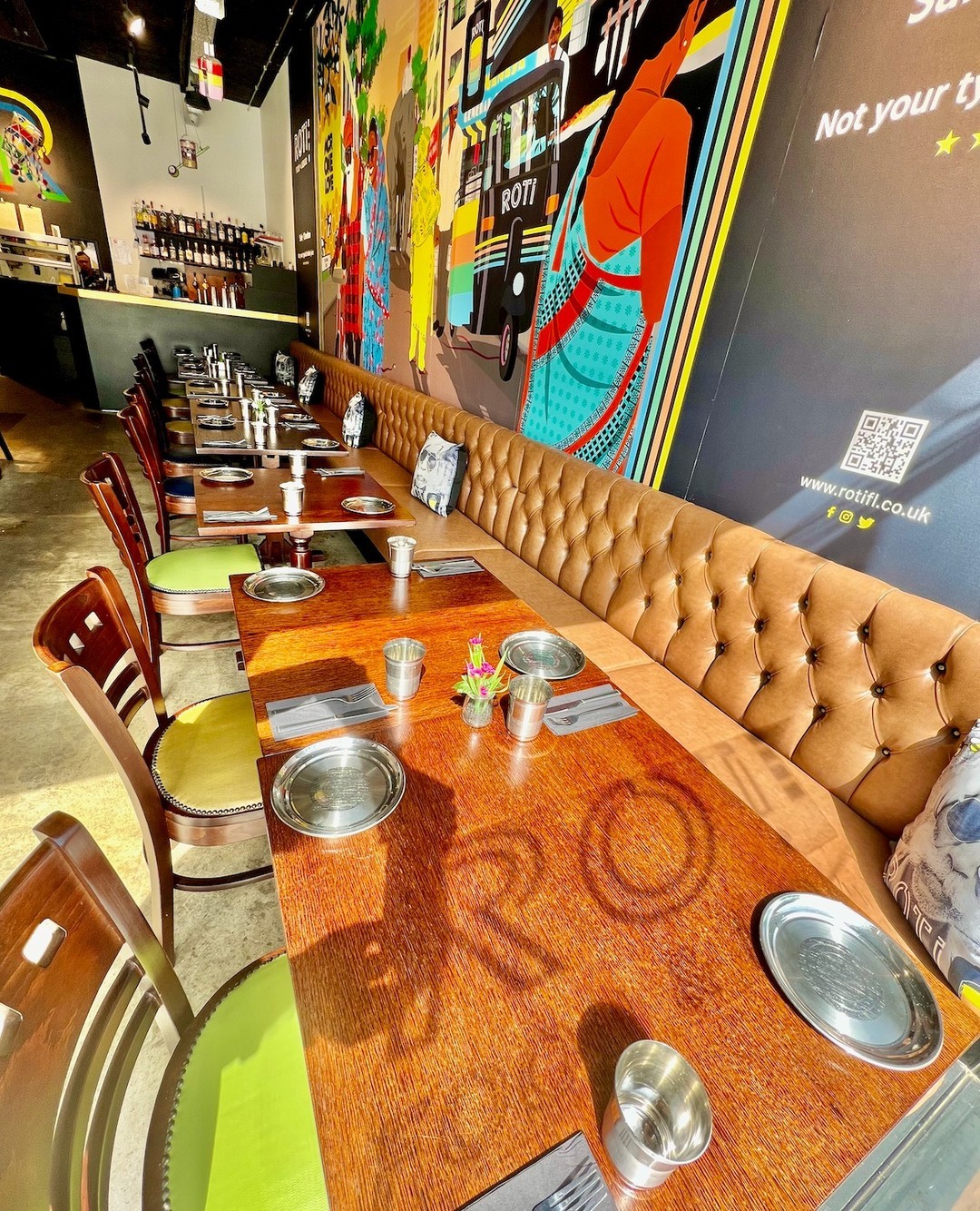 Manchester’s first ever Scottish-Indian restaurant has closed the doors at its Chorlton home, owners have announced.

A fixture in the South Manchester suburb for the past two and a half years, Roti has made quite a name for itself with out-there fusion dishes like Indian-spiced Scotch eggs, haggis pakoras, cheese and onion bhajis, mince and tatties, and curried aloo and chickpea-filled roti ‘chip butty’.

But despite its popularity, bosses revealed today that they have made the decision not to extend their lease in Chorlton and ‘will not be reopening’ their doors.

Breaking the news in a post shared on Roti’s Instagram, the team thanked everyone that had visited and supported their business over the past few years.

Adding that Chorlton is a ‘special place’, they hinted that they could be back in the future: writing they will be focusing on their Sale restaurant for now and hope to open a new site ‘when the time is right.’

Roti opened its second site in Sale’s Stanley Square last summer whilst many eateries were battening down the hatches, so to speak.

Inspired to expand after building up a loyal following of takeaway customers in Chorlton during lockdown, the restaurant – described as ‘not your average Indian joint’ – moved into the newly refurbished Sale shopping precinct in 2021.

Read more: Manchester institution Font, famed for its £1 cocktails, is closing for good

But now it seems that, like many other small businesses, it’s having to make tough calls to ensure its long-term future.

The full post announcing the Chorlton restaurant’s closure read: “See you again Chorlton… Our time in Chorlton has come to an end for now. We’d like to thank each and everyone one of you who visited and supported us over the past 2.5 years, especially during the harder times.

“We have decided not to extend our lease in Chorlton, focus on Sale during this tough time and look to open a new site when the time is right.

“And who knows… We may return! Take care Chorlton.”

Throughout January, owners will be running a number of dining deals at the Sale site including ‘Tiffins for a tenner’ and a ‘dine and drink for fifteen’ offer. To find out more and book a table in Sale, visit the Roti website here.