Plans to get Stockport on the Metrolink being ‘actively studied’, government confirms

Confirmation of the plans come after nearly £14 million has been secured for Stockport from the government’s Towns Fund. 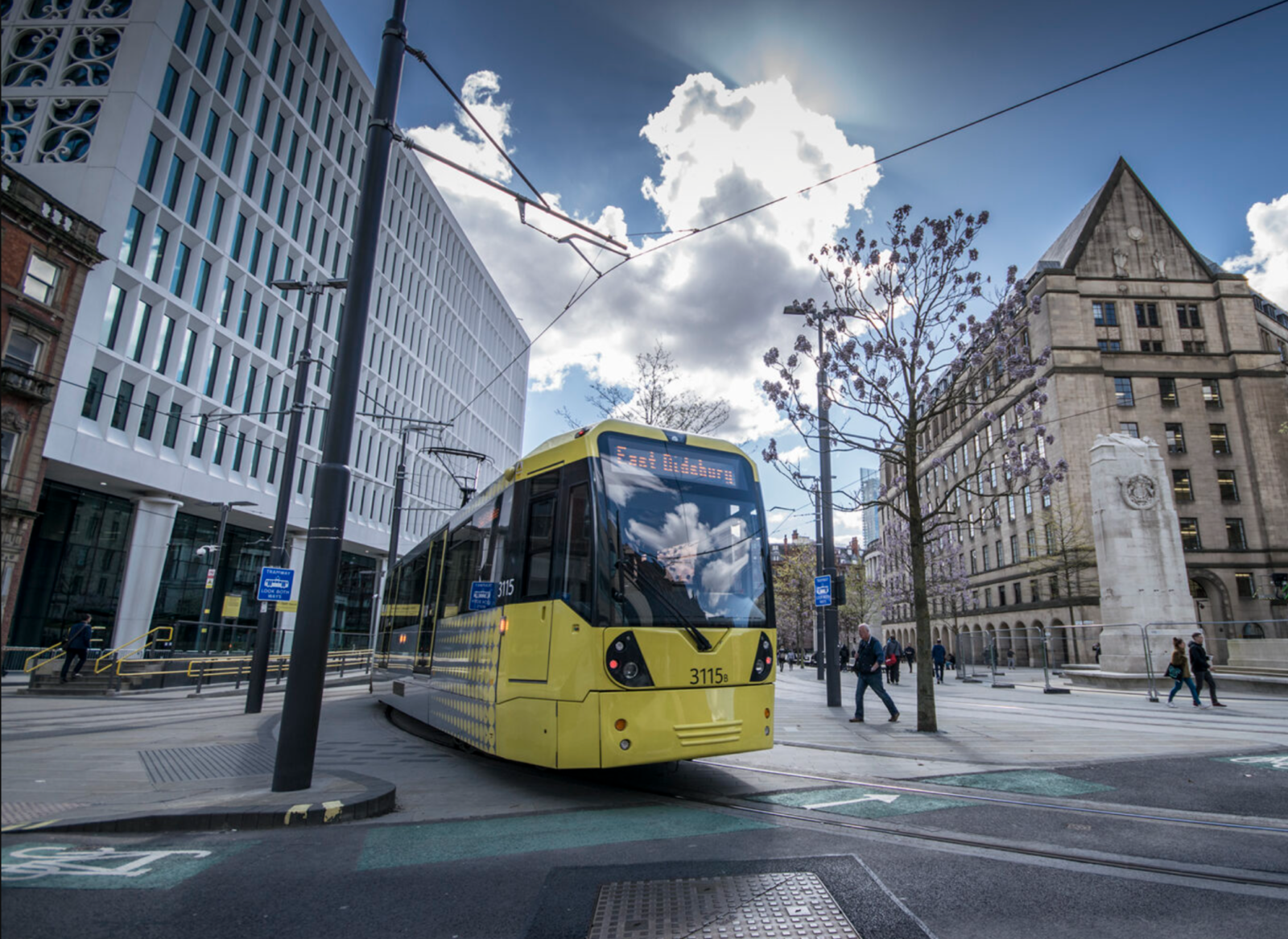 The government has confirmed that plans to connect Stockport onto the Metrolink are being “actively studied”.

The Greater Manchester borough is one of a few areas that is not currently connected up to the region’s expansive tram network, but Prime Minister Boris Johnson confirmed during PMQs in the House of Commons yesterday that the Department for Transport (DfT) is “actively studying” ways to get services running through the town soon enough.

The PM made the comment after Cheadle’s MP said that she now wanted the town on the tram network after the green light had been given for plans to build a new central railway station.

The single-platform railway station is due to open in 2025, and will connect Cheadle to Stockport town centre and beyond.

However during PMQs yesterday, Cheadle MP Mary Robinson said that she now wanted to see the mid-Cheshire line made into a double line with an extension of the Metrolink into the town, as she feels that improving connectivity is “key to economic growth” and the future of the government’s Levelling Up agenda.

Read more: Stockport named one of the best ‘up and coming’ areas to invest in 2022

The PM’s confirmation comments also come after it was announced this week that nearly £14 million has been secured for Stockport from the government’s Towns Fund – which will go towards the construction of the new train station.

Money from the funding will also go towards two other projects.

One project being a north-south cycling and walking route – which will link the new station to the town centre – and the other being the building of a new Eco Business Park on Bird Hall Lane.

MP Mary Robinson said in her question to the Prime Minister: “After securing almost £14m in my town’s fund bid for Cheadle, I was delighted last week to get the green light for our new Cheadle rail station, and £4m for our state-of-the-art eco business park.

“I have had tremendous support from the Cheadle Towns Board and local community who understand how important it is to have connected towns and villages bringing investment and hi-tech jobs to our area.

“I’m ambitious for Cheadle, and I now want to secure the re-doubling of the mid-Cheshire line and the extension of Metrolink through my constituency.”

Mr Johnson said in response: “It’s thanks to the massive exertions of this government in levelling up with the £650 billion investment in infrastructure that we’re having a new railway station in Cheadle, for instance Mr Speaker.

“I know that the bids that my honourable friend just mentioned are now being actively studied by the Department for Transport and she should feed in more to them.”

The extension of the tram network through to Stockport is something that has been discussed as far back as 2004, and in 2020, Andy Burnham announced plans to bring Metrolink to the borough within the next 10 years.

Stockport’s new transport interchange, which is currently under construction on the site of the town’s old bus station, has also been designed to to leave space for the addition of any future Metrolink or Tram-Train extensions.