Footage from the incident outside the Kate & Luc Cafe Restaurant in Burnage has gone viral on social media.

A video has emerged on social media of a police officer apparently seen punching a worker outside a cafe where dozens of people were said to be dining.

The incident was confirmed to have taken place at the Kate & Luc Cafe Restaurant in Burnage yesterday.

The cafe was allegedly operating in breach of the rules of England’s third national lockdown, which permits hospitality businesses to provide collection / takeaway and delivery services, but does not allow patrons to sit inside the premises.

As well as the initial video footage which appears to show the assault taking place – posted by Twitter user @88gaz88, and amassing over 4K interactions and comments – a second video from the scene shows the staff member being led outside by Greater Manchester Police officers, with customers jeering and clapping.

Many of those same customers then followed the scene outside.

Throughout both of the clips posted to Twitter, people can be heard shouting at the officers “He’s trying to earn a living”, “You will pay for this”, and “You will get what you deserve, have you got children?”.

The owners of the cafe have posted regularly on their Facebook page about remaining open, despite the current lockdown rules, and a further video released from the scene – which looks to have been filmed inside the cafe – shows children among the crowd of people sitting at tables, the majority of whom appear to not be social distancing or wearing masks.

An eyewitness present at the scene provided an insight into the context of the incident, stating that: “[The cafe] has been open for takeaways, but recently we’ve seen people sitting inside [and] today there were about 50 or 60 people inside and outside.

“No-one was wearing a mask [and] it was like they were protesting [against the lockdown].

They continued: “He’s a nice guy [the cafe owner]. We go there for coffee [but] I don’t know what’s going through their minds”.

Another bystander added: “I was inside [and] I heard lots of noise.

“There were so many people outside. The police caught one man and arrested him [and] everybody was filming on their phones.”

Greater Manchester Police confirmed it is “aware of the footage” from the incident circulating online and are “continuing to assess the circumstances of the incident”.

A police spokesperson said: “Police were responding to reports of non-compliance with COVID-19 restrictions by a café on Burnage Lane in Manchester,”

“Officers attended and in line with procedure, attempted to engage with individuals and disperse attendees.

“This resulted in an officer being assaulted.

“GMP are aware of the footage circulating online and are continuing to assess all the circumstances of the incident, including this footage as well as other footage obtained, at what remains an early stage in the investigation.”

The force also confirmed that one of their officers sustained injuries during the altercation – which took place shortly after 12pm yesterday – but did not require hospital treatment.

"What might seem like an innocent outdoor gathering, could lead to the spread of the virus".
byThe Manc

1,500 ‘Bee Bikes’ to be rolled out across Greater Manchester from autumn

The first phase of the cycle scheme will see bikes appear at 200 docking stations across Manchester, Trafford and Salford.
byThe Manc 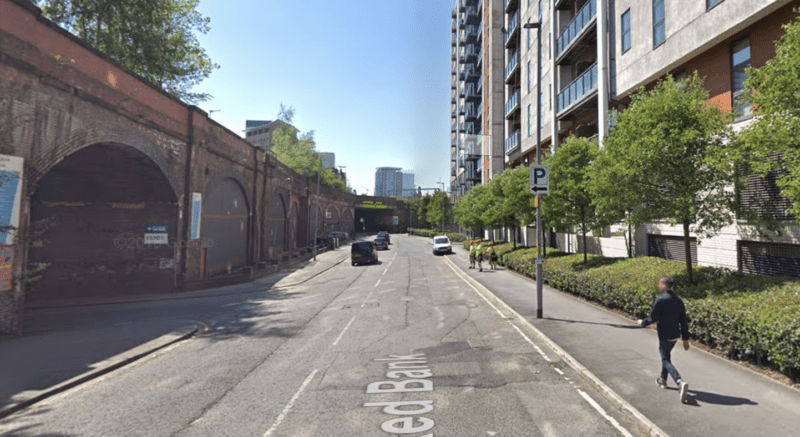 A sinkhole has suddenly opened up in Manchester’s Green Quarter 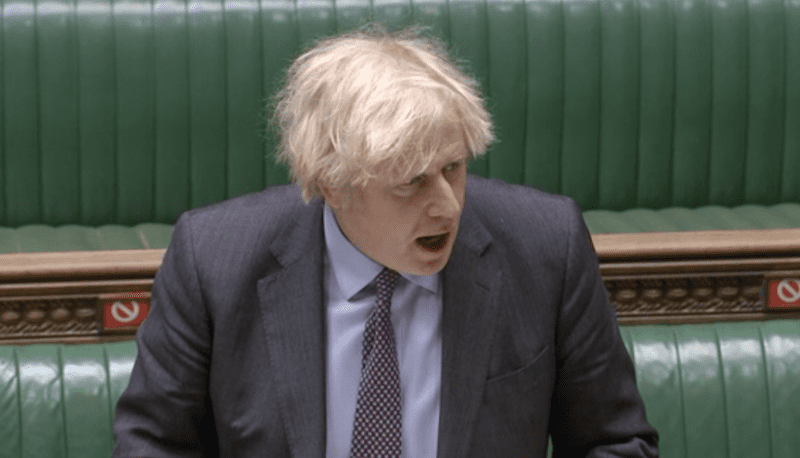 The Prime Minister announced details of how the government planned to guide the country out of the third national lockdown.
byThe Manc