Owners say the council has refused to renew their lease unless they invest 'upwards of £100,000' in a new extraction system 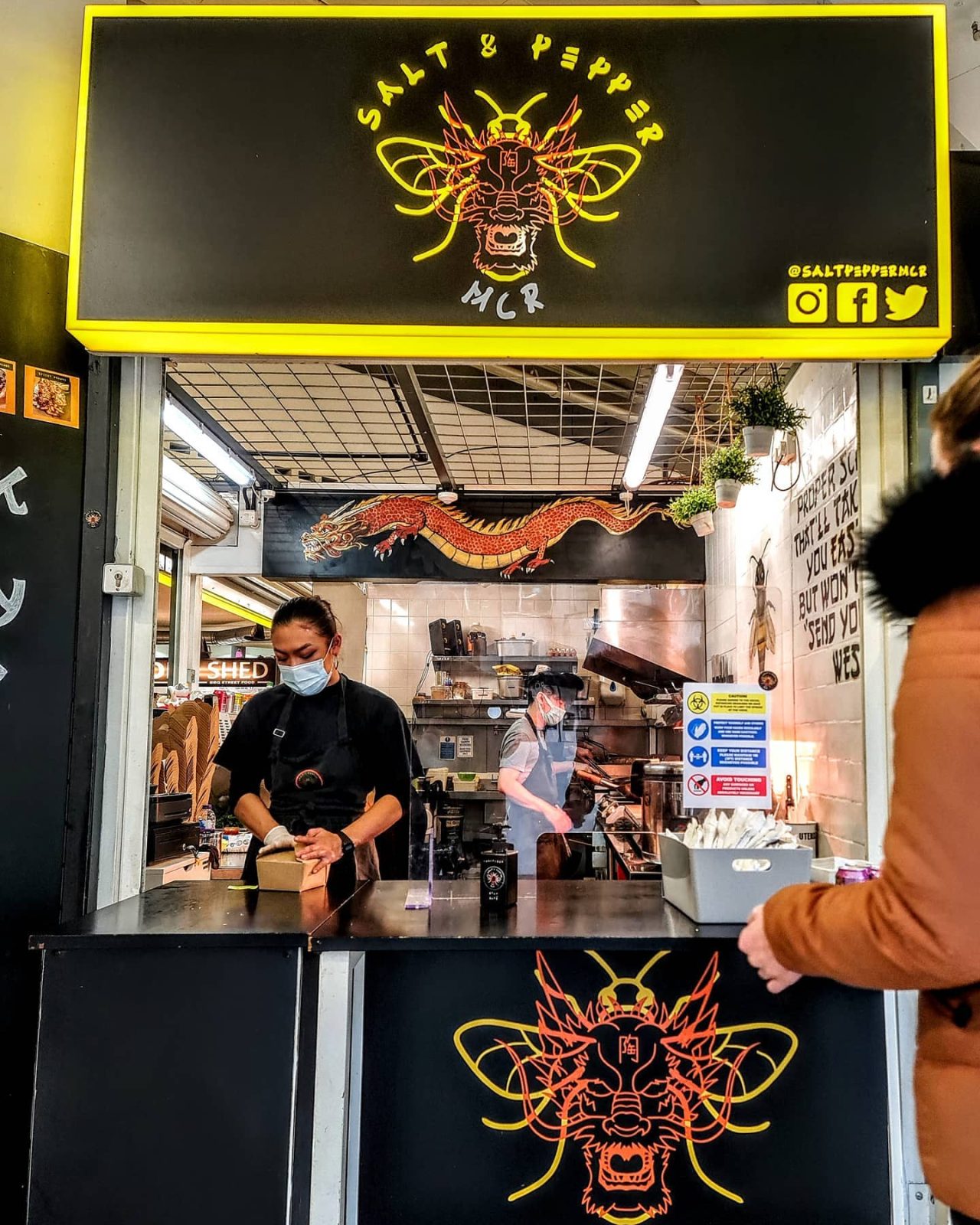 Popular Manchester street food trader Salt and Pepper has announced it will be closing its stall in the Arndale market in the next three weeks.

The modern Chinese street food stall, which specialises in everything salt and pepper and regularly draws huge queues at lunchtime, blamed ‘limited facilities’ and a lack of extraction (needed to remove cooking fumes) at the market for its abrupt departure.

In a post shared to its social media channels over the weekend, the food traders turned their ire on Manchester City Council – who run the market – claiming bosses had refused to renew their lease unless they invest ‘upwards of £100,000’ to install their own extraction system.

According to the post, which has already been liked over 3,000 times, the council has claimed improving the extraction is the trader’s responsibility, not theirs, citing the popularity of the stall.

The post read: “It is with a broken heart that we’re announcing that our Arndale Market Stall will be permanently closing on April 2nd.

“Due to the limited facilities in the Arndale Market, we’re no longer able to keep trading in this space. If you’ve been to the market, you’d know, there’s isn’t much of an extraction system on our side (to expel smoke & smells) and the Council (who run the market) have said it’s our responsibility to fix this because of the popularity of our stall.

“The Council have said they’re unwilling to renew our lease unless we invest upwards of £100,000 to put in our own extraction system, with additional costs that they couldn’t tell us unless we accepted to pay the £100k.

“It doesn’t seem fair really, but it’s safe to say that it’s time for us to move on.

“We’ve been absolutely gutted, and we’ve spent the past few months trying to figure out how to keep our amazing staff employed and our business dreams alive.

“We never thought we’d have to end our time in the Market so abruptly but, we’re hopeful al is not lost, and we’re excited to move on to the next stage of our business.”

Hinting at plans to open a place of their own in the ‘near future’, owners reassured fans that in the meantime they will be able to get their lunchtime fix at Black Dog Ballroom in the Northern Quarter from April 6.

“They’ve kindly let us to open from 12pm every day (legends) and we will make sure the food and service matches our standards in the Arndale. Deliveroo will also still be available all day,” the post continued.

Salt and Pepper’s stall is based on the newer south side of the street food market, which was expanded into in 2019.

Prior to the expansion, this part of the Arndale Extension was once exclusively home to retail stalls – but May 2019 heralded the arrival of five new food traders: Blue Caribou Poutine, Hong Thai, Holy Crab, Kuku and Intoku in Japanese.

Salt and Pepper moved in a week or so later, taking over the vacant La Bandera stall, and have been in residence pretty much ever since – give or take a short period of closure warranted by the Covid-19 pandemic.

Now it appears their time is officially coming to an end, but this will certainly not be the last we hear of them.

A Manchester City Council spokesperson said: “Salt and Pepper have become so successful that our current extraction system is not capable of handling the level of smoke that originates from their stall, which posed a health and safety risk for other traders in the market.

“We have been working with the company since late 2020 to try and supply an improved extraction system. Manchester City Council deny the claims that Salt and Pepper have been asked to pay £100k for this.

“We considered several options, including offering alternative trading locations. Nevertheless, it was decided that we could not offer Salt and Pepper a new lease on Health and Safety grounds.

“We have supported Salt and Pepper by allowing them to trade for a period of time on a licence whilst they found alternative arrangements and wish them luck in their future endeavours.”

To keep up with Salt and Pepper’s moves over the coming months as they transition into their new home, give Salt and Pepper a follow on Instagram here.