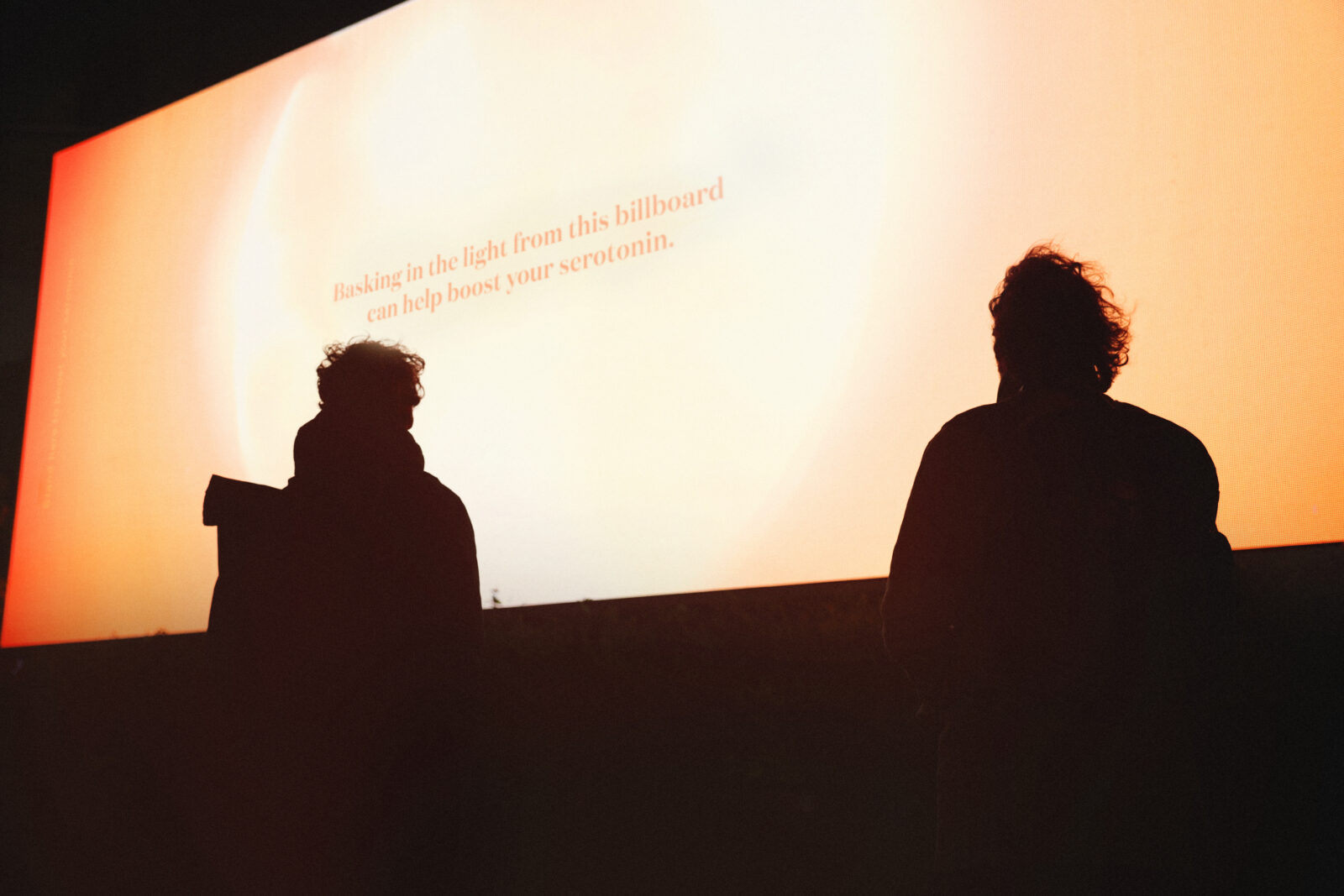 People walking into work this morning might have noticed something rather out of the ordinary looming large over Manchester’s commuters. Ever seen a ‘sunlight billboard’ before?

Said to be at its worst on so-called ‘Blue Monday‘ – apparently the most depressing of the year – Saatchi and Solgar have teamed up to create these unique sunlight billboards, designed to help simulate the effects of sunshine on passers-by.

Given the time of year, the cold temperatures and customary Manc weather, it can be tough to feel your best self throughout the day, but hopefully, these specially constructed billboards can help.

These giant golden-hued screens do exactly what they say on the tin; as explained in the caption written in the middle of the signs, “basking in the light from this billboard can help boost your serotonin”.

Manchester isn’t the only place these sunny SAD screens are popping up either: there’s one in the capital’s Westfield Shopping Centre and several in Birmingham as well.

Made using Ocean Outdoor technology, who have digital advertisement boards all around the UK, most famously the iconic Piccadilly Lights in London, these screens are much more than your usual advertising space.

As for our lovely but currently low-lit city, there’s one in Deansgate, Piccadilly Gardens, the Printworks and one along Market Street.

While many people speculate over how real Blue Monday is — there are plenty of other days in the winter that combine the post-Christmas lull with low light, rubbish weather, stretched finances and that overall back-to-work funk — seasonal affective disorder is very real.

Affecting around two million Brits every year, varying from mild in most cases to more severe among those suffering from depression and other mental health issues, the cyclical condition is also said to be four times more likely to occur in women.

With the way the country is right now, i.e. soaring energy bills and a cost of living crisis, you’d be forgiven for feeling down by default, so it’s good to see companies showcasing uplifting campaigns during this difficult time of year.

Moreover, it turns out us Mancunians could do with them more than most, as we’re reportedly already pretty low energy during the month of January, specifically.

All that being said, for today only, Monday 16 January (a.k.a. Blue Monday), you can make the most of these UV light-emitting billboards. Think of them as giant SAD lamps, like the ones you can buy for your home or the office — or, you know, a much smaller and squarer version of the sun.

Switching on at 4pm when it starts to get dark and lasting until 8pm, locals can stand in front of these sunlight billboards as they emit healthy levels of lux to boost their serotonin and, hopefully, lift their spirits. They’re absolutely free and probably one of the best uses of ad space we’ve ever seen.

We’re sure Blue Monday will brighten up for you in no time.