From tomorrow you will need to wear a face covering in takeaway food locations, coffee shops and other places – unless you're sitting in. 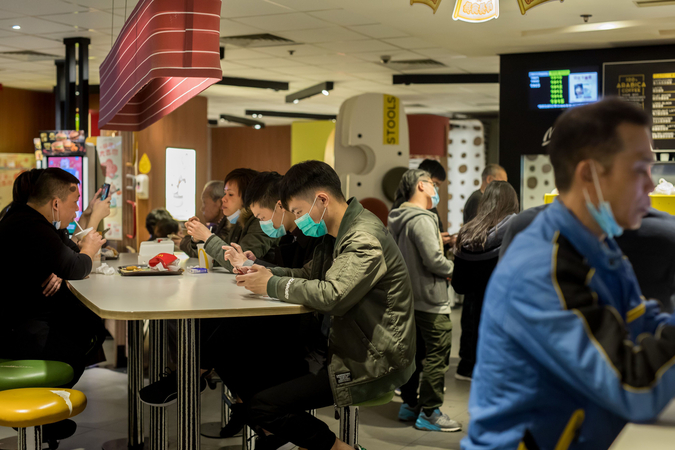 From tomorrow (July 24) it will become law to wear face coverings in shops and supermarkets in England.

However, there has been some confusion in recent days as people will not have to wear masks or coverings in bars or restaurants, because it is impossible to eat or drink while wearing one.

Government officials have failed to clear up the confusion after the laws were published earlier in July, however Tory Cabinet minister Brandon Lewis may have just cleared things up.

Mr Lewis cleared up days of confusion over the mandatory face covering law by confirming that you WILL have to mask up in takeaway locations such as fast food restaurants, cafes and coffee shops… Unless you are sitting in to eat or drink.

The Northern Ireland Secretary told Sky News: “Obviously if you’re in a food outlet it’s not practical to wear a face mask.

“If you’re going into Pret a Manger and you are eating in Pret a Manger, which in some of their stores you can, then obviously you wouldn’t be wearing a face mask because you’re eating.

“But it’s clear, good common sense that if you’re going in to buy a takeaway, and leaving again, you’re treating it like a shop – and you should be wearing a face mask.”

Mr Lewis also confirmed that people will need to wear masks in high street banks and indoor petrol station counters from tomorrow, too, as those are effectively retail outlets.

He told BBC Breakfast: “If you’re going into an outlet and you’re buying as if it’s a shop, you should be wearing a face mask.

“But of course, it’s not practical to wear a face mask if you’re eating.

“So for hospitality, if you’re going into that place to buy a sandwich and eat it on site, then of course no, you don’t have to wear a face mask.

“But if you’re using it as a shop, you should be wearing a face mask.”

This would essentially mean that people using table service in McDonald’s restaurants will not have to wear a face covering, however those coming in for an over-the-counter meal will need to wear one.

They are already compulsory on public transport.

What do you think about the mandatory face coverings law? Is it clear enough? Or are you confused? Let us know in our Facebook comments.