The 'Manchester Hope Box Appeal' aims to bring a shining light of hope this winter. 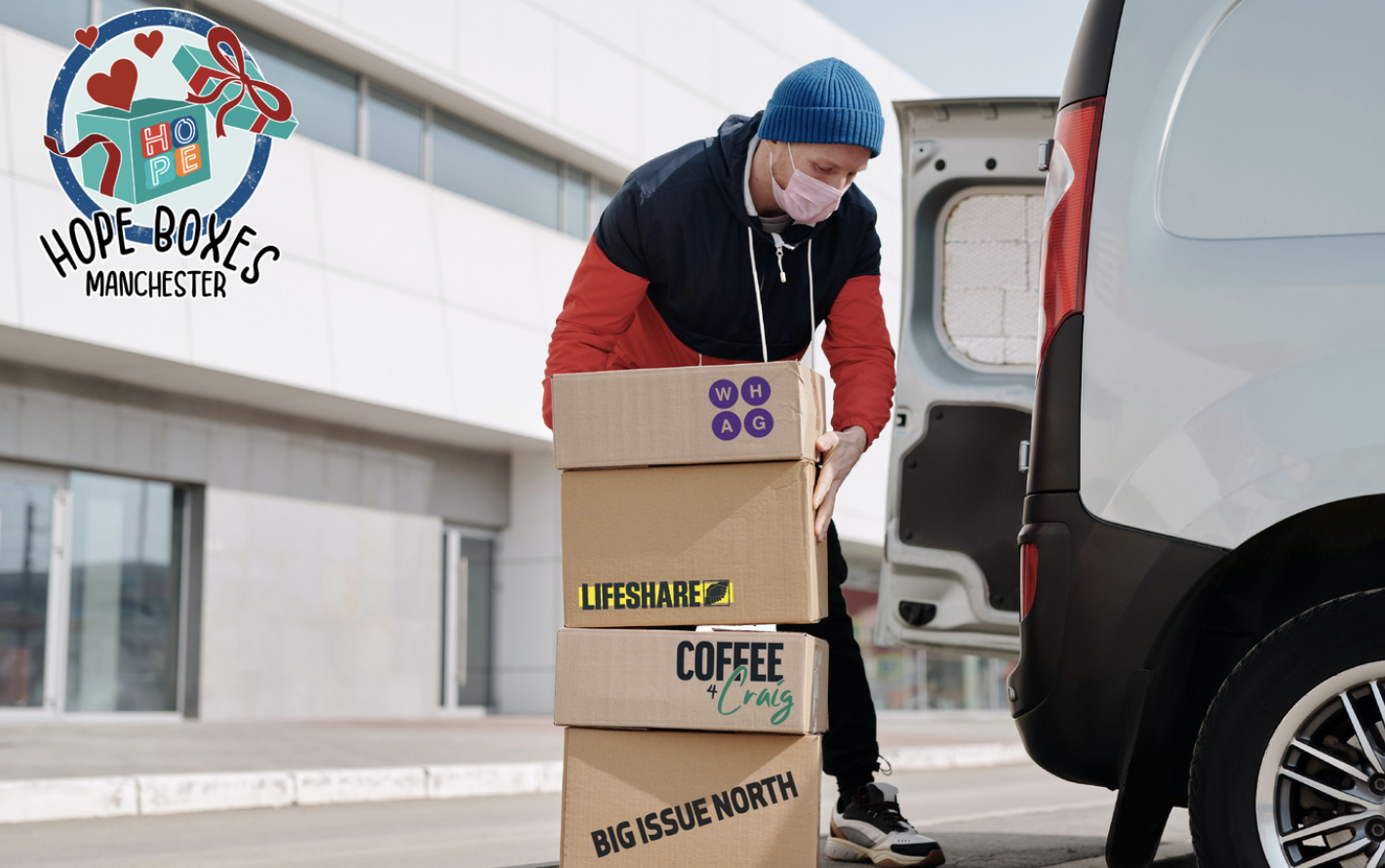 Manchester-based community interest company The Hope Revolution has launched a new initiative to deliver ‘Hope Boxes’ to some of the most vulnerable and homeless people in the region.

The ‘Manchester Hope Box Appeal’ aims to bring a shining light of hope this winter.

As the brainchild of The Hope Revolution – formed in 2019 to help the growing numbers of homeless and disadvantaged people living on the streets of Greater Manchester – the ‘Manchester Hope Box Appeal’ is a winter initiative designed to provide support by delivering boxes of new and essential items to those who need it most.

And in the year of the coronavirus (COVID-19) pandemic, it’s a service more vital than ever before.

“Charity donations are at the heart of what we do,” explains John James, founder of The Hope Revolution, “Over the last 12 months, we have been working closely with many charities and organisations in Greater Manchester who do great work supporting vulnerable and homeless people.

“We asked them what items they want to help and support the people in need this winter.”

Twelve Manchester charities are taking part in the appeal this year and have requested everything from pairs of socks, to lifesaving emergency survival bags.

The charities set to be supported are – Audacious Foundation, Barnabus, Big Issue North, The Boaz Trust, Coffee4Craig, GTMHS, Lifeshare, Mustard Tree, Reach Out to the Community, Shelter, Supporting People in Need, and WHAG.

John continues: “The ‘Manchester Hope Box Appeal’ shop contains all the essential items that will make a difference [and] once purchased, the Hope Boxes are delivered straight to the charity for them to distribute directly to where the items are most needed.

“There’s no minimum number of items required to fill your Hope Box as every donation will make a real difference this winter.”

And it couldn’t be easier to get involved either.

People wishing to lend a hand to the homeless and most vulnerable most across Greater Manchester this winter are asked to head on over to The Hope Revolution website shop, where boxes will be filled with items and then delivered straight to those in need.

100% of what someone pays for their Hope Box is spent on buying and delivering those exact items to the charities.

The Hope Revolution does not make any money from the sale of items.

The Hope Revolution prides itself on providing different ways of donating.

Since launching just over a year ago, the charity is growing fast and now covers 11 cities to support over 50 charities across the UK in the following sectors:

Visit The Hope Revolution website here to get started on your ‘Hope Box’.

And make sure to follow the group on Facebook, Twitter, and Instagram to keep up to date with all the hard work it’s carrying out to make it a Christmas to remember for so many.