There'll be over 50 rides to enjoy, plus elves and fairies, festive Christmas food stalls and theatre shows - plus Santa in his grotto 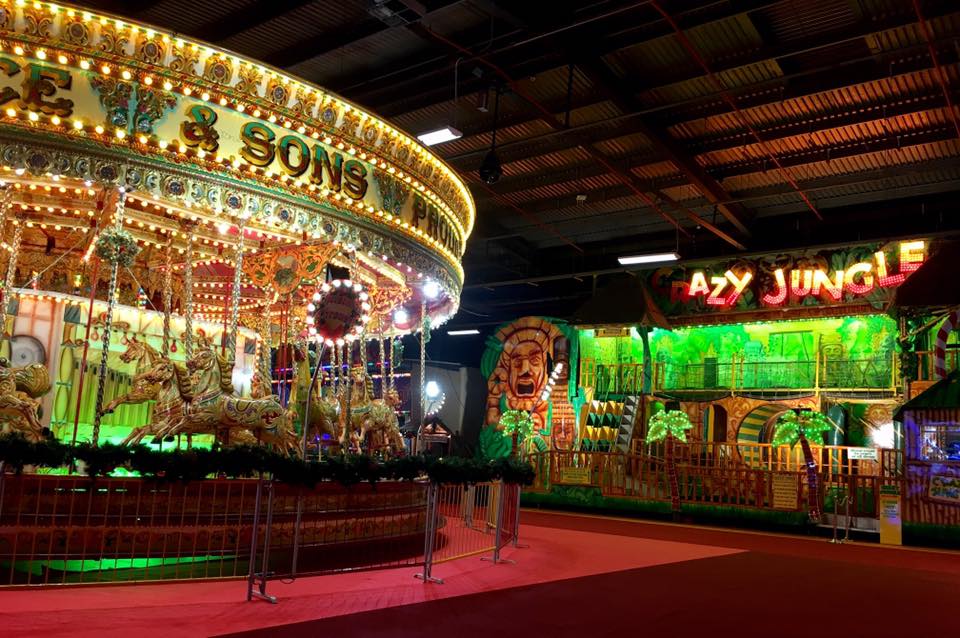 The UK’s biggest indoor Christmas theme park is returning to Manchester after a four-year break – bringing the magic of Christmas back to be enjoyed by families across the region.

The original Christmas spectacular Winter Wonderland will be coming home to Trafford’s indoor venue EventCity for 2021, having become a top attraction in the city in the years from 2013-2017.

The event will be bringing with it some magical Christmas experiences, with real reindeer on-site and elves and fairies on hand to greet little ones as they arrive to visit Santa in his grotto.

Organisers Kingpin Events will transform the indoor 22,000 sq m exhibition space into an “unbelievable and magical winter wonderland” with over 50 family rides on hand to enjoy, including popular favourites like the dodgems, roller coasters, waltzers and more.

They’ll also be bringing a huge array of children’s theatre to the fore this Christmas, with plenty of child-friendly shows taking place on the main stage with daily performances held throughout the Christmas period.

And as a special thank you to families, organisers will be introducing reduced ticket prices on certain days throughout the festive period to celebrate their return to Manchester.

Featuring TV stars Daisy and Ollie, families can head down to enjoy shows like the Ice Princess Show, Christmas Meltdown and the return of Winter Wonderland’s spectacular Christmas Circus.

There’ll be festive foods aplenty to enjoy too, from German bratwursts to waffles and crepes, plus lots of Christmassy games stalls to keep the kids happily entertained. Elsewhere, a German bar will serving up fresh Bavarian beers and other festive drinks and adult refreshments.

The magical festive bonanza has taken over Trafford’s EventCity every Christmas until 2017, at which point it was replaced with similar concept Winter Funland.

However, after a brief hiatus, the original spectacular Christmas event is back – and organisers still say they’ve more surprises up their sleeve that are still to be announced. Personally, we can’t wait.

Speaking on their return, organisersTammy and Billy Silcock of Kingpin Events said “We are absolutely delighted to be returning to Manchester this Christmas after a four-year gap, after the last 18 months we all need to create magical memories with our families, and we hope the return of the event will spread joy across the region.

“As a special thank you for the hard work of our NHS and Armed Forces we are introducing reduced ticket prices on specific days throughout the run.”

Tickets are on sale now, priced at £29.50 for adults and children off-peak and £35 at peak times. OAPs are priced at £20 and £27.50 respectively, and under-threes can visit for free at any time.