The Pet Gear Step Stairs are designed to help maintain and protect your pet's joint health. 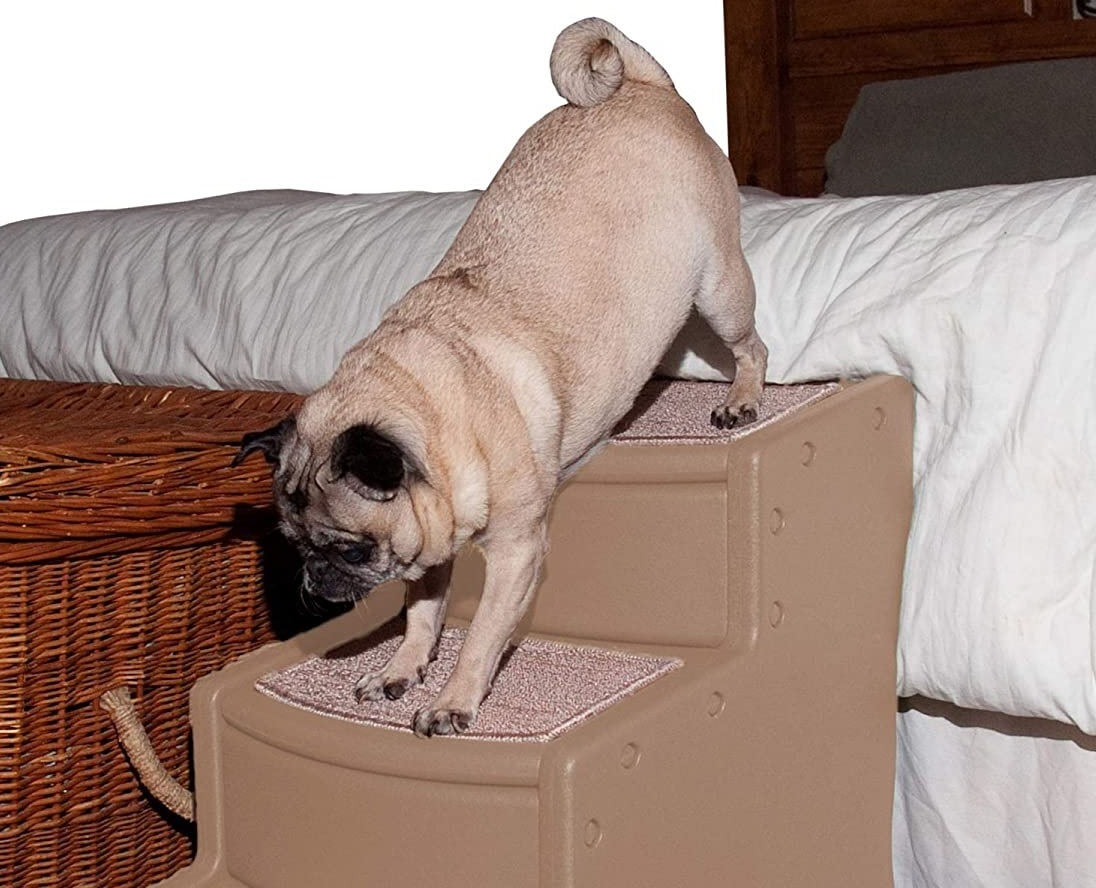 Little legs and big climbs aren’t usually compatible and this is why they can benefit from a lift up from from time to time.

As most pet owners will tell you, our pets are our best friends, but not everyone is particularly fond of having their pets climb on furniture items. For those who don’t mind, or actively encourage it though, we’ve found some handy pet stairs on Amazon and there’s probably more benefits to them than you initially thought.

The Pet Gear Step Stairs are designed to “help maintain and protect your pet’s joint health”.

It’s widely known that “pets who constantly jump off sofas, beds, and other furniture can place unnecessary strain on the joints” and this could potentially lead to arthritis in the future.

As with any steps some dogs may need a bit of training at first, but once they’ve mastered the knack, it’ll do them a world of good in the long run.

These stairs are best suited for pets up to 150 pounds and over a year old.

“The innovative incline of each step reduces the amount of stairs needed to climb, eliminating stress on your pet and the carpet tread is easily removable and machine washable.”

They’re also really easy to assemble by snapping together in a matter of seconds and requiring no tools.

The stairs are retailing on Amazon from £44.97 + postage/packaging and has a multitude of positive reviews from plenty of satisfied customers, so if you’ve been wondering whether it’s worth the buy or not, have a read of a few of those to help make you’re mind up.

Other colours and size/weight models that are suitable for different dog breeds are available, but do note that pricing does tend to vary.

They’re also eligible for Amazon Prime delivery perks too for those subscribed to the service.

If you know a pair of little pup legs that could do with a helping hand every now and then, you can get the Pet Gear Step Stairs from Amazon here.