AA rosette award-winner El Gato Negro, 5-star hotel The Lowry, Mackie Mayor, District and The Creameries are just a handful to be involved 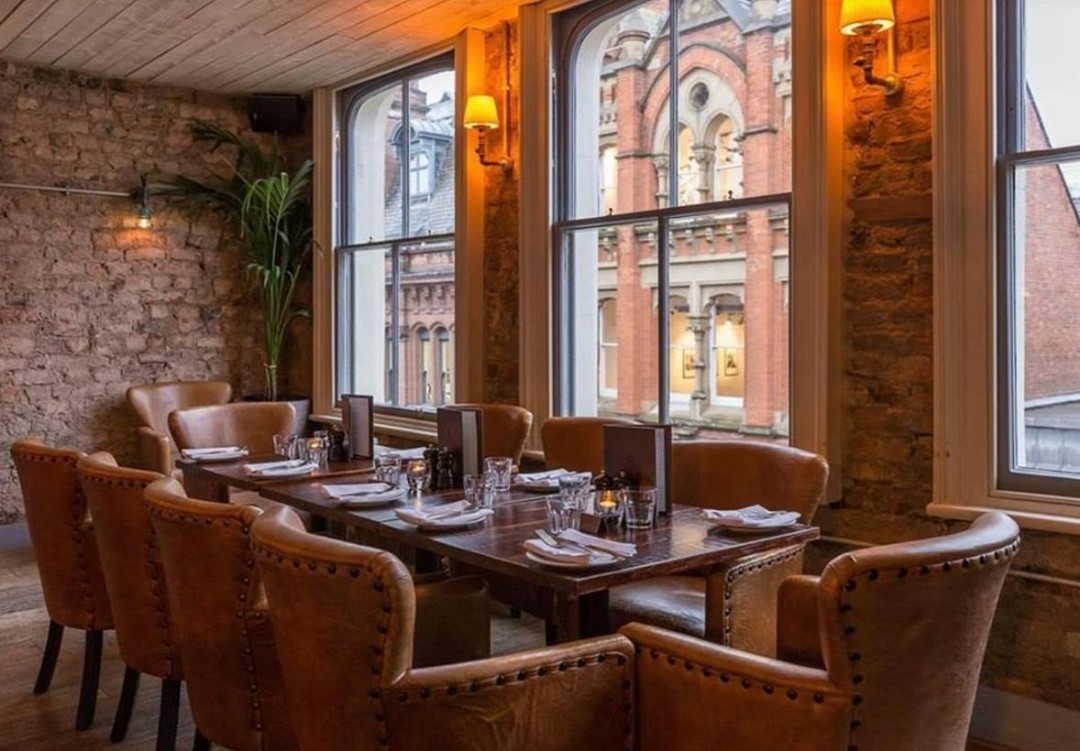 Some of the most sought-after restaurants in Manchester are raffling off tables to help feed local people in need.

Working in partnership with local charity Eat Well MCR, top restaurants like AA rosette award-winner El Gato Negro, 5-star hotel The Lowry, Mackie Mayor, District and The Creameries are just a handful to be involved in the fundraising raffle.

Launched to mark the start of the Manchester Food and Drink Festival, the Eat Well MCR raffle gives people the chance to win meals worth over £100 at some venues whilst also donating to support the charity’s important work across Greater Manchester feeding vulnerable local people in need.

With tickets priced at £10 each, every sale will provide five meals to people sidelined by poverty in Manchester as well as giving the buyer a chance to bag some mega prizes worth ten times the value of their raffle ticket.

There is a total of 31 prizes up for grabs, including concert tickets for Elbow, £150 to spend at Freight Island, £100 to spend at El Gato, £100 at Mackie Mayor, and VIP tickets to Homobloc’s WHP 2021 show at Depot Mayfield.

Further prizes include a meal for two at Tokyo Ramen, a £100 voucher for Tampopo, family tickets to Lightopia, and a traditional afternoon tea at five-star hotel The Lowry.

The proceeds from every ticket sale will go towards supporting families and other local Manchester people who find themselves fallen on hard times.

Many people In Manchester are using food banks, living in temporary accommodation with no cooking facilities, or sheltering from domestic abuse in a refuge – and these are the people that will be most helped by the sale of these raffle tickets.

See the full list of prizes up for grabs below and click here to purchase your raffle ticket. Act fast, the raffle closes on 27 September.

The full list of prizes available to win in the MFDF x Eat Well MCR raffle:

1.£100 to spend at any restaurant in the El Gato group

2.Meal for 2 at Tokyo Ramen (drinks not included)

3.Table for 2 at District for My First Crush + a bottle of wine OR 2 cocktails

10.Taste of Honey lunch or dinner for up to 15 people in Taste Of Honey’s secret courtyard (details TBC)

11.Traditional Afternoon Tea for 2 at The Lowry Hotel

(PLEASE NOTE: Winners must be fully compliant with all venue policies to gain entry, in particular covid compliance requirements click here to view. They should read this in plenty of time, as they may need to prepare lateral flow tests or covid passes ahead of the show. Sadly due to Covid restrictions and to reduce the risk of infection or transmission, there are no aftershow arrangements, backstage access or meet and greet opportunities on this tour. Winners are advised to keep an eye on Elbow and Apollo social media for any last minute changes.)

(Winner to notify of any specific dietary requirements; Allergen information can be found under the product description on website. Prize includes delivery to main UK postcodes – additional charges for delivery to Highlands & Islands. Cheeses can occasionally be different to description due to seasonal availability.)

(including a bottle of natural wine (choice of red, white or orange), maple + rosemary nuts, a jar of organic jam, a jar of organic chutney and a bar of small batch chocolate. Shipped or collection from Isca.)

20.Into The Gathering Dusk – Botanical Gin and Tonic Package

(Contains a selection of seasonal and organically grown PFMG vegetables and herbs along with pickles, kimchi, hot sauce and sweet and savoury treats all produced by amazon chef at the PFMG onsite kitchen with own grown ingredients. Also included, organic eggs and apple juice from local supplier.)

24.Adam Pester A1 print of Manchester

(The recipient of this prize may choose one large or two smaller items from their Collection One range to be specially made for them.)