The incident occurred in the early hours of this morning. 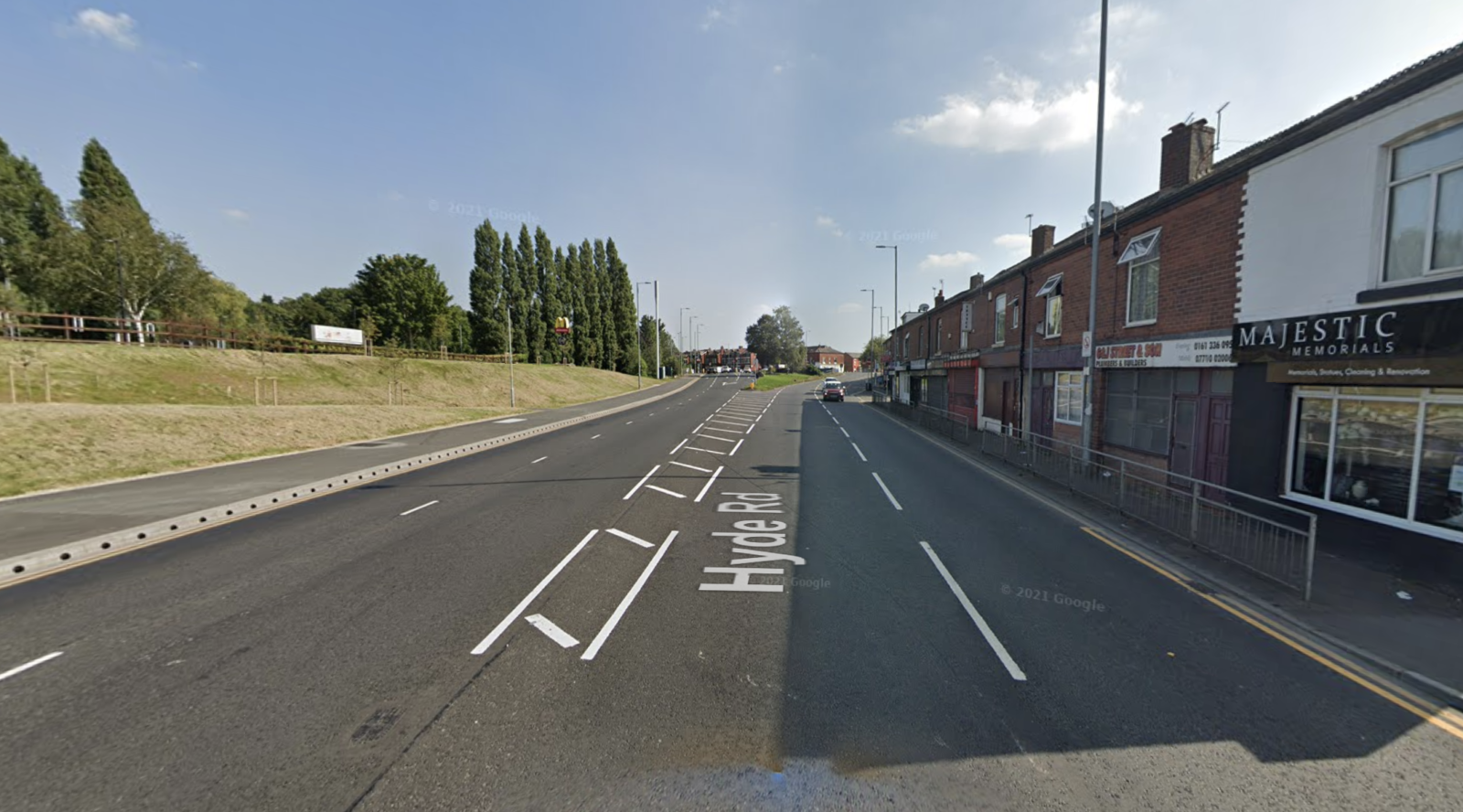 A woman has been arrested on suspicion of dangerous driving after a 23-year-old man died in a collision this morning.

Emergency services were scrambled to the scene of the horror crash in Gorton at around 2.50am.

A blue Range Rover crashed into a telephone mast near the junction of Debdale Lane on Hyde Road.

The 23-year-old male, believed to be the front-seat passenger, was sadly pronounced dead at the scene.

Specialist officers are supporting his family at this devastating time.

The man believed to have been the driver and a second passenger are both being treated for serious and minor injuries respectively in hospital.

Since the crash, a woman, 23, has been arrest on suspicion of causing death by dangerous driving and remains in custody for questioning.

Enquiries have suggested that a grey Audi A3, of which the woman is believed to have been the driver, may have been involved in the incident.

GMP’s Serious Collision Investigation Unit (SCIU) is now appealing for anyone who may have seen the two cars driving in the Gorton area to get in touch.

Officers are particularly keen to speak to anyone who may have footage, including dashcam, mobile phone, CCTV or doorbell footage from the area in the moments before the crash between the Range Rover and the mast took place.

Sergeant Andrew Page, of the SCIU, said: “My thoughts are with all those affected by this devastating incident – particularly the family of the man who sadly lost his life, and we are doing all we can to support them at this awful time.

“We’re working to piece together the circumstances behind this incident and will be conducting a full and thorough investigation to ensure that no stone is left unturned to establish exactly what has happened here.

“While we have one woman in custody, we are keen to hear from anyone who may have seen or heard anything in the area in the early hours – or who may have footage from around that time that could end up being crucial to this investigation.”

Alternatively, details can be passed via the LiveChat function at www.gmp.police.uk or via the independent charity Crimestoppers on 0800 555 111.