Bee The Difference is a new research project by and for younger Manchester Arena attack survivors. 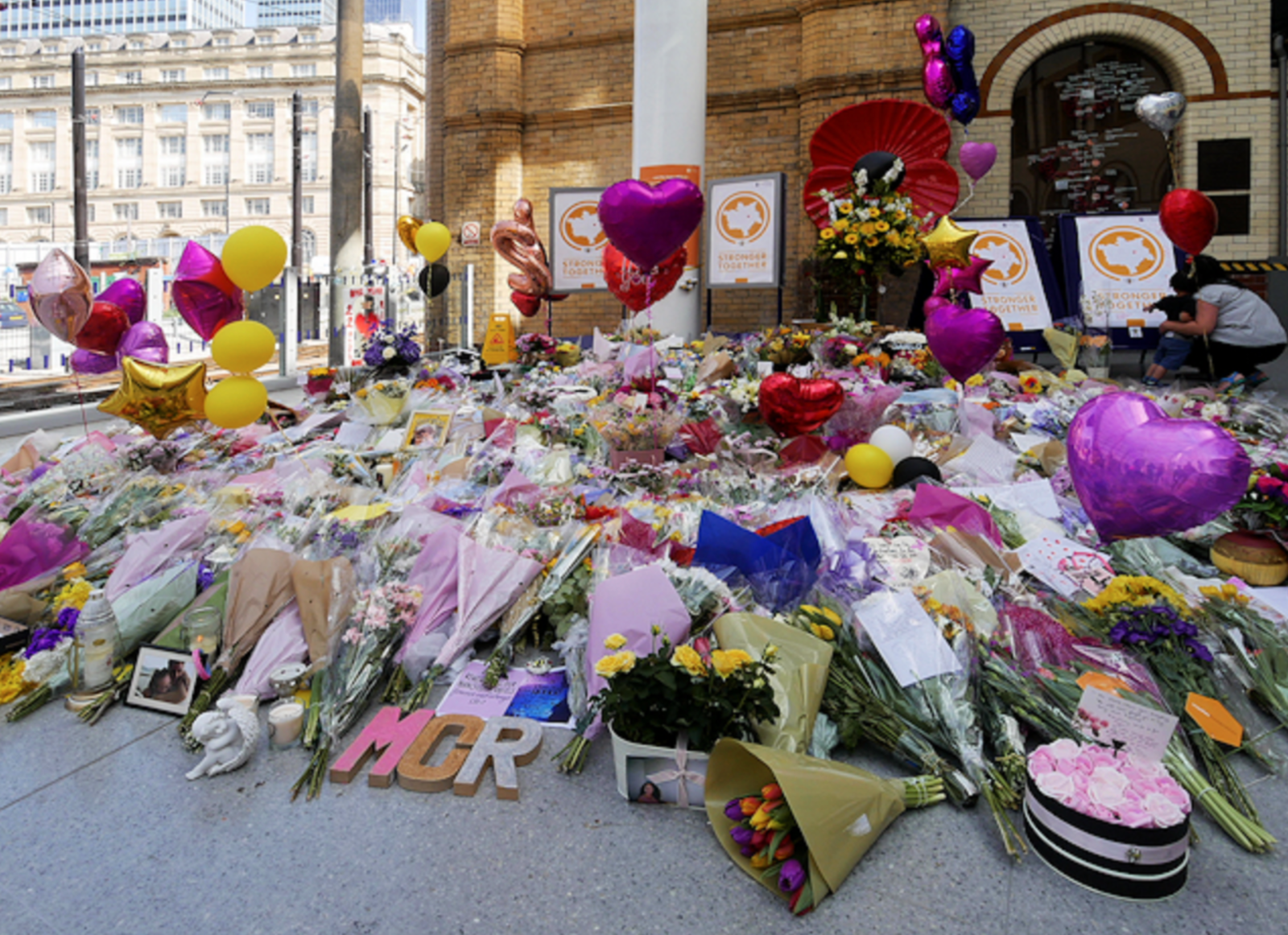 Young people affected by the Manchester Arena attack are being urged to complete a questionnaire and share their experiences of the trauma support they received.

It’s all part of a groundbreaking new research project called Bee The Difference, which is a collaboration between nine young survivors of the attack – where 22 people tragically lost their lives on 22 May 2017 following an Ariana Grande concert at Manchester Arena – the National Emergencies Trust, and researchers from Lancaster University.

Over 1,000 were also injured when when British-born terrorist Salman Abedi detonated a homemade bomb as fans were leaving the Arena, and hundreds more suffered severe psychological trauma following the attack.

People who were under the age of 18 when the attack occurred are now being urged to speak out.

“If you were affected by the terror attack at the Manchester Arena and were under 18 at the time, we would love you to take part in our survey,” the Bee The Difference project explains.

The anonymous online survey is to all young people whose lives were affected by the attack – including those impacted by what happened to a loved one or friend, as well as those who were personally present at the Arena when the attack happened.

The survey asks about the support received since the attack, and how helpful people found this.

Those behind the Bee The Difference project hope that the experiences shared will help to make sure that children and young people affected by terror attacks in the future receive “the best possible support”.

Later this year, the survey findings will be shared with various organisations – including the government, healthcare and education providers, and other civic and charitable bodies.

Dr Cath Hill – who is a lecturer at Lancaster University, and also co-founder of the Manchester Survivors Choir made up of attack survivors – is one of the lead researchers of the Bee The Difference project, and she explained: “I know through my experience with the choir that young people affected by the Manchester attack have sought support in a range of places, their GP, counsellors, teachers, social groups and social media.

“Some of this was incredibly helpful, some of it missed the mark completely, while some measures taken inadvertently introduced more trauma.”

Dr Hill added that, now over five years on from the attack, “it’s time to start to talk about this” and make sure young people who experience similar events in the future “get the best possible care.”

“Bee The Difference is a chance to take something that changed our lives completely in a negative way and turn it into something positive for the future,” added 20-year-old Ellie Taylor – who was 15 when she was caught up in the attack.

“The questionnaire isn’t invasive [and] it’s not about your personal story and what you went through.

“It’s just a few questions to find out what worked mentally for you, and what didn’t help, so we can find out what needs to happen in the future.”

The Bee The Difference survey will be open until 17 October 2022.

Those who are currently under 16 and wish to take part will be asked for consent from a parent or guardian, and you can find out more about Bee The Difference and complete the questionnaire here.