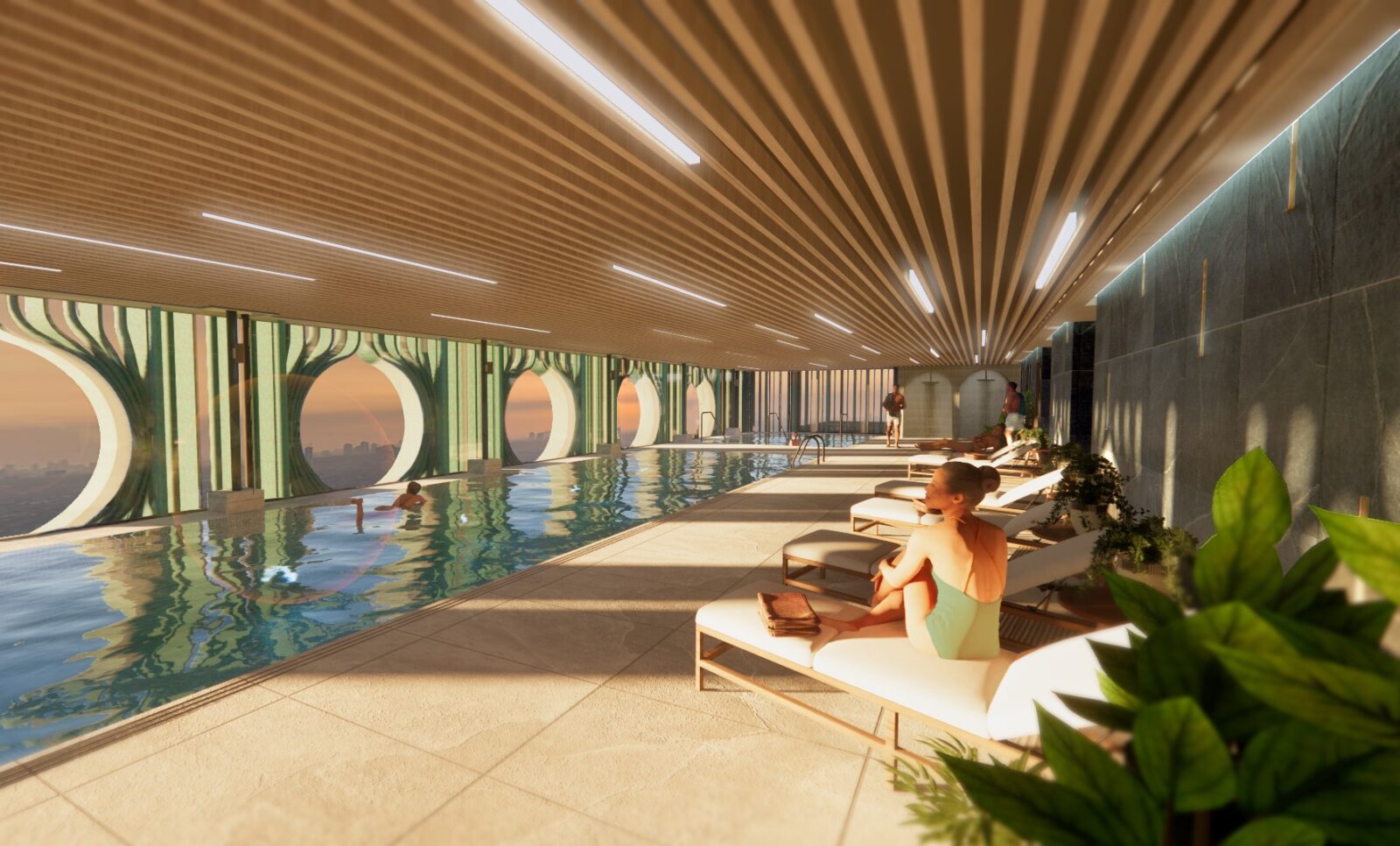 Plans have been revealed for a new 18-storey tower in Manchester city centre, complete with a rooftop pool.

The Alberton will be the latest development from Bruntwood, who want to build a ‘revolutionary’ workspace and leisure destination.

The £93m development would replace the existing Alberton House on St Mary’s Parsonage, the site of the first Manchester Gas Works.

Plans include a rooftop holistic wellness centre, which would house the UK’s highest workspace pool as well as a hydrotherapy vitality pool, hot and cold treatment rooms, a fitness studio, a yoga terrace, a physio room, and shower and changing facilities.

On the 17th floor, there’ll be a panoramic roof terrace with views across the city, and a food and beverage outlet.

It’s being designed by EPR Architects, who are creating a ‘modern reimagining’ of Manchester’s Victorian cotton mills.

The work on the site is set to begin later this year ahead of an early 2025 completion.

The plans propose the demolition of the existing Alberton House, which has been identified as an energy-inefficient 1960s office building.

When complete, The Alberton’s ground floor will connect the Trinity Bridge walkway and Motor Square, with a hospitality offering across the entire floor including a restaurant, bar and coffee shop.

Completing the plans are a screening and cinema room, a flexible event space, a cycle hub with showers, and Brompton bike lockers, as well as the 17th floor roof terrace.

Ciara Keeling, CEO of Bruntwood Works, commented: “The Alberton is going to revolutionise workspace, not just in Manchester but across the UK. It is a development that supports integrating wellbeing into customer’s daily lives to encourage a positive work/life balance.

Read more: Over eight million UK households will automatically get £326 today amid cost of living crisis

“This is evident in our plans to create a holistic wellbeing centre that will act as the focal point of the entire development, including a rooftop pool with panoramic views of the city.

“We understand that the way we work and live has changed for the long-term, so we wanted to give our customers a space that suits their changing needs and helps to promote a working environment where they can thrive professionally, but also personally.

“Our Pioneer programme has always recognised the need to incorporate best-in-class wellness and amenity credentials within the workspace, and The Alberton will offer the pinnacle of this. We are proud to be able to deliver a world-class workplace and leisure destination to Manchester as it continues to compete on a global stage for inward investment.” 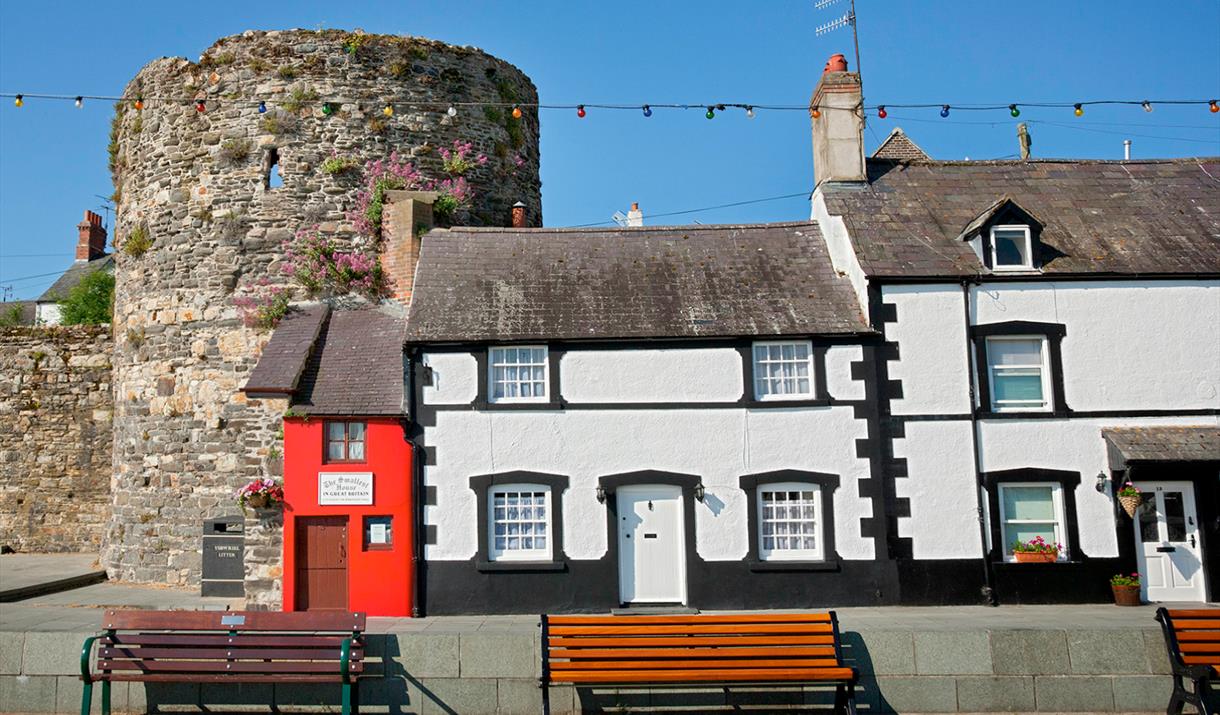 The smallest house in Britain has been a popular tourist attraction for decades now, and most visitors agree that it’s exactly want it says on the tin.

But for some, it’s apparently “too small”? Yes, we’re just as confused as you are.

If you’re not familiar with the little property and what makes tens of thousands of people flock to visit it each year, The Smallest House in Great Britain can be found nestled at the end of a row of terraced houses on Conwy’s quayside in Wales, and even though it may be tiny, you really can’t miss it because the outside is painted bright red.

A national treasure that’s well worth a few minutes of your time, the tiny house stands at 122 inches tall and is only 72 inches wide, with just 1.5 sq m of usable floor space.

Although it may seem too small to live in, the house is actually extremely practical, with just enough room for a single bed, a fireplace, and a coal bunker, and it was actually occupied by several different families for more than 300 years right up until May 1900.

But ever since then, it has been visited and marvelled at by millions from around the world.

Even though the clue is in the name, it turns out that some visitors to The Smallest House in Great Britain over the years have been astonished to find out that it is, in fact, a “very small house”, and they’ve taken to TripAdvisor to air their grumbles about the size of it.

“Yeah….. it’s a tiny house. Nothing amazing, just a cute photo opportunity especially with kids, so if you’re in the area, just stroll by,” one review reads.

Another matter-of-fact review sums the house up quite brutally: “It’s a small house on the sea front, it’s very small and to be honest, it’s hard to fill out 100 characters as it’s not very big, says it all.”

Some reviewers also moaned that the tourist attraction is lacking in capacity and facilities, with one person claiming they “couldn’t spend more than half an hour there,” and another saying there “wasn’t enough space to turn around.”

It was also dubbed nothing more than a “small extension” by one unimpressed reviewer.

Overall, most visitors seemed to be suitably impressed by what they saw though and loved getting to experience the history, character, and period charm on offer – but one reviewer summed up the general consensus best: “Worth seeing and worth going in, but once you’ve visited, you won’t need to visit again.” 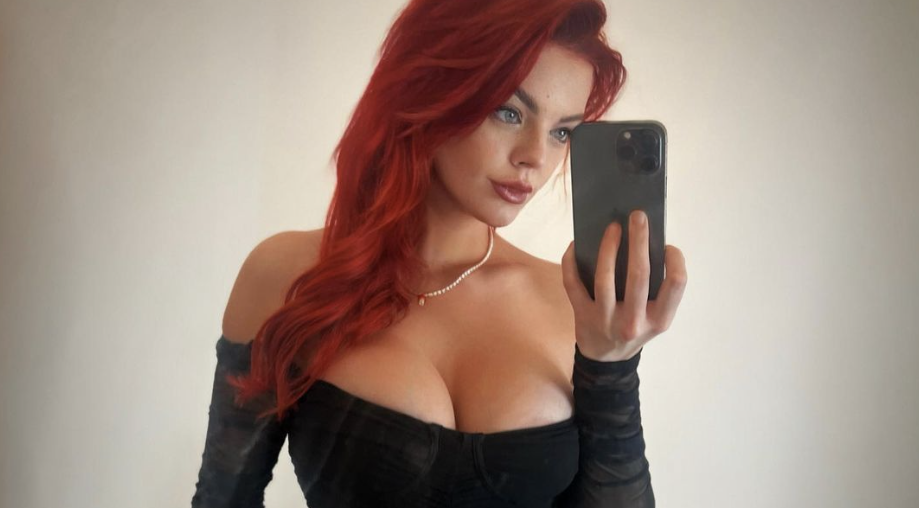 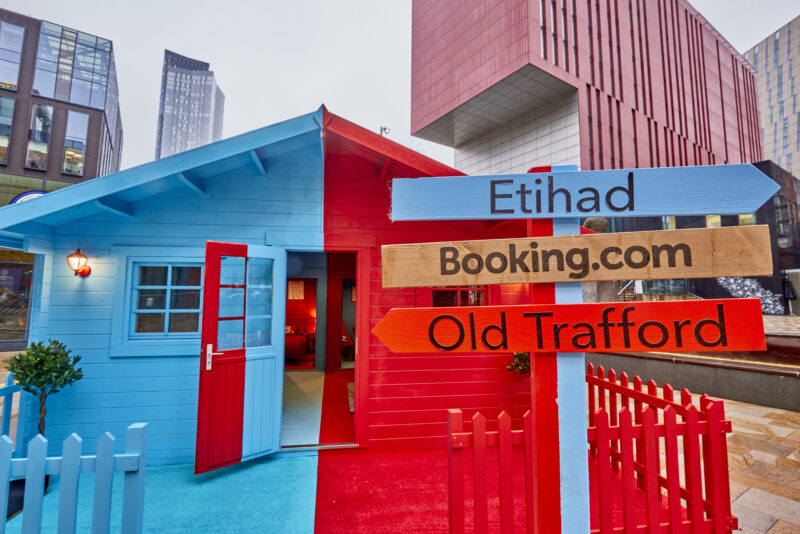 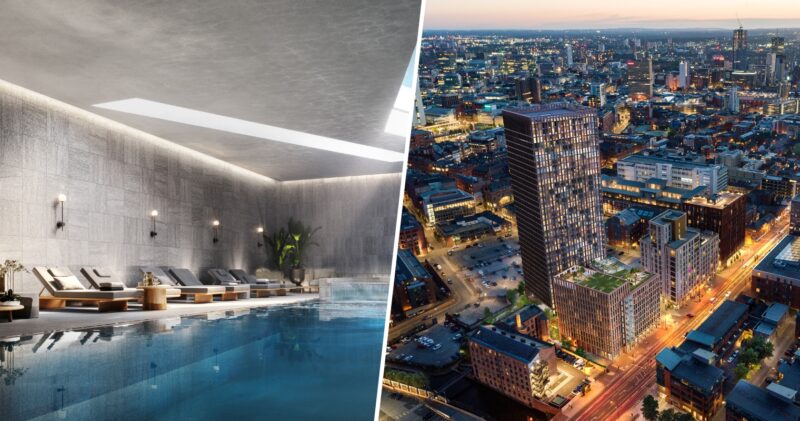