It's his first full-time managerial role. 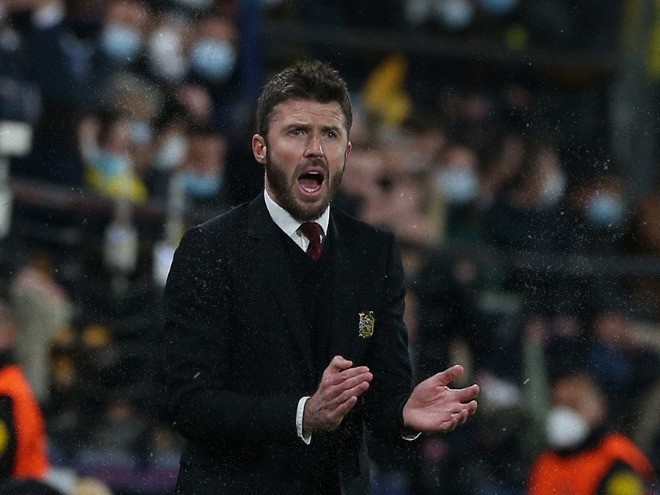 Ex-Manchester United midfielder Michael Carrick has been appointed the new manager of Middlesbrough FC, it has been announced.

The 41-year-old Geordie and former Red was said to be in “advanced talks” with the Teesside club after being identified as one of their top target’s for the role.

This will be Carrick’s first permanent position as a professional coach, having previously been part of United‘s backroom staff for several years and served as caretaker manager for just under a month following the sacking Ole Gunnar Solskjær back in 2021.

Middlesbrough sacked their manager previous, Chris Wilder, on 3 October after less than a year in the job.

The former Sheffield man won just two games in his first 11 matches and the board felt a decision had to be made before their fates were resigned to relegation.

The Championship club currently sit 21st in the table with just 17 points.

Owner Steve Gibson will be hoping that Carrick can turn their fortunes around quickly if they are to finish in a healthy position this season.

Carrick spent a decade and a half at Old Trafford as a player, coach and interim manager and is simulatenasoubely considered both a club legend and largely underrated by many when considering his longevity and well-decorated career.

A holding midfielder known for calming games down, distributing from deep and helping dictate the tempo of games, ‘Boro fans will be for his team to demonstrate better control of the ball and a more possession-based style of football.

That being said, United’s old number 16 wasn’t all long-range passing and breaking up the play in the middle of the park, he also chipped in with a few goals in his time.

Carrick scored 24 and assisted 37 in 464 games for United, as well as a handful for the likes of West Ham and Spurs.

He retired as a player back in 2018 and has been coaching ever since. Ex-Southampton midfielder turned Sky Sports pundit David Prutton says Carrick’s coaching philosophy and “very, very good reputation” will see him succeed as a manager.