He might only have two for United this season but he's scored plenty down the years. 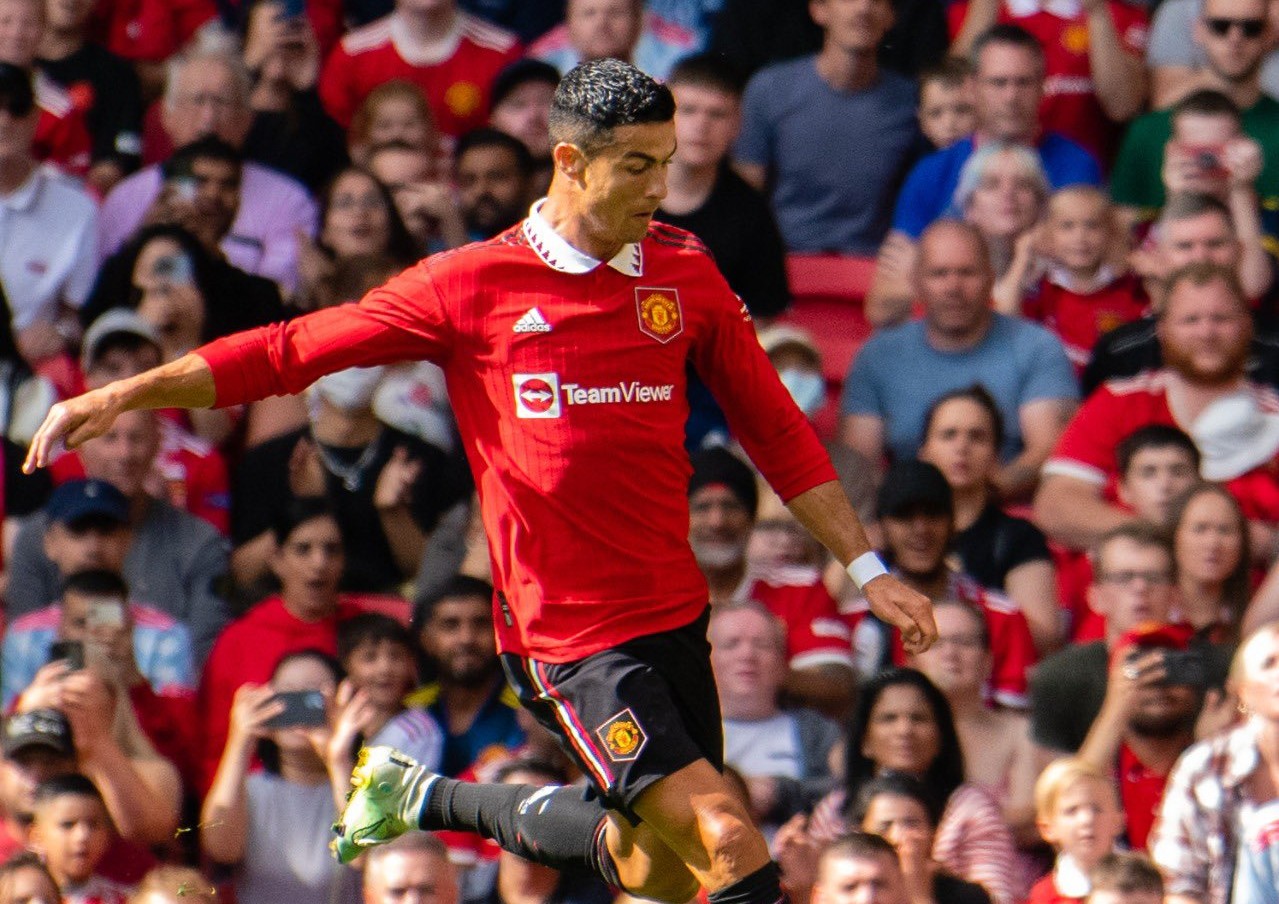 Cristiano Ronaldo scored his 700th club career goal in Manchester United‘s 2-1 win over Everton on Sunday night, making him the first player to ever do so.

This is just one of many other goalscoring records CR7 has to his name over a 20-year playing career and while Erling Haaland might be the biggest goal machine in Manchester right now – or anywhere for that matter – Ronaldo’s longevity is rather incredible.

First up, let’s deal with his most recent landmark: 700 club goals.

Ronaldo started out his career at Sporting Lisbon, netting just five before being snapped up by Man United the first time around where he went on to score 84 goals.

Then came Real Madrid, where he etched himself into history with a whopping 292 goals in 311 games. He spent nearly a decade in the Spanish capital before moving to Juventus, where he scored 81 goals in just under a century of appearances.

After returning to Old Trafford last year, he scored his 144th goal for United over two spells on Sunday. This is how he did it:

These goals haven’t just come against any old opposition either, Ronaldo became the Champions League’s all-time leading goalscorer back in 2015 and has pretty much held this position for the past seven years.

The Ronaldo vs Messi debate is one that will never be settled but while many may feel the latter is the more gifted footballer overall, you can’t argue with numbers and 140 goals to Messi’s 127 in the Champions League is a gap we don’t see being closed any time soon.

We certainly don’t expect anybody to score a better one than this:

Doing it in the big European games is one thing but there is no bigger stage than representing your country at an international tournament and Ronaldo has been Portugal’s hero and top goalscorer for years.

He became their leading goalscorer all the way back in 2014 before going on to break Ferenc Puskás’ European record of 84 national-team goals at the 2018 World Cup. He now sits on 117 goals for his country, the most of any male player — no matter how many time Pele tries to move the goalposts.

It seems there is no number too big for the Portuguese star and even at 37, he is still scoring goals at the highest level and he hit the professional pinnacle not long after returning to United last season.

On 12 March, 2021, Ronaldo broke Joseph Bican’s record nearly 70-year-old record of 805 competitive goals with a hattrick against Spurs that very much rolled back the years and stamped his name even deeper into the history books.

This is how it happened:

With the veteran now off the mark for the Premier League season, we expect there’ll be more to come. No matter his age, how many minutes he gets or well he plays, Cristiano Ronaldo scoring goals is just a fact of life.

There will inevitably come a time when someone will take his goalscoring crown — and we have a feeling it might a certain blonde-haired individual across the other side of Manchester — but on this, it feels like Messi will always come second to Ronaldo as the greatest goalscorer of all-time