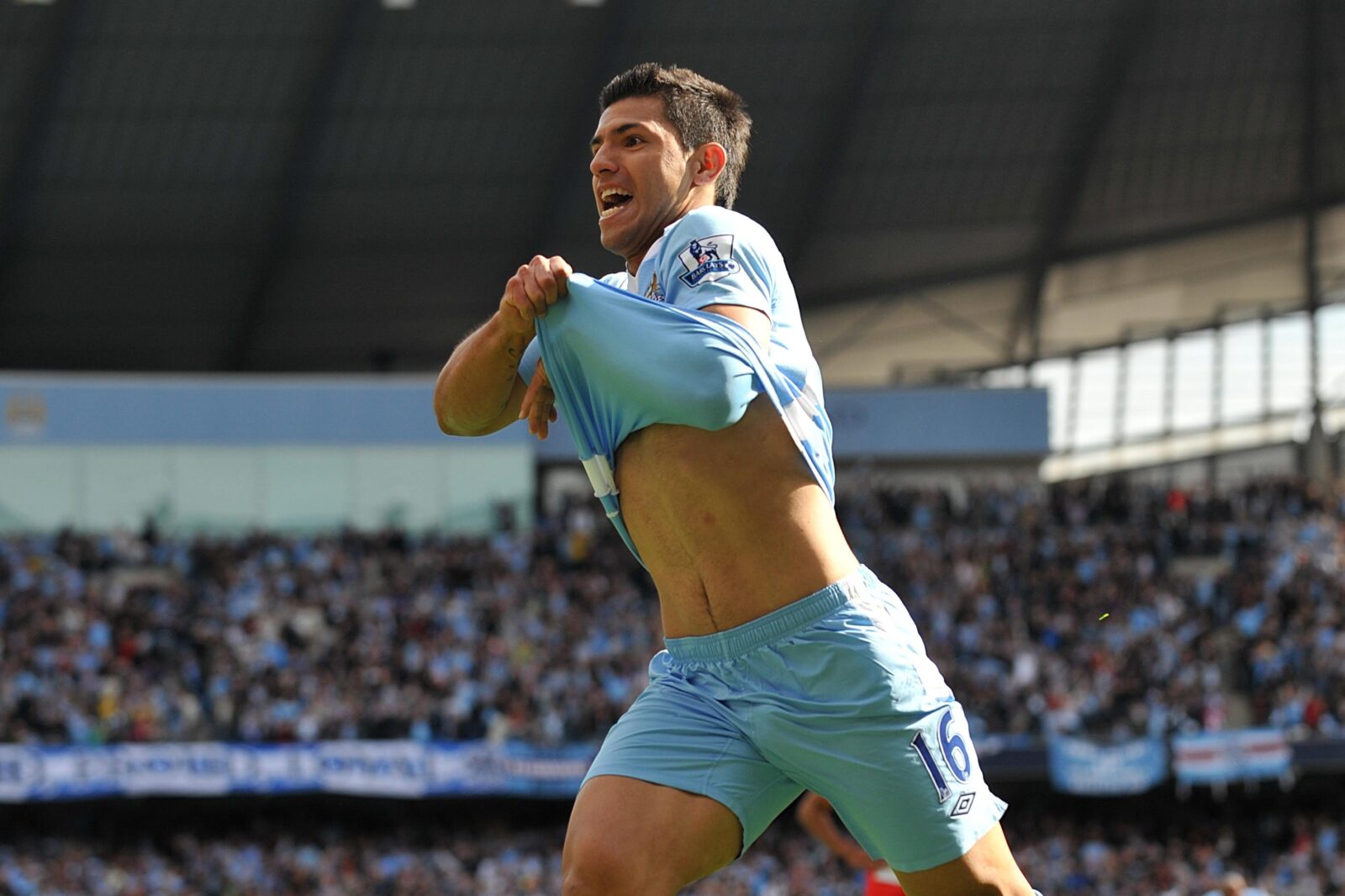 It is probably one of the most iconic moments in football history. Whether you’re a Red or a Blue, or anything else for that matter, you can’t deny how iconic Sergio Aguero’s 2012 title-winning goal is.

Moreover, one lucky person could get their hands on a piece of that history, as the actual match-worn Aguero 93:20 shirt is finally going up for sale.

The 2011/12 Manchester City home kit which the Argentinian striker was wearing when that moment happened is being auctioned off to the highest bidder and is expected to net at least £20,000.

This particularly precious piece was actually due to go up for sale back in May by Graham Budd Auctions Ltd, a specialist auction house for iconic sporting items and memorabilia, but ended up being withdrawn due to “unforeseen circumstances”.

Now, though, the number 16 jersey – Aguero’s number before he picked the 10 – is due to go for auction at Hansons Auctioneers in Etwall, Derbyshire, on 3 November.

Hansons’ head of sports memorabilia David Wilson-Turner described the shirt as “arguably the most important goal in the club’s history”, with the auctioneers adding that teammate Mario Balotelli apparently asked to keep the shirt but that it was ultimately left in a bag at the Etihad Stadium.

Following the game that saw City win their first title in 44 years over rivals Manchester United, Aguero’s muddied and champagne-soaked shirt was picked up by a former Manchester City kitman who donated it to the National Football Shirt Collection, which loans shirts to museums around the country.

The collection’s owner Neville Evans said that he “never planned to sell it but [his] curator is currently undergoing medical treatment” and the proceeds ‘will be shared between him and two charities important to him, Testicular Cancer UK and the Stroke Association.”

Having been forced to retire due to heart problems back in December 2021, the 34-year-old City legend will no doubt be pleased to hear that whatever fee it fetches will go towards a good cause.

As you might expect, Aguero has regularly described the goal as “the best moment of my life”. We dare say you and every other City fan, Serg.

It was the 10th anniversary of the 93:20 goal back in May, with City fans as well as current and former players reliving the moment back at a special club event.

Whilst you’re here, you might as well watch Martin Tyler’s unforgettable commentary and that ridiculous goal for the umpteenth time as well: