We know it can be hard to say no to our four-legged friends, but sometimes you just have to. 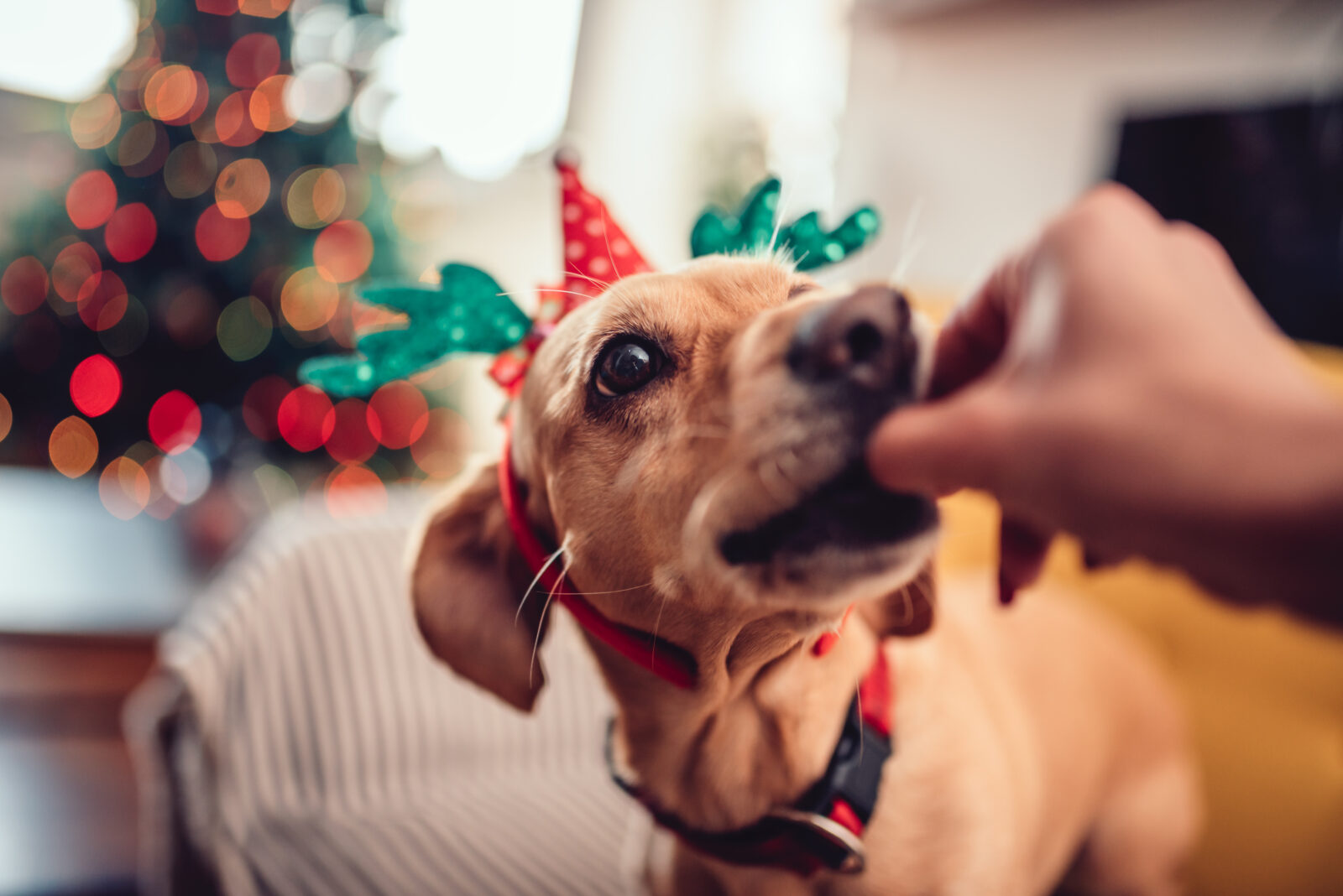 With Christmas only a few days away, and the festive feasting having firmly already begun for a lot of households, we need to keep an eye on those food vacuums.

And by food vacuums, we of course mean our four-legged friends.

We all know that a lot of food tends to get thrown away over the Christmas period, and because of this, you may be tempted to treat your pets to some of the leftovers – but did you know that some common festive foods can actually make our pets seriously ill?

This means it’s so important to know which ones should be avoided.

Animal health specialists at OurFitPets have put together a list of common Christmas foods that can cause serious health problems for cats and dogs, as well as given some advice on what you should do if your furry friend accidentally eats any of these foods.

Some of the warning signs that your pet has poisoning from the various foods on list list to look out for include vomiting, diarrhea, increased thirst, changes in urination frequency and habits, changes in appetite, and much more.

Here’s 10 festive foods that are toxic to pets.

These common Christmas treats are filled with dried fruits, such as raisins, sultanas and currents, all of which are particularly toxic for cats and dogs.

They can cause kidney failure if consumed.

Any foods that contain vegetables of the allium variety should be off the menu for cats or dogs.

This includes fresh and powered forms of aromatics, such as onions, garlic, shallots, leeks and chives, which are frequently found in Christmas stuffing and gravy, as these vegetables all contain a compound called N-propyl disulfide – which is damaging to your pet’s red blood cells, and can cause them to develop anaemia.

This is one we’re all pretty familiar with, right?

Chocolate can be particularly toxic for cats and dogs as it contains a compound called theobromine, which animals can’t metabolise easily.

Dark chocolate and baking chocolate being the worst offenders, as they contain the highest levels of theobromine, while white chocolate is the least harmful as it contains only a small amount of the compound – although it’s obviously not recommended that you feed them any type of chocolate.

Consumption can cause overstimulation of pets’ muscles, including their heart.

While it’s not fully understood why Macadamia nuts are unsafe for pets, we do know that consuming them can cause your cat or dog to appear weak or sleepy, and can cause painful or stiff joints that may make it difficult for them to walk.

This variety of nut can also induce vomiting, tremors, and raised body temperature for up to two days.

Blue cheese such as Roquefort contain a compound called roquefortine C, which is known to cause muscle tremors and seizures in cats and dogs for up to two days.

Like blue cheese, dairy that has gone past its use-by date, or different bread products that contain fungi can become mouldy and produce mycotoxins that give similar negative effects for cats and dogs when ingested.

Animals are more sensitive to the ethanol present in alcohol than humans are.

Consumption of alcohol will cause your pet to become drowsy and unstable on their feet, and, at worst, can cause a drop in body temperature and blood sugar – which can lead to seizures or a coma.

While not necessarily toxic to cats and dogs, turkey bones can be brittle which means there is a high chance of them splintering and lodging in your pet’s throat or stomach.

Turkey fat – and fatty foods in general – shouldn’t be given to pets in large quantities either as they can cause stomach discomfort and diarrhoea.

What should I do if my pet has eaten something it shouldn’t have?

Even if your pet has only eaten a small amount of these foods, it’s important to do the following:

A few tips pet owners should keep in mind this festive season is making sure chocolate is kept out of reach, including removing Christmas tree chocolates and avoiding putting wrapped selection boxes under the tree, and considering putting pets in another room while you eat your Christmas dinner so they can’t eat food that drops on the floor.

It’s also a good idea check the list of ingredients in any food before feeding to your pet, as many products will contain onion or garlic powder as flavouring – which is just as harmful for your pet as the real thing.