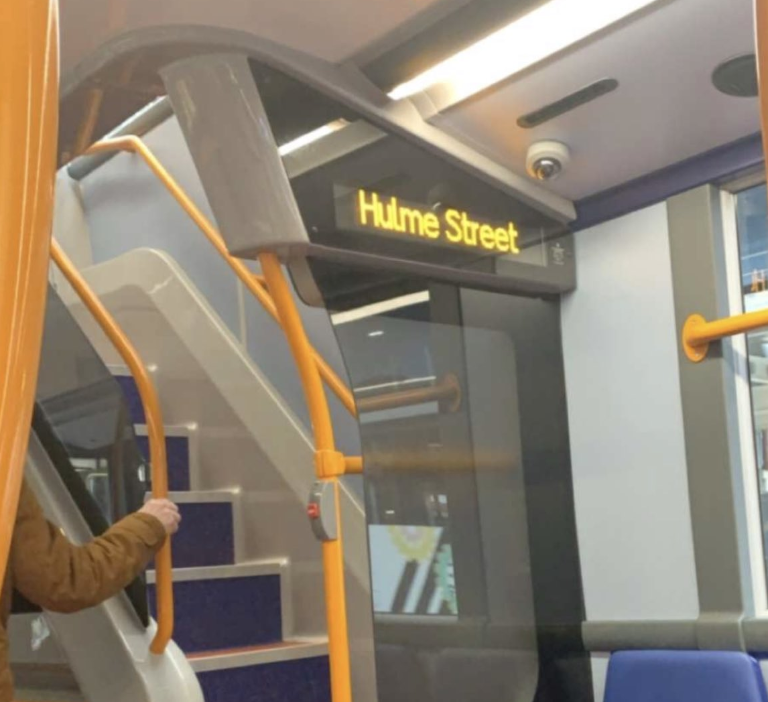 Twitter users from both sides of the North/South border are weighing in on an impassioned debate about government funding... and it's all because of a picture taken on a bus.

An amazed Manchester traveller praised the interior of a plush public transport vehicle recently, snapping an image with the caption: "OMG these buses talk AND have the stops in writing wow Mcr is evolving."

A Londoner re-shared the image on Twitter shortly afterwards, calling northerners "farmers" and following up with the quote: "we’ve had these for decades in london oh my days".

y’all look at these farmers ? pic.twitter.com/E0IIz08Jkp 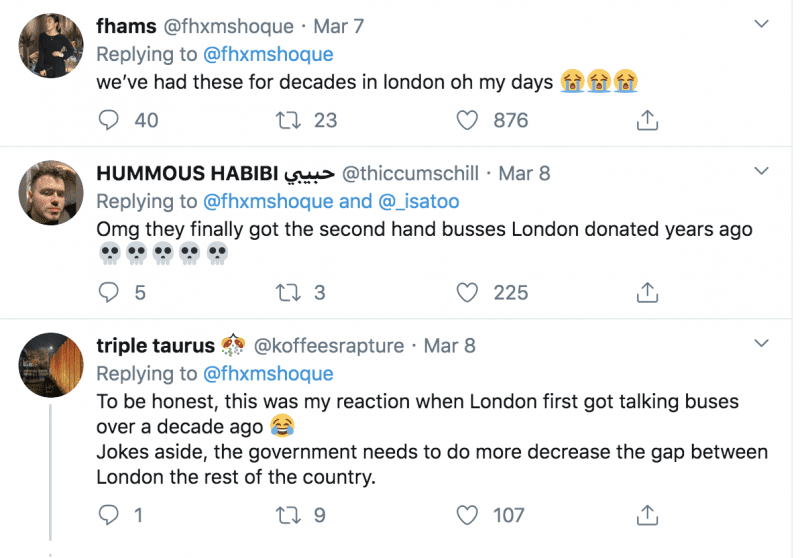 The tweet has erupted in the past few days - kicking off a fiery debate about funding above and below the Midlands.

Many from the Big Smoke found it hard to believe anyone could still be impressed by buses with screens and stop announcements - with London transport having this technology in place for some time.

The thread quickly turned into a row about government spending on public transport, and how the stats for London were so much higher than in the north.

Everyone laughing at this in the replies saying how long London have had this for.... it’s almost like the north of England... is drastically underfunded ... and doesn’t get the same tech that London does ... much 2 think about https://t.co/D9lf9wyJaM

Honestly, if they spent as much per person as they did in London in other regions, then we’d happily take that.

Almost as tho the north doesn't get as much funding as London and has barely replaced 'temporary' trains made from buses in the 70s/80s ????

But not everyone got reeled into a finance dispute.

Some users also used the thread to discuss the worst and best buses in the country.

Some commuters were left concerned when prominent service operator Jim Stones Coaches announced it would be retiring its fleet this year, however Transport for Greater Manchester (TfGM) has found replacement operators to cover the 12 services. Four will run on a commercial basis, whilst 8 will be subsidised by TfGM.