"It’s true British style to be out there having a good time in all weathers". 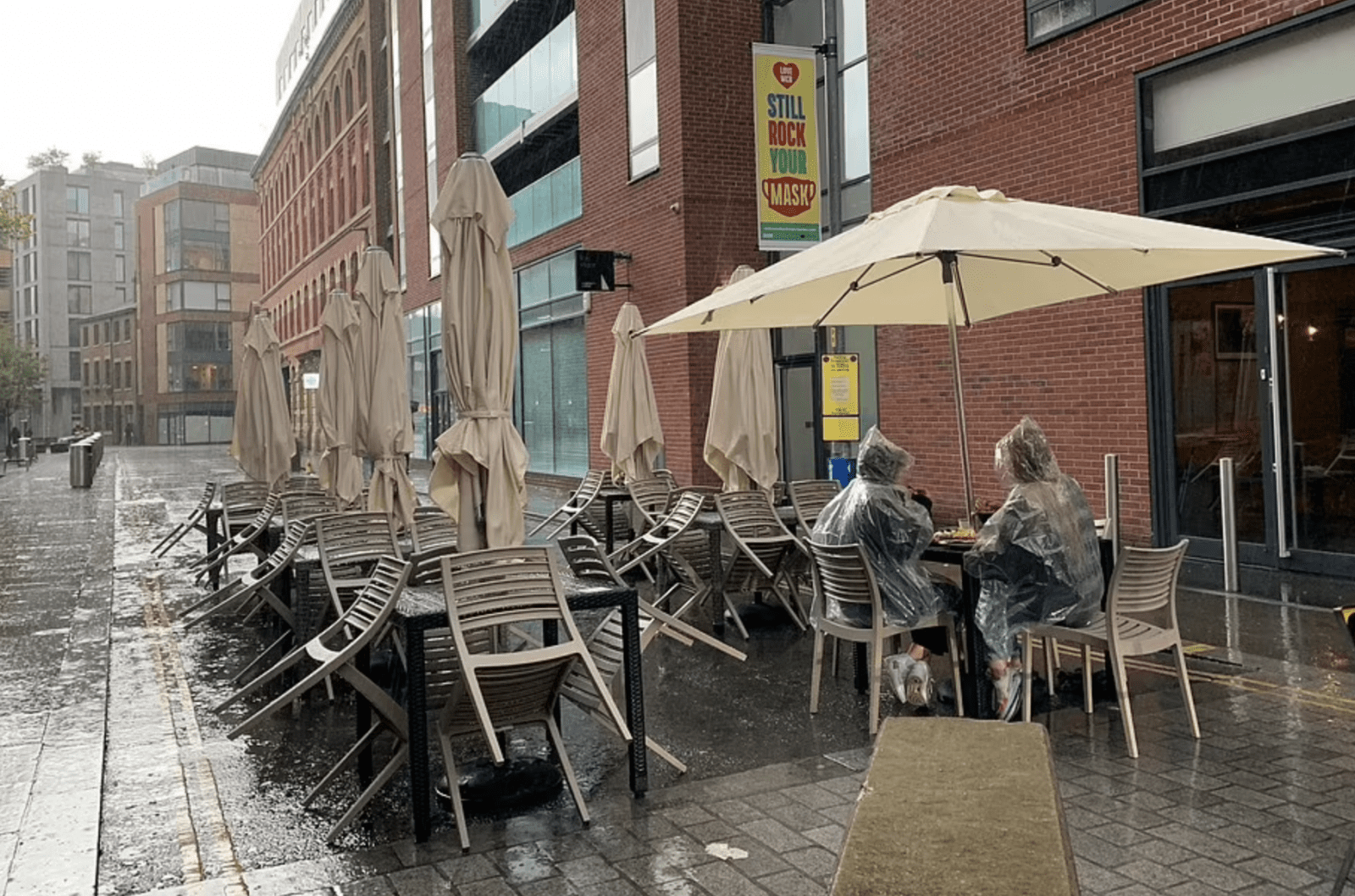 A photo of two “determined drinkers” grabbing a bite to eat in Cutting Room Square during a torrential downpour and hail storm has gone viral on social media this week.

April may have brought with it some uncharacteristic warm weather to coincide with commencing of ‘Step Two’ in the government’s roadmap to lifting England’s current national lockdown – which crucially allowed hospitality businesses to reopen for outdoor service only – but May hasn’t been so lucky.

Manchester has seen heavy rain and hail storms since the turn of the month.

While the wet weather has sadly, but understandably, turned some punters away from visiting their favourite local hangouts, others decided to stick at it anyway.

Two diners have been named the “most determined in Britain” after they were snapped at Elnecot in Ancoats’ iconic Cutting Room Square wearing coats, plastic waterproof ponchos and huddling under a solitary table covering, as rain and hail visibly hurtled down around them.

Passer-by, 24-year-old Jenna Colebourn – who snapped the now-iconic image – found it hilarious that the mystery ladies had refused to cancel their al fresco reservation despite the weather and couldn’t resist taking photos of them tucking into a bowl of chips surrounded by otherwise empty tables.

When she spotted the “really funny” sight, she just couldn’t help by get her camera out to document the moment and claimed it looked like a “piece of art”.

‘It’s true British style to be out there having a good time in all weathers. It’s so British to be like ”we’ve got our booking, we’re going to go”.

She added: “The square is normally heaving but there was no one there. I thought it looked incredible.

And plenty of people seem to agree, with one Manchester foodie Instagram account hailing the duo as their “winners” of people braving the bad weather, while other commenters praised them as “legends” and said they “love their resolve”.