"We felt that the jacket was a great visual representation of the changing situation that autumn." 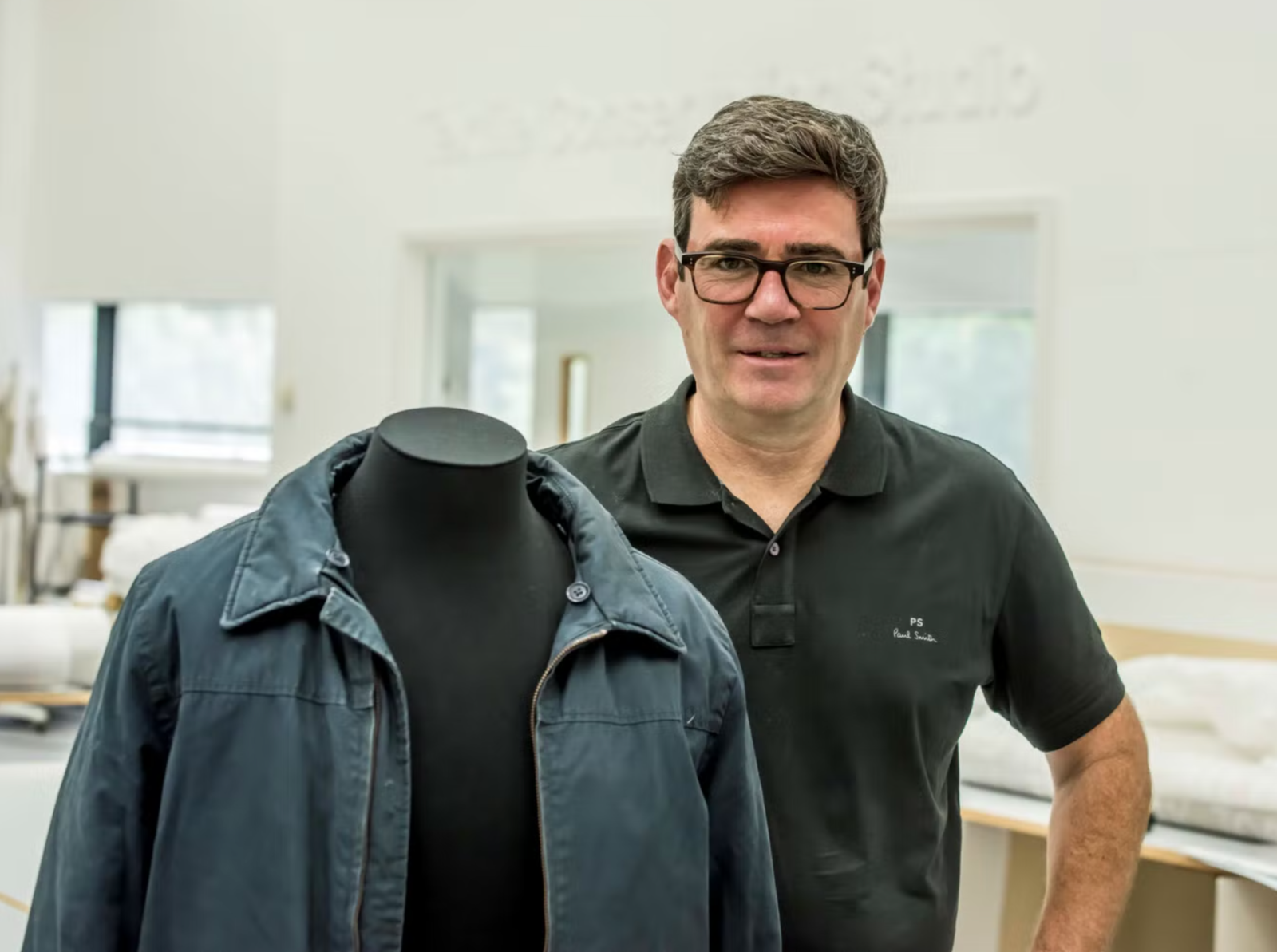 The jacket that Andy Burnham wore during a viral speech where he railed against more COVID-19 restrictions for the region back in 2020 is going on display at a museum in Manchester.

In a moment that is etched in the memory of so many Mancunians, the Mayor of Greater Manchester stood outside The Bridgewater Hall back on 15 October 2020 to address the people of the city-region and stand up against a government intent on introducing more COVID-19 restrictions on an area already hit hard enough as it was.

Streamed live across the nation and with the rest of the UK watching on, Andy Burnham, along with other North West leaders, backed away from government talks to place Greater Manchester in the toughest Tier 3 restrictions.

He criticised the financial support being offered by the Conservative government, saying that the 60% furlough scheme for employees was insufficient, and sharing his urgent concerns that it would push people into poverty.

He famously accused the government of “playing poker with people’s lives”.

And it’s fair to say it earned Burnham respect from locals, and a few new fans from outside the area in the process.

Shortly after he delivered the now-famous speech, the Labour Mayor of Greater Manchester began to go viral on social media, with admiration from people in their thousands pouring in, and even inspiring a Vogue article headlined: ‘Suddenly, inexplicably, we all fancy Andy Burnham.”

His role in securing more money for local Northern communities during the pandemic led to him being crowned ‘King of the North’ by the media.

But an unlikely star of the whole ordeal ended up being the jacket he was wearing at the time.

So much so, that the navy blue worker’s jacket in question – which Burnham confessed he bought in the 2012 Boxing Day sales from House of Fraser in Manchester city centre – is going on display at the People’s History Museum this week until early September, and it will likely see it cementing its place as a local artefact worth remembering.

Mr Burnham admitted that he had actually wanted to wear his favourite North Face cagoule that had made a couple of appearances around the same time for the Bridgewater Hall press conference, but his wife told him to put on something else, “otherwise they’ll think you’re sponsored by North Face”.

So he put on what he calls his “second division” jacket that he normally wears to watch Everton at the weekends – and the rest, as they say, is history.

Speaking on the jacket arrival at the museum, Sam Jenkins – Collections Manager at the People’s History Museum – said: “As a museum, we knew that it was important to collect the political story of COVID for future generations.

“We got a copy of the speech from that day, but we also felt that the jacket was a great visual representation of the changing situation that autumn and of the split between Westminster and the regions.

Read more: People’s History Museum in Manchester is in the running to be named Museum of the Year 2022

“It struck a note with people because it is a very working class jacket.

“It feels authentic [on Mr Burnham], and it was very much in stark contrast to the suits being worn in those Westminster briefings.”