Much-loved elephant Thi Hi Way had been with Chester Zoo for nearly 30 years since 1991. 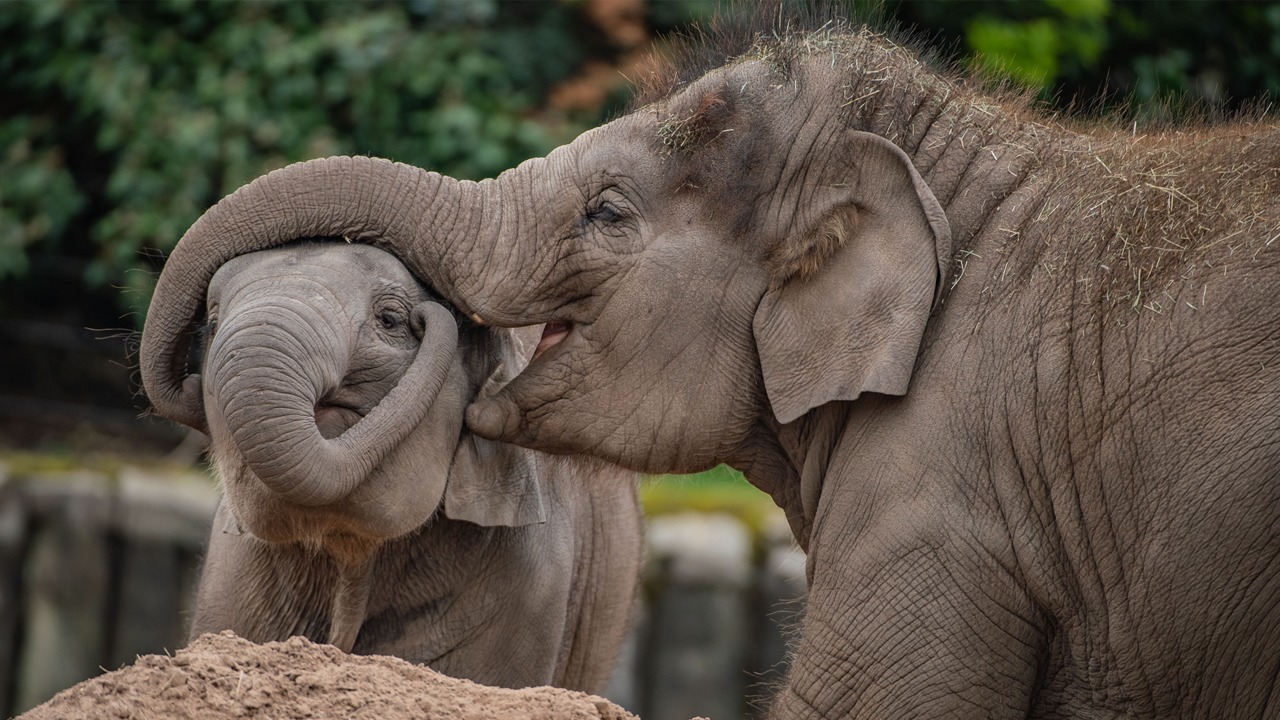 Chester Zoo has sadly confirmed the devastating loss of a much-loved elephant who has been with them for nearly 30 years.

Conservationists at the UK’s leading charity zoo said it was with an “extremely heavy heart” that they share news of the death of the endangered Asian elephant – Thi Hi Way – this afternoon.

Thi – who was the long-time matriarch of the family herd of Asian elephants at Chester Zoo – had been living with arthritis which was linked to her early years spent in a logging camp in Myanmar. Elephant care experts at the zoo had been helping her with daily medication and innovative hydrotherapy sessions for some time, but sadly the treatment programme finally began to lose effect.

Following a period of intensive end-of-life care and an irreversible decline in her condition, the “hugely difficult decision” was made to put her to sleep.

Thi was a great grandmother and had given birth to several calves in her time, including Assam in 2000 and Anjan in 2018. Her exact date of birth is not known as she was born in Myanmar where she spent several years living in a logging camp before being rescued by conservationists working for London Zoo.

After a short period living there, she moved to Chester Zoo in 1991.

Mike Jordan – Director of Animals and Plants at Chester Zoo – said: “This is a truly heartbreaking day. Generations of zoo visitors and the vast majority of our staff have never known a Chester Zoo without great grandmother elephant, Thi Hi Way.

“She was deeply loved and will be enormously missed. Thi was a giant within the global conservation community.

“While today is terribly sad, we also look back and celebrate her life and remember the hugely positive impact she’s had – not just on the multi-generational family herd here at Chester but on Asian elephant research, understanding and conservation, globally.

“Thi had a big personality. She was a real ambassador for her species and, in many ways, a pioneer. A great deal of what conservationists know about Asian elephant biology and behaviour and the way that these remarkable animals live and reproduce has been learnt from Thi and her offspring. She has greatly enhanced our collective knowledge of this wonderful species and leaves an extraordinary legacy, one which has benefitted, and will continue to benefit, Asian elephants everywhere.

“Chester Zoo is at the forefront of the fight for endangered Asian elephants and Thi will always be remembered as an integral part of that.”

Alan Littlehales – a Keeper who worked with Thi for more than two decades – added: “I’ve known Thi for over 20 years and she was dearly beloved – a wonderful mother, grandmother and great grandmother and central to the growing family herd at the zoo.

“Thi was a hugely influential elephant.

“She has helped us to completely revolutionise how to best care for elephants in progressive zoos and these world-class husbandry techniques are now influencing elephant care globally. We’ll always remember Thi Hi Way. She was a huge personality and her solid, steady presence will be greatly missed.”