A poll of 2,000 UK adults found that 16% of respondents claim to own an electric scooter. 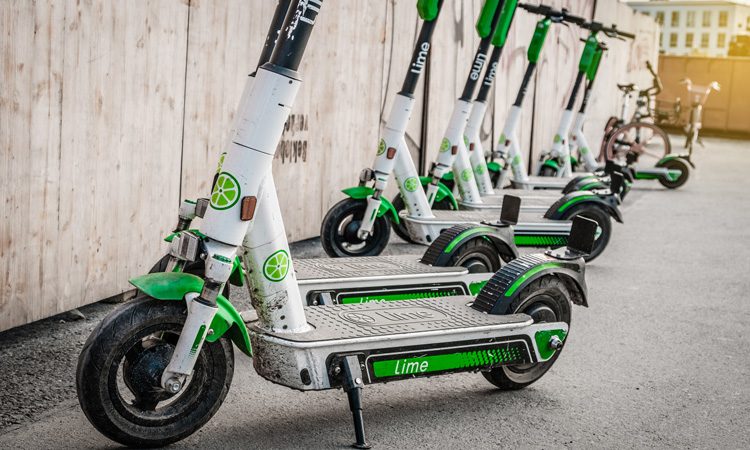 It’s pretty clear that sales of electric scooters are on a rapid rise at the moment.

The two-wheeled, motor-powered contraptions provide a tempting alternative to cars and other vehicles for many people, especially city centre commuters, as they’re cheaper to run, easier to park, and will likely only set you back anywhere from just over £100, to more than £1000.

According to Which?, Halfords – the UK’s leading provider of motoring and cycling products and services, which sells a selection of electric scooters from popular brands including Xiaomi and Segway – said it has seen a 184% increase in sales year on year in November 2020 for e-mobility products.

An earlier study by the retailer, which polled 2,000 UK adults, found that 16% of respondents claim to own an electric scooter, and 28% would also consider swapping their car for an e-scooter to “benefit the environment”.

These statistics all point to the demand for e-scooters being there, and that those in the market for one won’t have much trouble sourcing a reputable retailer these days either.

Finding a place to ride your new purchase without breaking the law might be, though.

It seems like every other week or so that a fresh story of someone illegally riding an e-scooter hits the headlines, with many coming up against driving bans, hefty fines, and even jail time in the worst case scenarios.

Just last week, a 34-year-old Bolton man, Kyle Lowthian, was sentenced given 10 months in prison – suspended for two years, during which he will have to participate in a thinking skills programme and three days of rehabilitation activities – after being spotted by police using an e-scooter one year after a driving ban.

Mr Lowthian’s case resembles numerous others occurring right across the UK, but it isn’t the same for all areas of our region.

As part of a 12-month trial introduced at the start of July 2020 to assess whether the devices reduce motor traffic and what impact they have on the safety of users and those around them, a number of rental e-scooter schemes are currently taking place in Greater Manchester – which permits them to be used on certain public roads and settings at a maximum of 15.5mph – but outside of this, some pretty serious rules do apply.

But what are they?

Here’s everything you need to know about e-scooters.

What are the rules?

The only place an e-scooter can be used is on private land, with the permission of the landowner.

They cannot be ridden on a UK public road, cycle lane or pavement.

Whether you realise it or not, e-scooters are actually classed as motor vehicles, which therefore means that the rules that apply to motor vehicles also apply to e-scooters, including being in possession of a full UK driving license – not an overseas provisional licence, learner permit or equivalent – insurance, and the need to be taxed.

If you’re caught riding an e-scooter without the proper insurance, you could receive an on-the-spot fine of £300 and six penalty points, and when it comes to being without a driving license, you could also be given a Fixed Penalty Notice with an up to £100 fine and three-six penalty points.

Police will also take action against rider behaviour, whether private or rental.

While it’s recommended that you wear a helmet, you are not legally required to do so, and unlike motor vehicles, e-scooters don’t need to have a registration plate.

A number of e-scooter trials are currently taking place in towns and cities across the UK, with the devices only permitted to be used within the local area that is hosting the trial, and riders participating in the trials needing a full or provisional car, motorcycle or moped licence, must be aged at least 16, and urged to wear a helmet.

In Greater Manchester, trials began in the boroughs of Salford and Rochdale in February.

30 other towns and cities across the UK have begun trials since July 2020, including the fellow major northern hubs of Cheshire West and Chester, Liverpool, Newcastle, York and more.

Where can I rent an e-scooter in Greater Manchester?

As previously mentioned, e-scooter trials are currently taking place in the Greater Manchester boroughs of Rochdale and Salford, and in both locations, the leading e-scooter company Lime Scooters are responsible for rentals.

You will need to download the Lime Scooter app to use the devices.

Once you have downloaded the app, you can then see where the e-scooters are currently located – shown on the app with a scooter symbol – and also discover locations for parking your scooter when you’re done, shown on the map with a ‘P’ symbol.

All you’ll need to do is follow the instructions on the app to find out how to use and drop off a scooter when you’re done.