Educating Yorkshire’s Musharaf Asghar, who overcame his stammer, is now a motivational speaker

There wasn't a dry-eye left in the house when Mushy found his voice on Educating Yorkshire back in 2013. 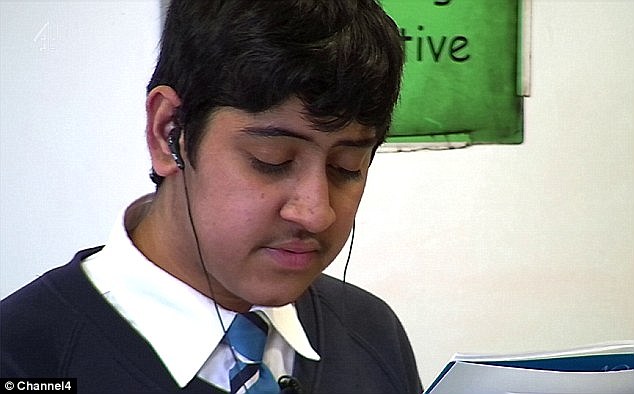 There wasn’t a dry-eye left in the house when Musharaf Asghar took centre stage to read aloud at his leaver’s assembly on Educating Yorkshire back in 2013.

If the name Musharaf, known to most as ‘Mushy’, doesn’t ring a bell to you, then the heartwarming moment mentioned above is sure to jog your memory. When it comes to the most memorable television moments of the last decade, there’s no doubt this makes the cut.

It was the perfect example of ‘lump-in-your-throat’ TV viewing and a scene that Brits will never forget.

Educating Yorkshire was the second instalment of the award-winning hit fly-on-the-wall Channel 4 ‘Educating’ series and is arguably one of the most well-loved, having outperformed every other instalment by averaging 3.46 million viewers each episode.

Set in Thornhill Community Academy in West Yorkshire, the series had its fair share of moments, interactions and pupils that will be remembered for years to come, but no other pupil captured the love of the nation quite like Mushy did. A kind but shy pupil with an acute stammer and a goal of achieving a C in his English GCSE, Musharaf found a mentor in his teacher Mr Burton.

Mr Burton worked with Mushy to help overcome his stammer and build confidence in speaking by using an unusual, yet extremely effective way of reading a poem aloud whilst listening to music through headphones – a technique he says he discovered from watching the 2010 film The King’s Speech. To Mr Burton’s surprise, Mushy executes the reading of the poem in a way he was unable to manage before.

Later in the episode, during the Year 11 leaver’s assembly, Mushy is invited to speak in front of his peers and goes on to deliver a triumphant speech to an understandably emotional audience.

He also achieved his C in GCSE English too and a place in the nation’s hearts.

Now, seven years on from this life changing moment, Musharaf Asghar is an accomplished motivational speaker and travels across the UK to talk about his experiences and the obstacles he has overcome.

He also regularly posts videos discussing a range of topics to his YouTube channel with over 7,000 subscribers and engages with fans on social media too.

His willingness to share and speak about important issues has seen thousands come out to support him online.

If you needed a reason to feel inspired today, then surely this will do it, right?

Mushy, you are a hero.