Is this really the way to make a perfect cup of tea? 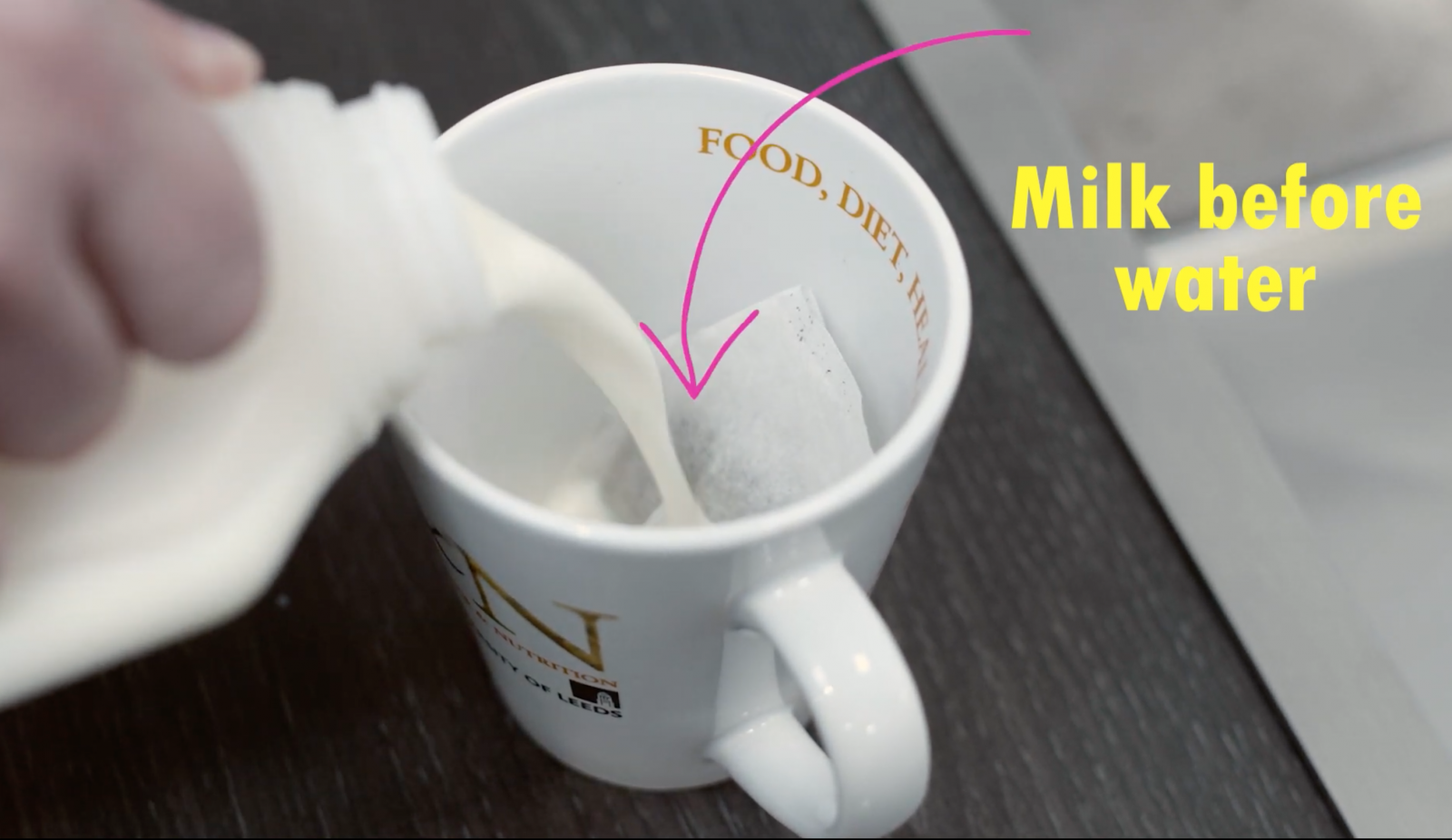 Does being a professor of food science and nutrition mean you get away with making a claim as bold as this one?

We’ll let you be the judge.

Professor Alan Mackie, from the School of Food Science and Nutrition at Leeds University, has come out on record to suggest that you may want to add the milk to your tea first if you’re looking to make the best cuppa.

Now, we know that talking to Brits about brews is a very delicate business, because simply put, Brits love a brew, and it was even found last year that we’ve been buying tea more than ever during lockdown – with an additional £24 million spent on the stuff in a four week period – but after what feels like a debate that’s been dragging on for a lifetime, with just about everyone from your Grandad and Auntie, to even a ‘professional tea taster’ chucking their opinion into the mix, has Professor Mackie finally cracked the code?

Is this really the way to make a perfect cup of tea?

According to Professor Mackie, it’s all down to whether or not you live in a hard water area.

If you do live in an area that’s known for its hard water – which Greater Manchester doesn’t have to worry too much about – then you need to be putting the milk in before the water to get maximum taste from your tea.

“Flavour by and large is produced by the different compounds in tea including tannins in particular,” Professor Mackie says.

“But, if the milk is added at the start of the steeping process then its proteins can bind to the tannins and other minerals in the water.

“[This] prevents them from turning solid, which in turn gives you a far superior flavour.”

Professor Mackie – who has more than three decades of experience at the forefront of his field – made this revelation as part of research carried out by Chorley-based hot tap manufacturer INTU Boiling Water Taps, with Managing Director Kieran Taylor-Bradshaw adding that Professor Mackie has “unrivalled understanding of the complex interplay of compounds” that go into producing the flavour of tea.

“But for too many, it remains a distant dream with hard water to blame [so by] enlisting the services of the nation’s foremost food scientist, we’re delighted to be able to bring an end to the misery that blights millions of lives”.

Whether or not you’re outraged by this claim or just don’t fancy taking any of this information on board is completely up to you, but after all, with Greater Manchester known for its widespread soft water supply, maybe we can just crack on with our lives as usual?