They also stayed with him for 45 minutes until the ambulance arrived and continued to keep him calm at all times. 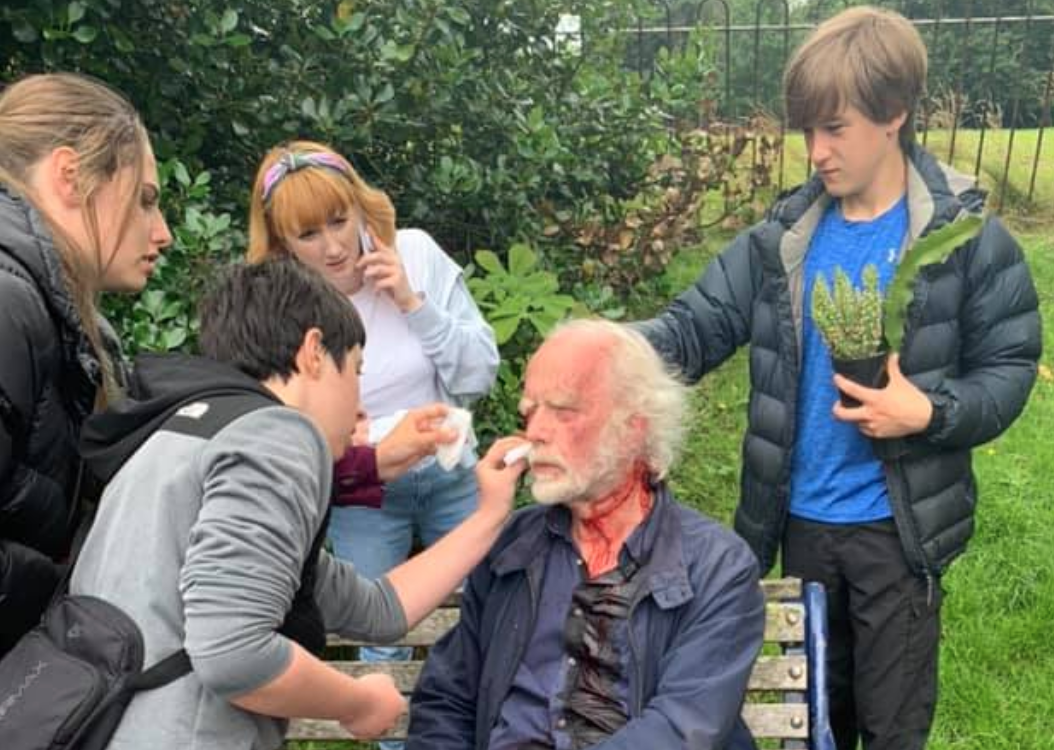 A Liverpool resident has taken to social media to tell of an incredible group of teenagers who administered first aid to an elderly gentleman that had been attacked in a local park.

According to the eyewitness account by Liverpool resident Genene Hale Knight, which has now gone viral on social media, the elderly gentleman, named as Rupert, is believed to have been attacked and “stumbled in to the park” nearby for help where he was found by the group of teenagers.

As well as providing vital first aid, the group of teens are also believed to have stayed with the elderly gentleman for up to 45 minutes until the ambulance arrived and continued to keep him calm at all times.

Praising the teens on Facebook, Genene Hale Knight said: “I was in Sefton Park before [and saw] a group of teenagers gathering round looking concerned. When I went over to see what was happening, there was an old man sitting on the bench covered in blood.”

“These amazing girls and boys were administering first aid to the man who we found out had been attacked and stumbled in to the park for help.”

“They calmed him down, held tissues and wipes to the multiple cuts on his head and face.”

“They were so quick thinking and just sprung in to action [and] they even got a nappy from a lady who was there with her baby also helping.”

“They applied pressure held it on the larger cut on the back of his head [and] they [even] ran backwards and forward to the cafe to see if they could borrow a fist aid kit.”

“They took their coats off to keep him warm, stayed with him for 45 minutes till the ambulance came [whilst] keeping him calm at all times [and] they were so respectful and addressed him as Sir.”

“I was in awe of them and how they handled the situation.”

“I just wanted their Mums and Dads to see this and to say how proud you should be of them.”

Given the extraordinary circumstances, the post has understandably gone viral social media, amassing well over 23,000 interactions, 17,000 shares and 6,000 comments from members of the public, not only in Liverpool and the North West, but right across the UK, with many praising the teenagers for their efforts and also sending well-wishes to the elderly gentleman.

Genene added finally that: “All we see lately is negativity on social media concerning teenagers and I wanted to post this to show they’re not all bad, especially these absolute heroes.”