IKEA is selling a huge ‘djungelskog’ teddy bear for only £25

If you've been stripped of human contact for far too long, how about an IKEA DJUNGELSKOG bear instead? 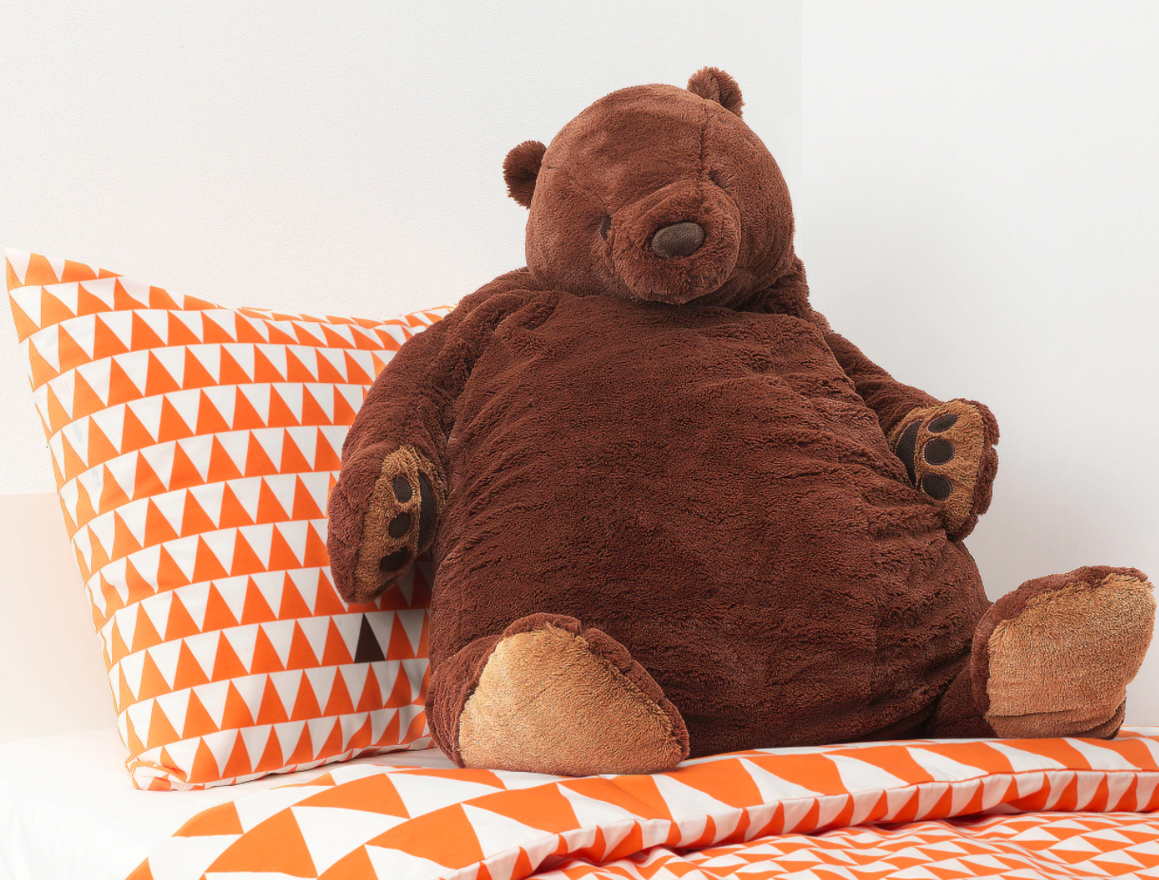 It’s officially been 101 days of lockdown here in the UK.

Whilst that does sort of sound like a far-fetched sequel to the classic 1996 Disney film 101 Dalmatians, it does also make it hit home just how long it’s been since life as we once knew was tipped on its head in the wake of the coronavirus (COVID-19) pandemic.

4th July is set to bring about the relaxing of lockdown restrictions to a level that will resume some form of normality, but for a lot of us, there will still be a human-shaped void left to fill.

There might just be a solution for this though.

If you’ve been stripped of human contact for far too long and don’t fancy letting that continue any longer, how about an IKEA DJUNGELSKOG bear instead?

Yes, we know that’s not quite the same as human contact, but it seems to doing the trick for a whole host of people on Twitter after a tweet by Lily – @stargazeridiot – went viral yesterday. Her comical tweet, accompanied by pictures of the DJUNGELSKOG bear, simply read:

“I don’t want a man, I just want a djungelskog”.

It’s pretty self explanatory and who’s to say she’s not on to something here? We won’t judge.

The tweet has gone on to amass well over 73K retweets, 300K likes and hundreds of comments in less than 24 hours since posting, so she likely is on to something.

Many other Twitter users also replied with pictures of their DJUNGELSKOG bears too.

The IKEA DJUNGELSKOG bear is 100cm-wide and according to the description on the IKEA website, is a “big brown bear [that] always greets you with open arms”. It’s “cuddly like no other and with a lovely giant stomach where you can feel safe resting – in other words, a real softy.”

“In reality, many of them are threatened by human advancement, but it is possible to change.”

“We have chosen to use materials like sustainably grown cotton, lyocell and polyester made from recycled plastic as our tribute to all beautiful animals threatened by extinction”.

If you’re on board with this whole DJUNGELSKOG bear human replacement thing, then you’ll be pleased to know you can get your hands on one for just £25 from IKEA stores and online here.