"This is something I never thought I’d be able to do." 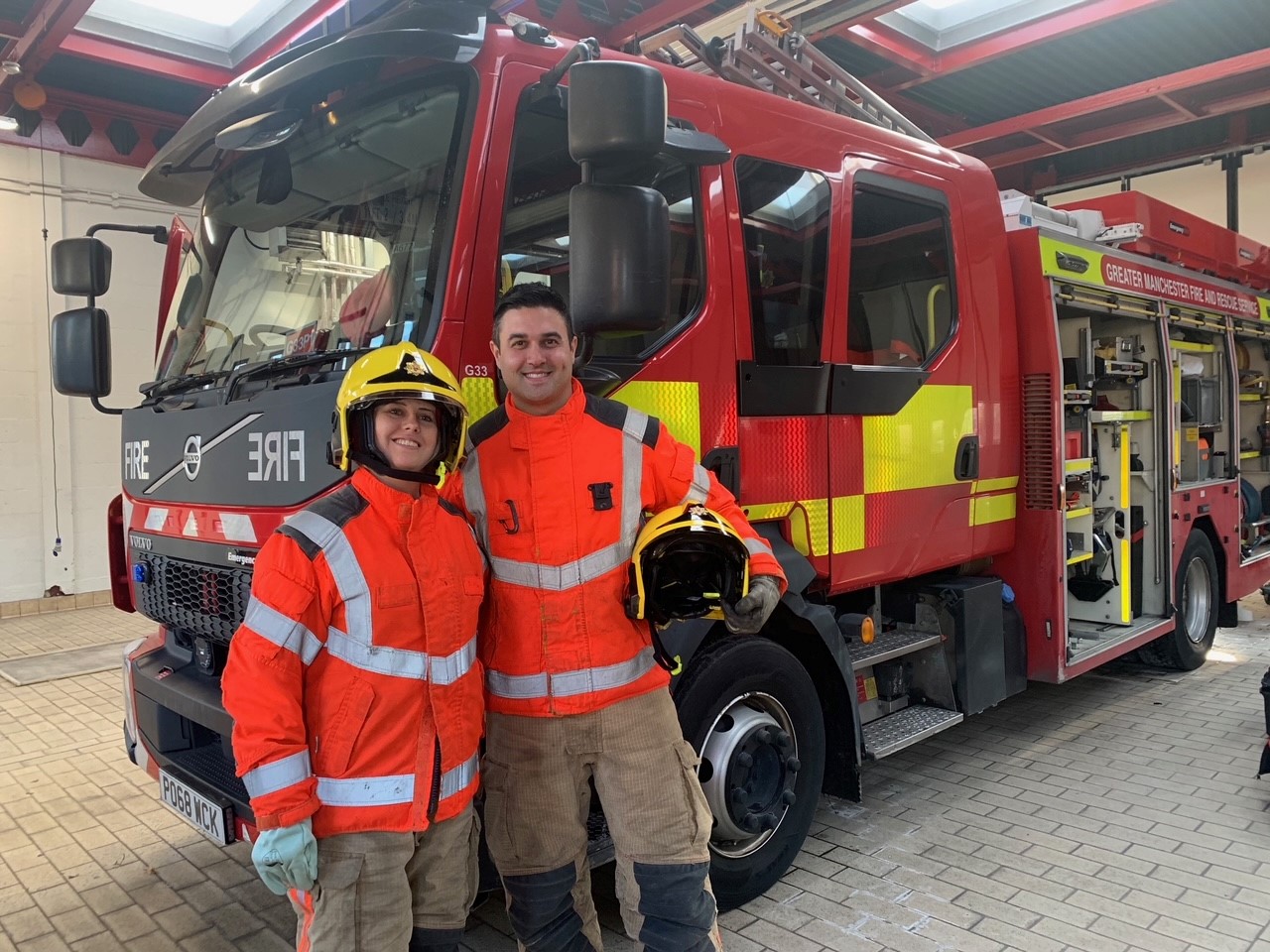 An “inspirational” young woman with terminal brain cancer has achieved another one of the dreams on her bucket list by getting to become a Manchester firefighter for the day.

22-year-old Laura Nuttall, from Barrowford in Lancashire, was diagnosed with Glioblastoma Multiforme – an aggressive and incurable form of brain cancer – following a routine eye test back in 2018, and was told she only had around 12 months to live after she was found to have eight tumours.

Since her diagnosis, Laura has bravely endured a craniotomy to remove the largest tumour, been through a gruelling programme of radiotherapy and chemotherapy, and has regularly travelled to Germany for innovative new immunotherapy treatment.

Laura’s shock diagnosis initially led to her leaving university in London to concentrate on treatment and ticking items off her bucket list.

After responding so well to the immunotherapy treatment, Laura was able to restart her studies, this time a little closer to home at the University of Manchester, and grabbed headlines when she graduated back in July and was able to celebrate with her mum Nicola, dad Mark, and sister Grace proudly watching on.

Meeting former First Lady Michelle Obama, commanding a Royal Navy ship, presenting a live BBC weather forecast, and accompanying legendary Bolton comedian Peter Kay to a Michelin-starred pub lunch, are some of the things Laura has been able to tick off her bucket list over the last few years – but despite all these achievements, she wasn’t done just yet.

Her sights were set on the fire service.

After seeing and being inspired by her story in the news, firefighter Aaron Lee invited Laura and her parents to pay a visit to Oldham Fire Station – where he is based – for the day.

Laura says she has long had an interest in the fire service, and was thrilled to accept the invitation to head down one day a couple of weeks back.

It’s an experience Laura says she’ll never forget as she continues to “defy the odds”.

The 22-year-old was given a tour of the fire station and shown around a working fire engine, with a demonstration on how all of the hundreds of components work, before she was then able to pull on her own firefighter’s uniform and try it out for herself.

Laura was not only taken out for a ride in a working fire engine, but she was also taken up in a cherry picker, and got to hold a hose too.

“It was an absolute privilege to be joined by Laura and her mum and dad for the day,” Aaron said.

“I, and everyone else at Oldham Fire Station, have been really touched by Laura’s fight and resilience, so to be able to invite her here for the day really is the least we can do. The courage and positivity she shows is so inspiring and I’m really pleased we were able to give her an experience I hope she won’t forget.

“She’s a real hero and I wish her the very best.”

Laura said the unique day out was something she “never thought [she’d] be able to do.

“I’m really grateful to Aaron and everyone else at Oldham Fire Station for going out of their way to show me round for the day,” she added.

“The fire service is something I have always been fascinated by [as] their jobs really mean something, and they help people every day.”