The new sweet treat is launching soon and promises to be "the best of both products". 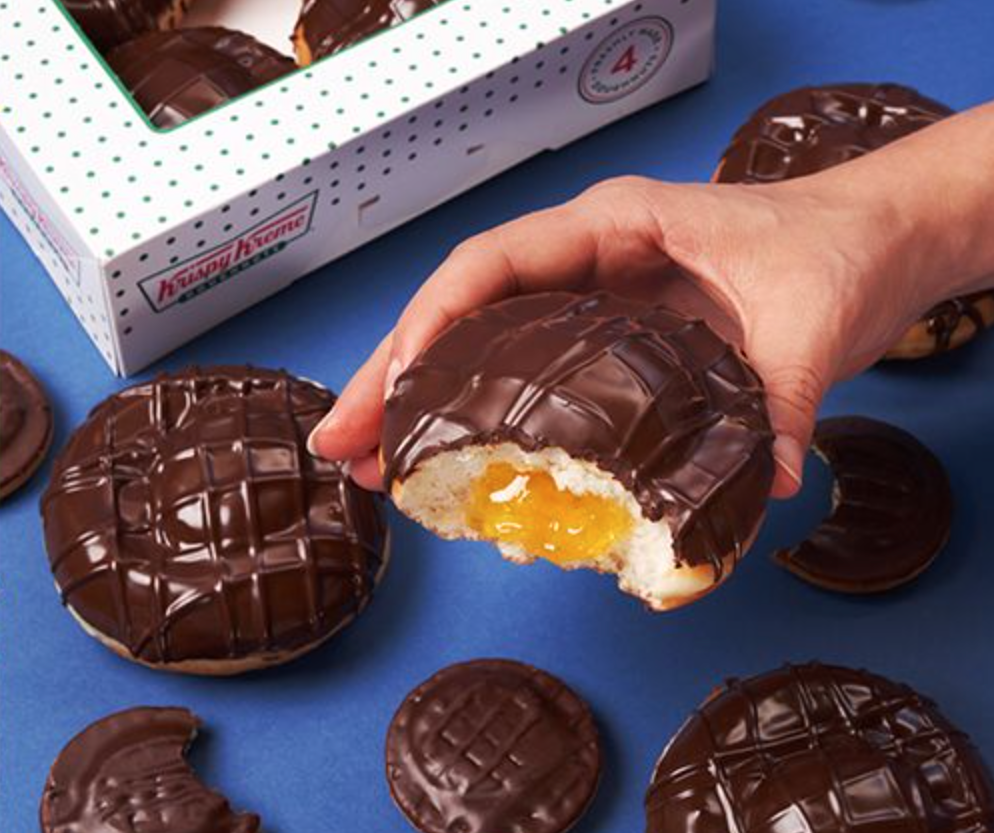 Two absolute fan-favourite food brands have decided to join forces for a new collaboration that sounds like it’s made in sweet treat heaven.

Snack food company McVitie’s and doughnut creators Krispy Kreme are two brands that each have legions of passionate fans eager to see what new creations they come up with next – but now, they two titans have come together for what some are already calling “the collaboration of the decade” for the ultimate confectionary hybrid.

Just as the name suggests, the new sweet treat promises to be “the best of both products”, and comes complete with Krispy Kreme’s signature soft dough and the legendary zesty orange-flavoured filling that Jaffa Cake fans all know and love.

Although there is no official launch date for the ‘Jaffanut’ as of yet, the new chocolate orange treat was teased by Krispy Kreme UK across its social media platforms yesterday, with the cryptic caption “SOON”.

The creation of the ‘Jaffanut’ comes after Krispy Kreme UK – which is known for its limited-edition collaborations – put a tweet out last week to ask doughnut fans which brand it should join forces with next, and Jaffa Cakes responded: “Can we tag ourselves?”

“Depends… are we making a cake or doughnut?,” Krispy Kreme questioned.

Jaffa Cakes then replied: “You making a cake is like us making a biscuit. Spitballing names here, but what do you think of Jaffa Kreme? Krispy-Jaffa? Or maybe… Jaffanut?”

Read more: McVitie’s is launching a new ‘fusion’ between Jaffa Cakes and doughnuts – and they’re only 60p

“McVitie’s Jaffa Cakes are a much-loved product in the UK and Ireland,” added Louise Direito – Director of Innovation at Krispy Kreme UK.

“We’re excited to announce this partnership and bring consumers two iconic flavours in one product.

“We’ve had a lot of fun perfecting the Jaffanut and can’t wait for our customers to experience the same joy when they try it for themselves.”