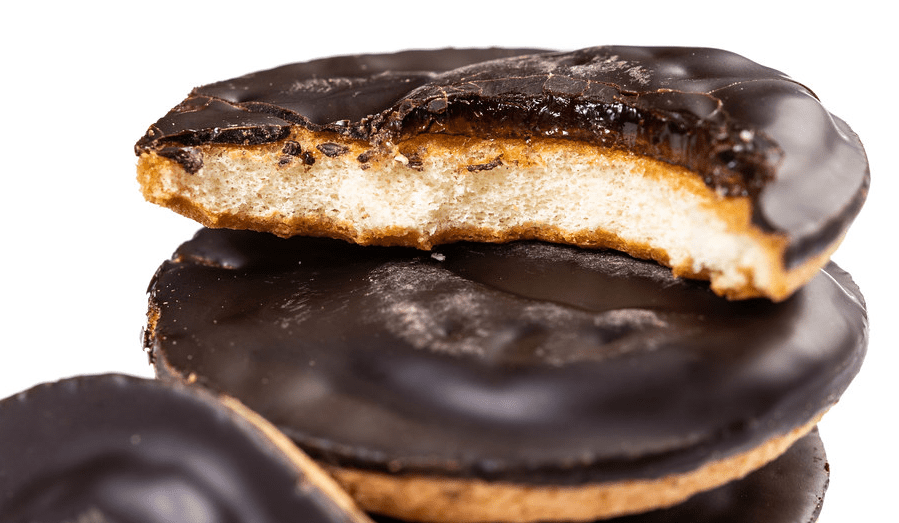 Is the Jaffa Cake a biscuit or a cake?

It’s a question we’ve all heard before, it’s an age old debate amongst the British public, and at this point, in 2022, it’s an answer that we just can’t seem to agree or settle on, no matter how hard we try.

Jaffa Cakes are an iconic sweet treat that were first introduced by snack food brand McVitie’s all the way back in 1927.

They are named after jaffa oranges, contain a simple combination of sugar and tangerine oil to form the sealed layer of jam in the middle, and for the last 95 years, have regularly been voted among Britain’s favourite biscuits or cakes.

But also for last 95 years, people have been debating what they actually are.

The debate has generated opinion from pretty much everyone who’s ever tasted the treat, but now, the official Jaffa Cakes Twitter account has decided to wade in and attempt to end the conversation once and for all.

In response to a curious fan this week who simply asked on Twitter this week: “Is a Jaffa Cake a Cake or a biscuit?”, Jaffa Cakes officially confirmed that it’s “cake all the way”.

Although this definitive answer may seem like the end of the debate, it may not actually be what is seems, as this isn’t the first time McVitie’s has tried to argue the cake label.

In 1991, McVitie’s successfully managed to argue that the sweet treat are in fact cakes and therefore exempt from VAT, but a later tribunal then determined that, while certain characteristics of the Jaffa Cake were cake-like, including the ingredients and texture, it was also the size and shape of a biscuit, and packaged and sold alongside biscuits.

This means that it’s presented to be eaten with your fingers, and not with a fork like cakes are generally consumed.

So honestly, who really knows anymore?

The brand’s latest Twitter response comes after it launched a variation on the British classic last May known as a ‘Jonut’ – a doughnut-shaped ring of sponge with the staple orange-flavoured filling and a dark chocolate coating that McVitie’s bosses expected would “spark further conversation”.

Read more: McVitie’s is launching a new ‘fusion’ between Jaffa Cakes and doughnuts

It also comes after the brand revealed back in 2020 that there is apparently a right and wrong way to eat a Jaffa Cake.

When a confectionary fan went directly to the verified official Jaffa Cake Facebook page and simply asked “What side of the Jaffa is the bottom?”, the company’s response was: “Our Jaffa Cakes go through a reservoir of chocolate, so the chocolate is on the bottom.”