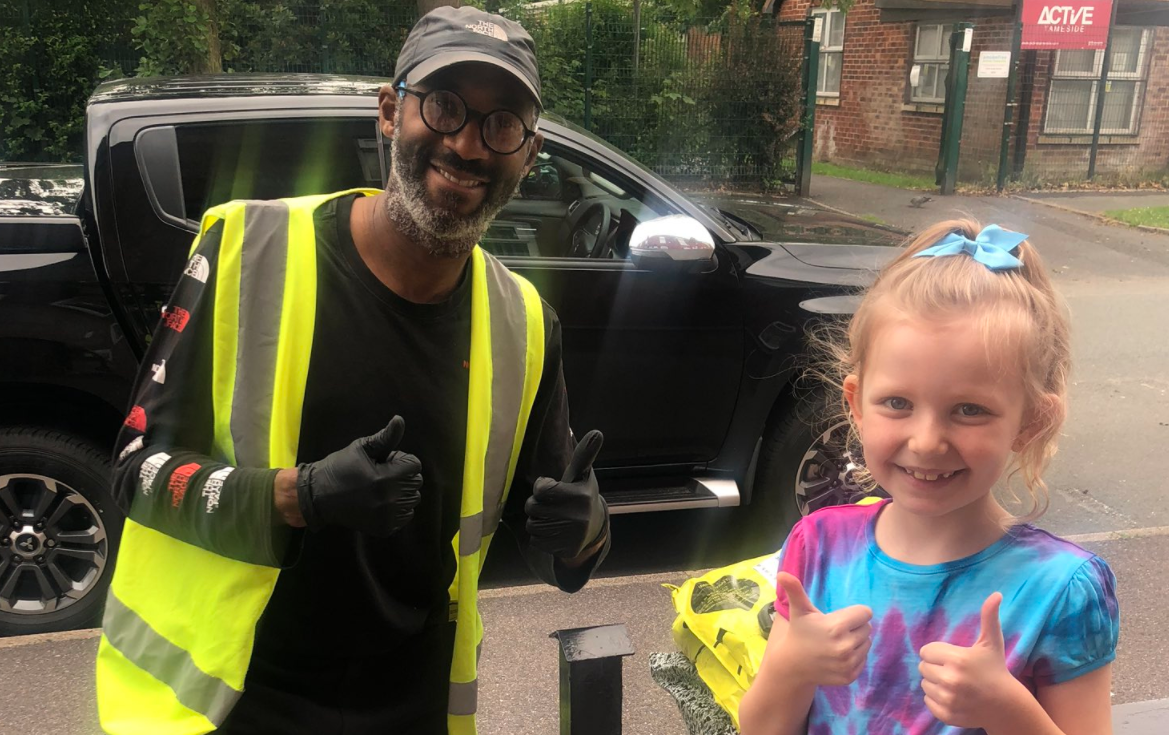 The moment when eight-year-old Tallulah surprised her local deaf delivery driver by greeting him in sign language has gone viral online.

Tallulah and Tim’s friendship is one of the most heartwarming things to come out of lockdown and in a video shared to social media by her proud mother, we are lucky enough to see this unlikely bond being formed.

Proud mother Amy Roberts, from Ashton-under-Lyne, captured the moment her eight-year-old daughter Tallulah stood near the garden gates and greeted Hermes delivery driver Tim Joseph with the words “have a good day” in sign language (BSL).

Mr Joesph, who had been regularly delivering parcels on the street multiple times a week during lockdown, is seen understandably surprised in the video and smiles back at Tallulah before giving her a thumbs up.

In the video posted on Twitter, Amy Roberts said: This is our Hermes delivery man, we see him 1 or 2 times a week [and at the] start of lockdown, Tallulah drew him a [thank you rainbow].”

“He still has it proudly on show in his van [and] they have built up quite a friendship over these last few weeks”.

The video has generated widespread support online, not just from the local community here in Greater Manchester, but right across the UK.

It has gone on to amass well over 7.6K retweets, 49K likes, 760K views and hundreds of comments heaping richly deserved praise on Tallulah for her efforts to make her delivery driver’s day and on Mr Joesph for his continued hard work at a time when the world needs it most.

Hermes UK also replied expressing intent to reach out to Mr Joesph to “get him the praise he deserves”.

Speaking to BBC North West about his new-found friendship, Mr Joesph said: “Tallulah realised I was deaf and then one day she surprised me when she signed to me ‘have a good day”.

“I was vey happy and I then showed Tallulah how to sign, ”good morning, have a good day” and then she signed it perfectly and it made my day”.

Mr Joesph is said to be “overwhelmed” with all the positive comments he has received.

How brilliant is this story?

There’s no denying that lockdown has brought some tough times with it over these past few months, but we can be so grateful that we are able to witness moments of light such as this.

Hats off to you Tallulah and Tim – thank you for making Manchester proud.