Your Christmas or Mine? follows the story of student couple who both decide to surprise the other at Christmas time. 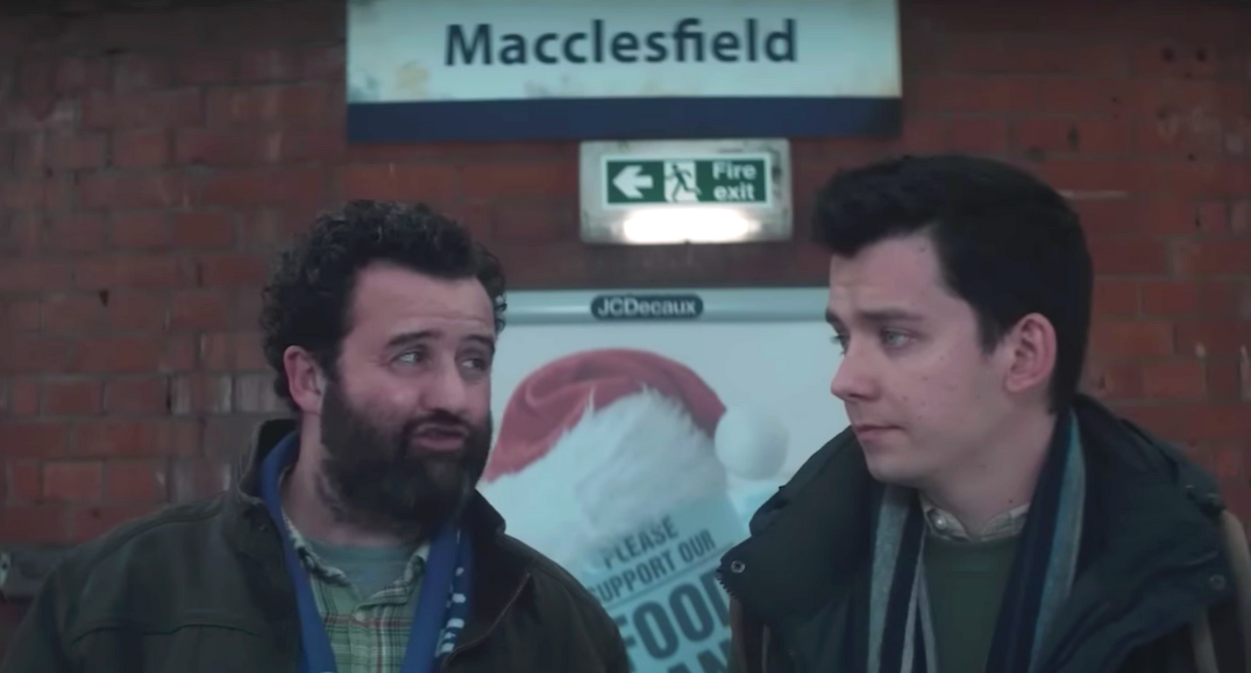 Getting all cosy and sitting down to watch some festive films is such an important part of Christmas for so many of us.

But after we’ve made our way through Home Alone, Elf, Love Actually, It’s A Wonderful Life, and all those other classics that we just have to stick on every time the festive season rolls around, we usually end up turning to some of the newer releases that have popped up various streaming platforms in recent years.

Films made for TV have historically had a bit of a reputation for not being that good, with people tending to avoid them unless they fancy wasting a couple of hours they won’t get back, but the rise of streaming and, of course, the global pandemic has changed that – with many filmmakers now even favouring the powerhouses of Netflix and Amazon Prime over a cinema release.

It seems festive films are no different either.

For better or for worse, Holidate, The Princess Switch, Single All The Way, The Knight Before Christmas, and A Castle For Christmas are just a few of the seasonal flicks to have made it onto streaming platforms and garnered millions of views over the past few years.

But there’s a new Christmas film that’s just come out on Amazon Prime this year, and a big part of it might look familiar to people from Greater Manchester and the north west.

That’s because Macclesfield has got itself a starring role in Your Christmas or Mine?

It might sound a little odd at first, but you could argue that the north west town near Stockport that’s just over the border into Cheshire is as much of a star of the new film as its leads Asa Butterfield and Cora Kirk are.

Your Christmas or Mine? follows the story of young student couple James and Hayley, played by Butterfield and Kirk, who both decide to surprise the other at Christmas time, only to have to accidentally spend the festive season with each other’s families instead.

Hayley ends up with James‘s military father, Lord Humphrey The Earl of Gloucester, at his country house, while James, on the other hand, is stuck with Hayley‘s dysfunctional working class family.

And that family just so happens to be in Macclesfield.

While the mid-sized Cheshire town isn’t often on a lot of people’s radars, or can’t claim to be famous for much more other than being the hometown of late Joy Division frontman Ian Curtis, the magical Macclesfield Forest, and the home of Jodrell Bank, it now has an unexpected heavy feature in a 2022 Christmas film to add to that list.

For those familiar with Macclesfield, the film features regular mention of the town’s name, given that one of the main character’s is from there and the it provides the backdrop for a good chunk of the film, as well as featuring plenty of the cast speaking with a classic north-western accent throughout.

Unfortunately though, if you were looking to actually see the town on the big screen, you might be left a bit disappointed, as filming didn’t actually take place in Macclesfield.

Instead, the famous Pinewood Studios provided the backdrop for most scenes filmed inside, while Buckinghamshire and the capital London were used for the majority of the external shots.

Sticking a Macclesfield train station sign up was probably as close as they got.

Released earlier this month, reviews for Your Christmas or Mine? seem to be somewhat mixed, but if you’re looking for a feel-good festive rom-com to stick on this Christmas, and you fancy seeing Macclesfield shine, then there’s no harm in giving it a watch.