Manchester firefighters’ car wash event raises over £32,000 to support the people of Ukraine

15 different fire stations across Greater Manchester held events over this past weekend. 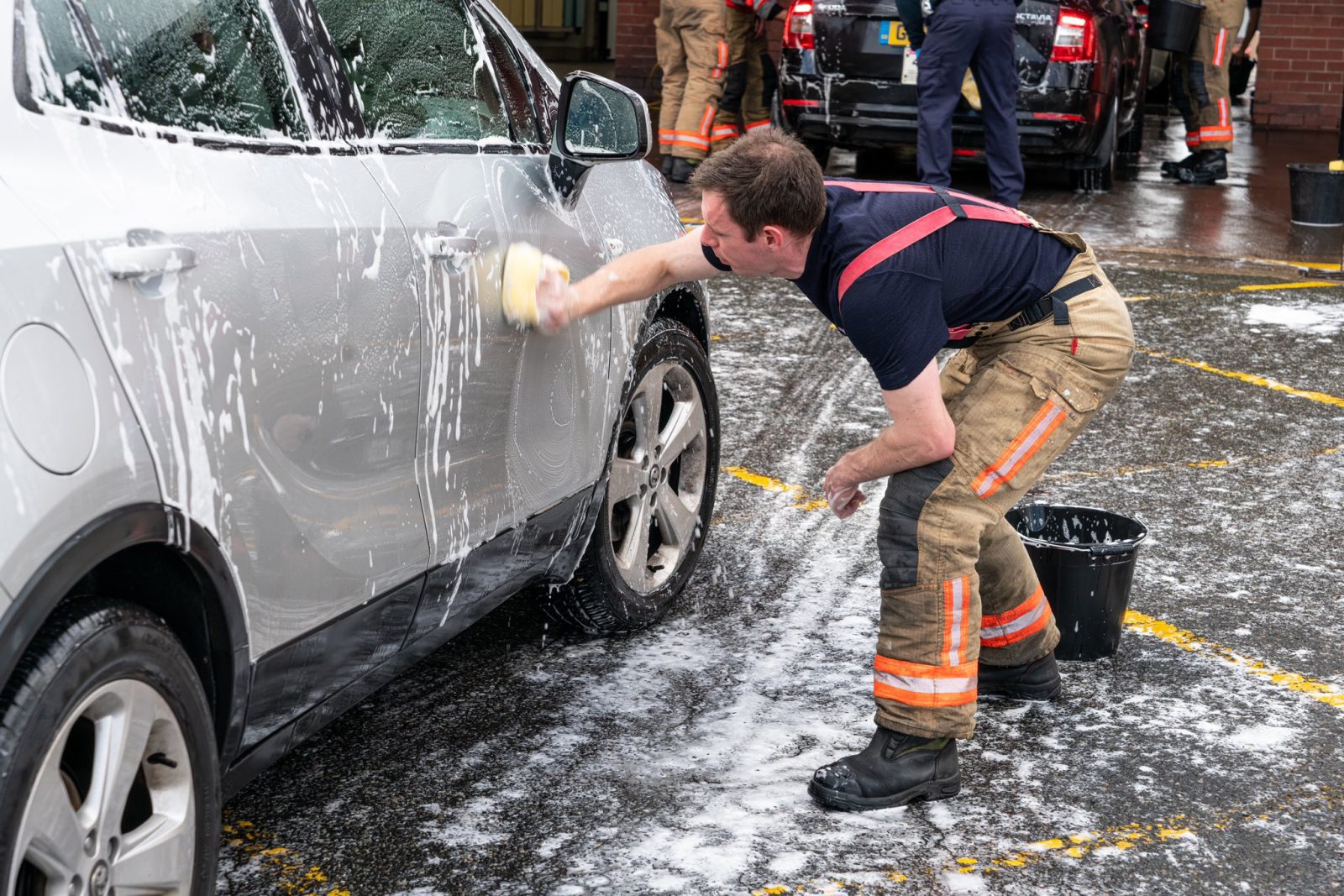 Firefighters, volunteers, and staff from across Greater Manchester Fire and Rescue Service (GMFRS) have raised thousands to support the people of Ukraine.

And they say it’s all thanks to “the generosity of people” across the region.

Last weekend, fire stations across Greater Manchester held charity car wash events, and colleagues from across GMFRS as well as Greater Manchester Combined Authority (GMCA) all chipped in to wash cars and collect donations from members of the public, which eventually tallied up to an impressive £32,000.

“I’m incredibly proud of the hard work of all our firefighters, support staff and volunteers over the weekend [as] together we washed thousands of cars and raised thousands of pounds to go towards vital supplies for Ukraine,” said Chief Fire Officer Dave Russel on the success of the event.

He continued: “We stand in solidarity with Ukraine and will do whatever we can to support all those affected by the devastating and tragic events that continue to unfold.

“The car washing days are just one of the ways the service is helping this vital cause.

“I’d like to thank everyone that came along to the car washes, whether that be to wash cars, bring food supplies for our staff, or have a vehicle washed for a donation.

“We are overwhelmed by the support and generosity of the people of Greater Manchester.”

The car wash events came as firefighters continue to support local charities with the ongoing humanitarian effort, which has also included crews helping with the sorting and distributing of donations at the Bury Polish Centre, and distributing aid to warehouses in Trafford Park before they are shipped to Poland.

GMFRS said they had heard plenty of “heartwarming” stories of the community’s generosity and support over the weekend.

Read more: Firefighters in Greater Manchester are being given bullet proof vests

When firefighters at Farnworth fire station were called out to an emergency incident, members of the public took it upon themselves to wash cars and still donated generously.

GMFRS also received thanks from local residents and organisations with links to Ukraine.

At Whitefield fire station, a resident from Ukraine dropped by to thank crews and volunteers, while at Agecroft, members of the Eccles Polish Centre also gave their thanks and sandwiches to GMFRS staff, who have recently been helping to sort donations at the centre.

The fire service’s fundraising efforts aren’t ending there either.

Later this week, a team of volunteers from GMFRS will join a national convoy to deliver fire and rescue equipment to support firefighters on the frontline in Ukraine.