The footage reportedly showed them bragging that they would be selling the stolen clothes online afterwards. 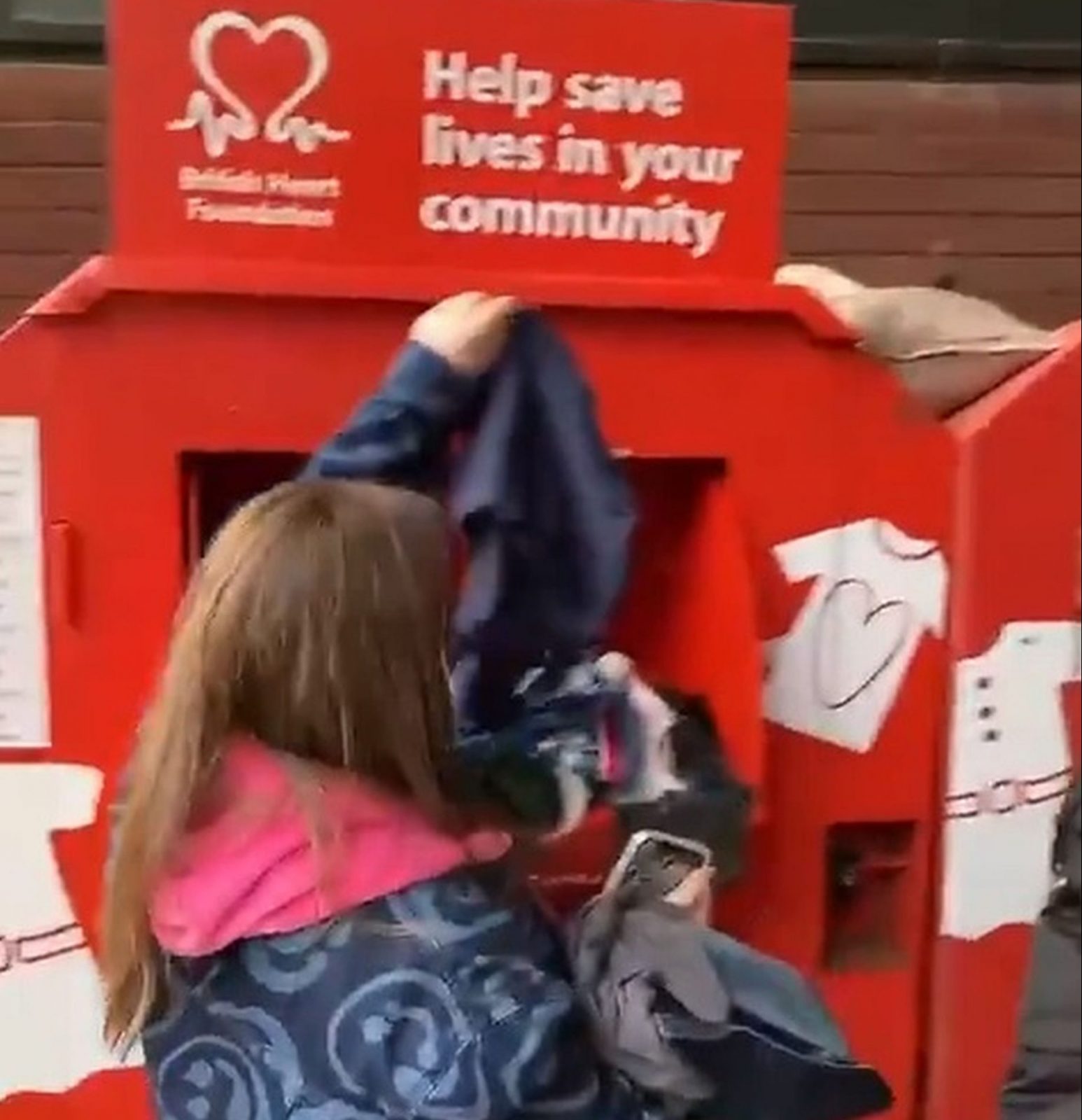 A group of students filmed stealing clothes from inside a charity bin have been branded as “morally redundant” by angry members of the public on social media.

The emerged video footage – which amassed thousands of views after being shared on TikTok and Twitter, before being removed following mounting backlash – showed one male and three female students stood around the clothing bin, while one of the girls appears to help herself to items and attempt to show off the brand names on interior tags of the garments.

It also reportedly showed the students bragging that they would be selling the stolen clothes online afterwards.

Viewers were left in uproar and took to social media to express anger as they claimed the clip was uploaded with the caption “@ my depop”, believed to be in reference to the online selling site and app where second hand clothes are often sold.

The students were branded “shocking and disrespectful”, “morally redundant” and more by TikTok and Twitter users.

Meanwhile when the video was shared on Facebook, some people were a little bit more sympathetic towards the involved students.

One commenter wrote: “Obviously may not be the case, but I can’t assume just by how they look what they’re going through, they could be homeless/insecure housing/broke/cut off from parents etc and might be trying to literally survive, obviously if that isn’t the case yeah this is minging.

Other Facebook users weren’t as willing to give the students the benefit of the doubt.

Manchester Metropolitan University is now said to investigating the video footage, as the incident is believed to have happened at a British Heart Foundation donation site on their campus.

The university said that it was aware of the video footage circulating.

It confirmed that the donation bin was on their campus, but while the youths in the video have been widely referred to as students online, it still remains unclear as to whether they are of university age, or which establishment they attend.

A Manchester Metropolitan University spokesman said in relation to the video: “We’re aware of a video on social media relating to clothing donation units on the university campus and are currently investigating further”.

The British Heart Foundation has also been approached, but has declined to comment at this time.