MCR Student Social is back and bigger than ever. 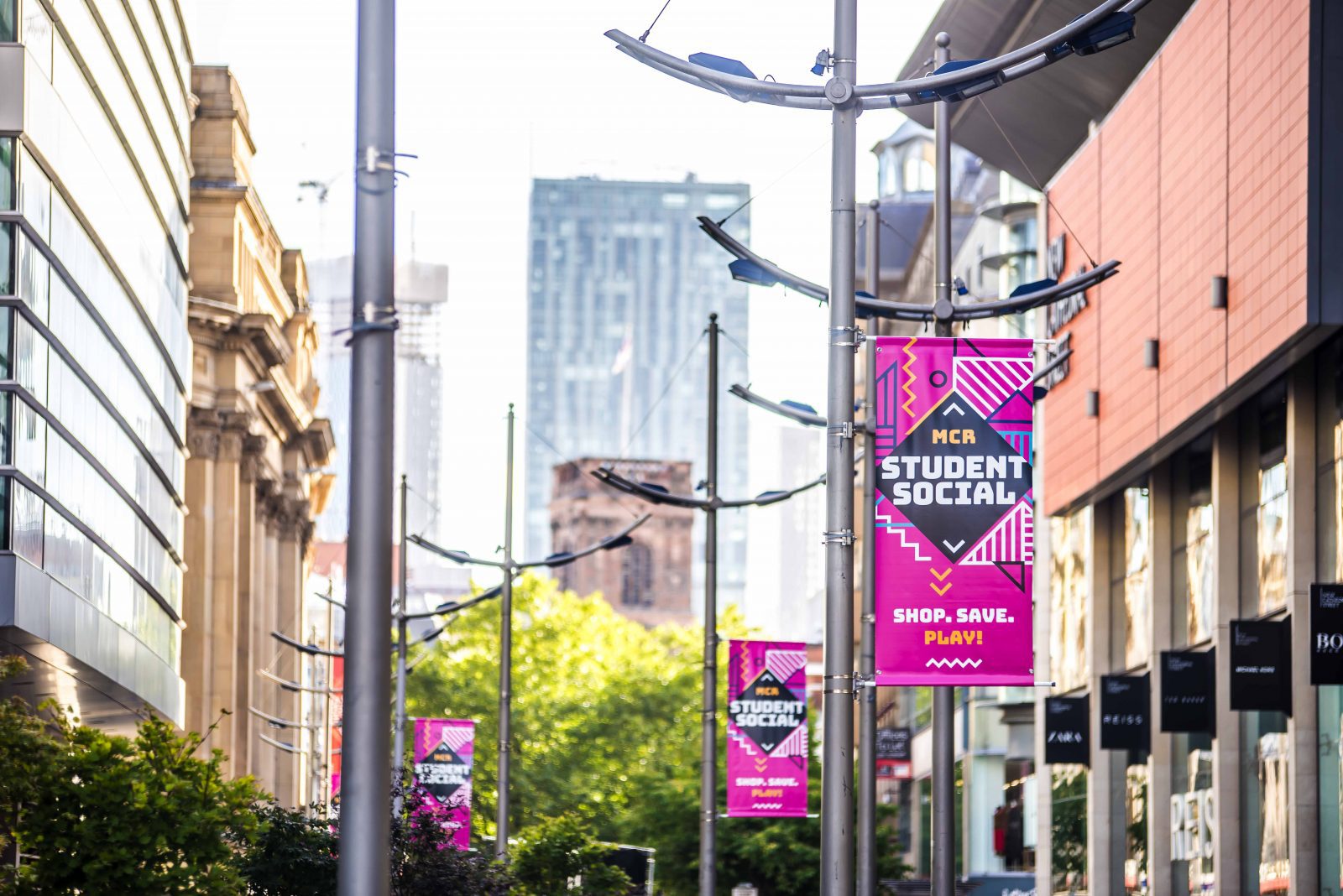 It’s the start of the new academic year, and Manchester’s biggest student shopping event returns to the city centre this week.

After a year off in 2020, MCR Student Social is back and bigger than ever, bringing a whole host of discounts across four days so that both new and returning students can make the most of unmissable offers in the Arndale, and at stores throughout the city centre from Thursday 30 September – Sunday 3 October.

Over 120 designer, high street, and independent stores will be giving up to 50% off.

Not only that, but there’s also big discounts on food and drink in a range of chain restaurants including 50% off at Wolf Italian Street Food, 33% off at Pizza Hut, and 30% off at Bella Italia.

There’s also 20% off at Archie’s, Auntie Anne’s, and Bagel Factory.

Here’s a full list of all the places taking part:

If you’re looking to really make the most of the event, make sure you can head down to the Arndale and surrounding streets on 30 September between 12-7pm for the MCR Student Social official launch party.

Market Street will be buzzing with live entertainment and DJs, amazing food, competitions and giveaways, and loads more activities to get involved with.

There’ll be exclusive freebies, vouchers, and special prizes to win.

MCR Student Social is organised by Manchester Arndale and Manchester Business Improvement District (BID), in collaboration with The Manc.