One of the city centre's oldest watering holes has been sold to Manchester-based brewery chain, Joseph Holt. 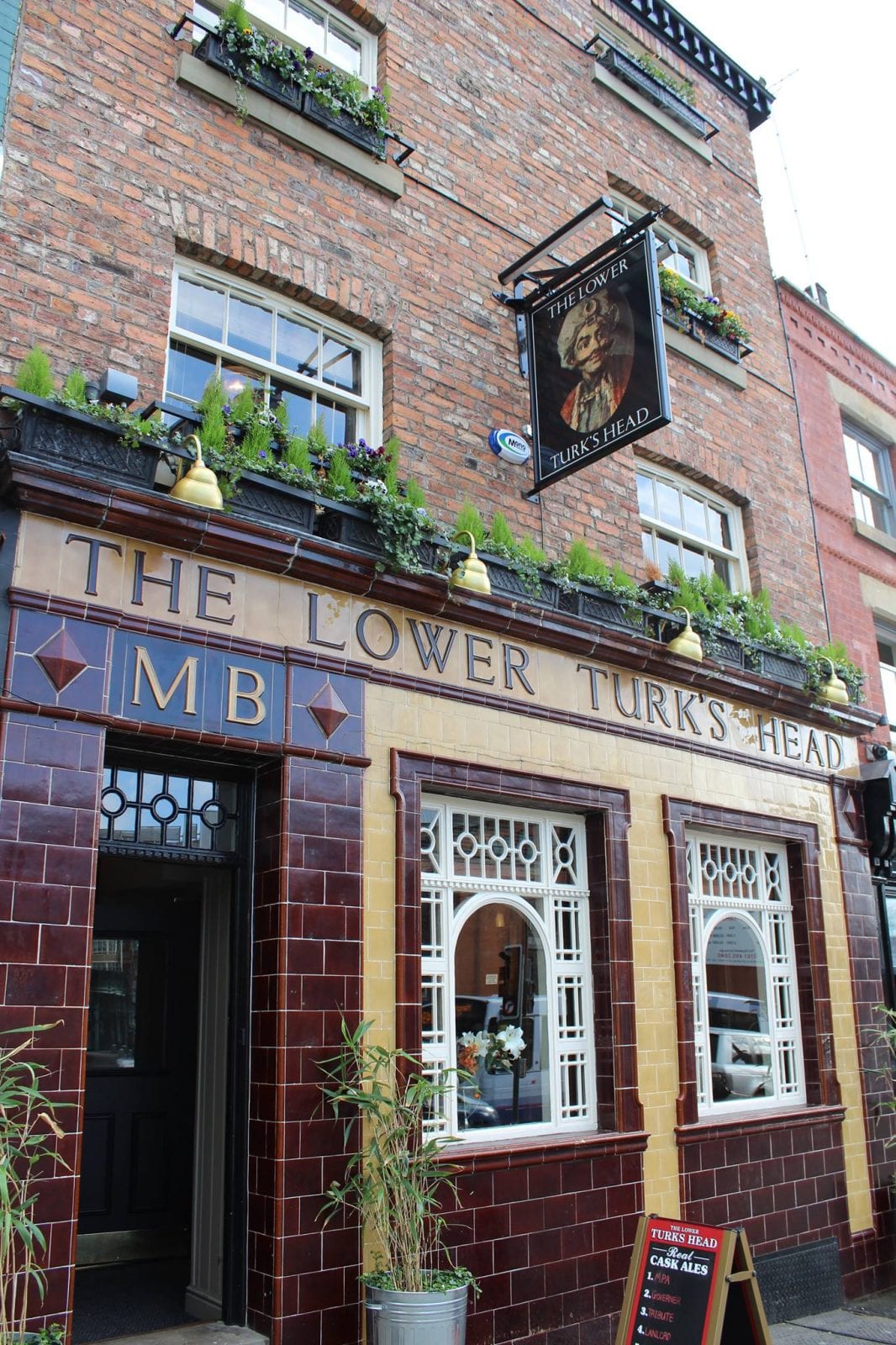 It has been confirmed today that one of Manchester’s oldest and most iconic pubs has been saved from permanent closure.

The Lower Turks Head & Scuttlers Wine Bar at Shudehill has been sold to Cheetham Hill-based brewery chain, Jospeh Holt – an independent family business which operates 127 pubs throughout Greater Manchester and the North West – for an undisclosed sum, and forms part of the brewery’s “ongoing commitment to rejuvenating Manchester city centre” as we begin to emerge from lockdown.

The brewery has plans to drop the name ‘Scuttlers Wine Bar’, and so the pub will become known purely as Lower Turks Head.

Dating back to 1745, The Lower Turks Head was once an old stagecoach stop and enjoyed a proud heritage through successive centuries, before closing its doors last August.

If you’ve ever stepped foot inside the deceptively-deep and roomy venue, you’ll know that the pub is crammed with distinctive fixtures and fittings, including a long wooden bar, checkerboard floors, wooden staircases, cut tables and cubby hole seating.

Its ornately tiled façade makes it a distinctive landmark in the centre of Manchester too.

Lower Turks Head is set to reopen to the public by first offering the full range of award-winning Joseph Holt cask ales and lagers, followed by plans to introduce a unique food offering later in the year, and on top of that, as one of central Manchester’s few small pub hotels, it’s also known as a place to enjoy bed and breakfast accommodation, which the brewery has confirmed it will keep operating and let out as the city centre starts to recover.

Lower Turks Head joins Joseph Holt’s already established collection of city centre pubs, which includes the Ape and Apple, the Crown and Anchor, the Old Monkey, the Eagle Inn and The Shamrock, the latter of which is set to reopen following a full re-development in 2022.

“Joseph Holt is deeply entrenched in the history of Manchester and sees the Lower Turks Head as part of that heritage too,” Marketing Manager, Paul Longmire, said.

“Our brewery has a keen sense of nostalgia but as much as we treasure the past, Joseph Holt regards it as a way of guaranteeing the future of the city too [so] we’re sure the Lower Turks Head, along with our other central Manchester pubs, will lead the way in bringing drinkers back into the city”.

Lower Turks Head is set to reopen to the public in June.